Ex-NFL player Antonio Brown, 31, is countersuing his former female trainer who claims he raped her on three different occasions.

Mr Brown has denied the allegations made by Britney Taylor in a civil suit and is now suing her for defamation and interference with his career at National Football League and subsequent endorsements, stated documents uncovered by ESPN.

The former personal trainer filed her allegations against Mr Brown on September 10, three days after he left the Oakland Raiders to join the New England Patriots.

Ex-New England Patriots wide receiver Antonio Brown looks on before the start of a game against the Miami Dolphins at Hard Rock Stadium in Miami Gardens, Florida, on September 15 2019

In her lawsuit, she says he ‘preyed’ on her ‘kindness’ and ‘religious devotion’ by pretending to share her faith. 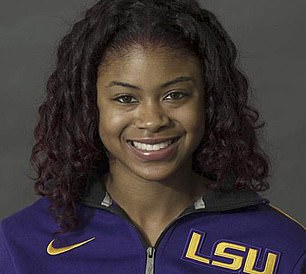 Britney Taylor, 28, claims Antonio Brown raped her in 2017 and 2018 while she worked for him as his personal trainer

He played one game for the new team before they cut him on September 20 after a second set of allegations from another woman emerged against him.

Ms Taylor and Mr Brown first met whilst at collage.

The countersuit was made in response to Ms Taylor’s refiling of allegations at Broward County Circuit Court on November 1, the documents stated.

In the countersuit Mr Brown claims that Ms Taylor had tried to get a $1.65 million investment from him for her gymnastics business after he signed a $72 million deal with the Pittsburgh Steelers – and only began a ‘campaign of lies’ after this failed.

Mr Brown’s suit alleges: ‘After enduring a failed business endeavor and also failing to gain the relationship status she desired with Brown.

‘Taylor began a vicious campaign of lies and deceit targeting Brown both personally and professionally.’ 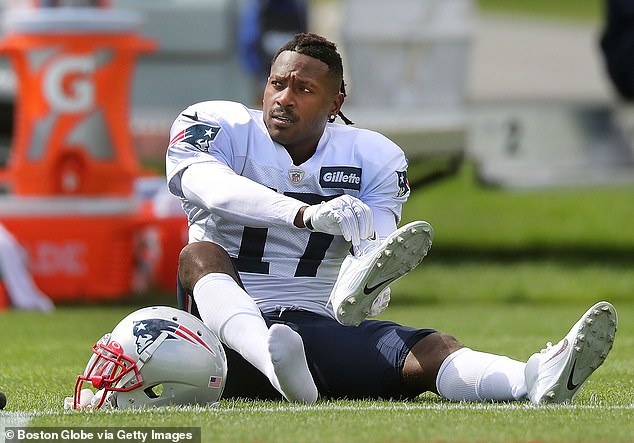 ‘Taylor’s acts have all but ruined Brown’s career, causing him to lose a number of substantial and lucrative business contracts, and impacting the public persona in such a manner as to cause Brown and his family significant personal and financial harm.’

Ms Taylor’s lawyer, David Haas, responded last night and said that his client would ‘not be bullied’.

Mr Haas said: ‘Today, Antonio Brown countersued the woman he raped and blamed her for the self-destructive conduct that led to the demise of his NFL career. 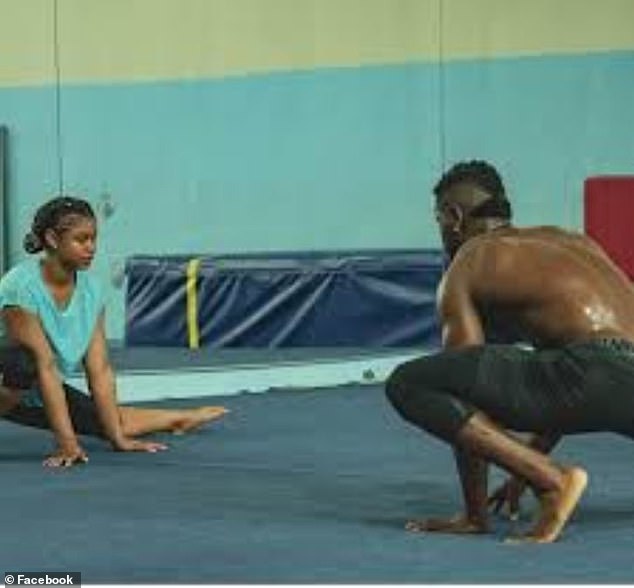 ‘In the past, Defendant Brown has used intimidation to avoid responsibility for his actions.

‘However, Ms. Taylor will not be bullied and remains steadfast in holding Defendant Brown accountable.’

Mr Brown remains under investigation by the NFL over the rape allegations – and recently spent eight hours being questioned by them.