Cambridge students have accused a former Oxfam chief who heads their college of having a ‘cavalier attitude’ to sexual misconduct.

She has been accused of covering up the misconduct and of withholding details of the episode from the Charity Commission.

Now students at the college are revolting against her, saying she did not take allegations of sexual impropriety seriously enough while at Oxfam, which she left in 2013 to take up her Cambridge post.

They also questioned her ability to guard the welfare of ethnic minority students at the women-only college because of the ‘colonial’ way in which she had handled the scandal.The student union criticised the college president for ‘smirking and smiling’ while discussing the allegations on TV, ‘signalling a complete lack of regard for the victims of sexual exploitation’. The students said in a statement that to say ‘these things happen’ in places ‘where there is no rule of law’ moved the burden of responsibility away from the culprits.

This attitude bought into the ‘colonial narrative’ as those responsible were white, they added.

The statement continued: ‘Unfortunately, Dame Barbara’s conduct has had a serious impact on students’ ability to feel at home in college, where we must brush up against her in corridors and dining spaces every day.

‘We believe Dame Barbara’s lack of regard for black women’s lives in Haiti is impossible to disentangle from her conduct in college and the welfare of BME (black and minority ethnic) students.’

It criticised a decision by the college authorities to express support for Dame Barbara before asking students what they thought, and then implying in public statements that the student body was ‘universally supportive’. It was unlikely that trust could be rebuilt between students and the college authorities while Dame Barbara remains in charge, the statement said. It described the situation as ‘unconscionable’. 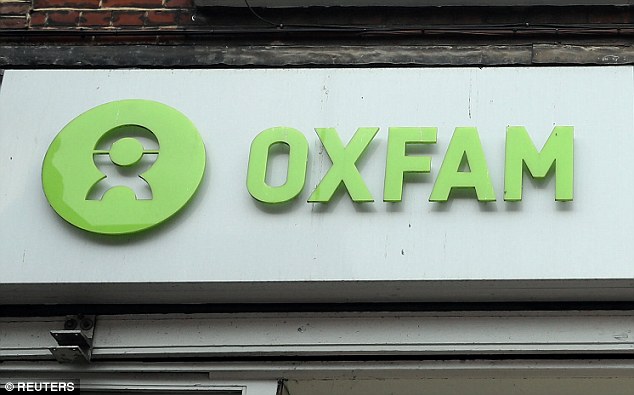 The college is currently standing by Dame Barbara.

Dr Juliet Foster, senior tutor at Murray Edwards, has now apologised for failing to communicate with students before issuing a formal response to the row, according to the Cambridge University newspaper Varsity.

International Development Secretary Penny Mordaunt has been one of Dame Barbara’s strongest critics, suggesting she deliberately withheld details of the scandal to preserve Oxfam’s reputation.

Yesterday she told a conference the entire overseas development sector had lost sight of its duty to put the beneficiaries of aid first.