A former paratrooper who fought ISIS in Syria following the Manchester Arena Bombing has told of the ‘heartache’ of being arrested on terror charges and held in jail for seven months following his return to the UK – only for his case to be dropped.

Afghanistan veteran, Daniel Burke, 32, was inspired to travel to Syria and join the YPG militia in the fight against ISIS after 23 people were killed in the attack at an Ariana Grande concert three years ago.

Despite enduring ‘terrifying’ fighting in the South of Syria to help push out ISIS, the former soldier from Wythenshawe, Manchester has been held in prison since December after UK officials arrested and charged him with three terror offences.

Former British Army paratrooper Daniel Burke, 32, travelled to Syria to fight ISIS after being shocked by the Manchester Arena Bombing in May 2017

‘What it came down to was the CPS, they’ve got a personnel vendetta against people like me.

‘They basically are the law and they don’t like other people taking the law into their own hands.’

Mr Burke said he had seen a bail application refused six weeks ago as he faced ‘overwhelming evidence,’ of his guilt, two weeks later the charges were dropped.

Following defence disclosure applications, it was announced at the Old Bailey on Friday, July 3, the prosecution would offer no evidence against Mr Burke. 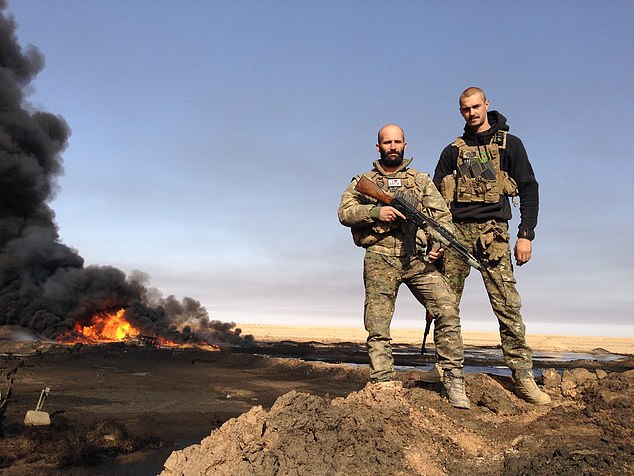 Daniel (left) pictured with Oliver Hall, a fellow YPG resistance fighter who died while clearing mines in Raqqa in 2017

The first charge against Mr Burke alleged he assisted Daniel Newey to commit, prepared or instigate an act of terrorism last October.

The second charge alleged he was involved in an arrangement with others to provide money and military equipment while having reasonable cause to suspect that it would or may be used for the purposes of terrorism.

He was further charged with engaging in conduct in preparation to commit, prepare or instigate an act of terrorism between October 7 and December 7 last year. 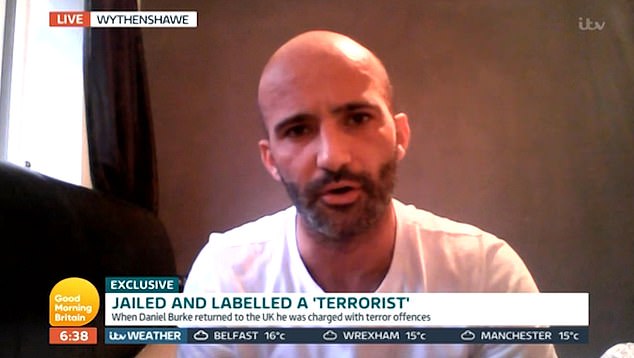 Daniel Burke was held in prison on terror charges for seven months, until his case was dropped at the beginning of July 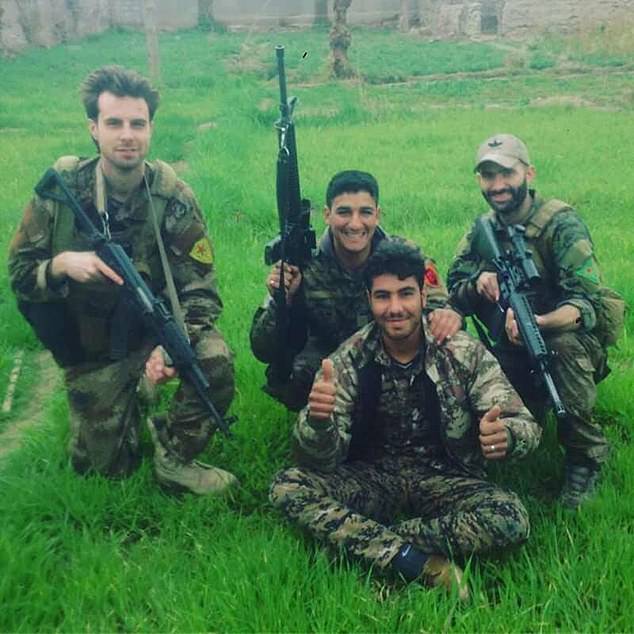 He had been arrested at a port on his way to Spain, where he told GMB he plans to set up a resort for veterans and other people with PTSD to visit and relax.

Despite his decision to join Kurdish fighters in the fight against ISIS leading to his arrest, Mr Burke said he had no regrets.

He said: ‘It was definitely worth it. The best way to describe it, on the front line over there your enemy’s in front of you. In Afghanistan you never actually had a front line, so every centimetre, inch you take of that land you’re liberating a people that’s been oppressed for the last four years since had taken over.

‘My areas of operation were down in the South as we pushed forwards, pushed ISIS backwards, civilians would come out behind us take off their Burkhas, burning them, some of the hugs that you got and seeing those people being liberated day after day, that paid for it, really did.’

Speaking of his time awaiting trial at HMP Wandsworth, he said: ‘I was angry, really really annoyed, you don’t really tend to sleep at all.

‘You know for a fact you’re innocent, that’s one thing I liked about my case, all I had to do was tell the truth. 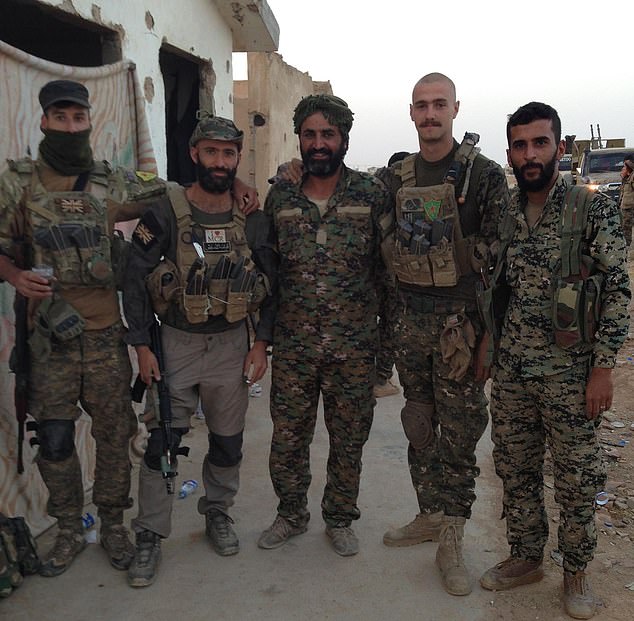 Despite spending seven months in prison, the former soldier (second left) said it was ‘definitely worth,’ travelling to Syria

‘But at the same time it felt there was a hidden agenda to push this case forward.

‘About three to four weeks ago we applied for bail and it got turned down because CPS had overwhelming evidence against me and it’s futile to even bother giving me bail.

‘Two weeks after that I was told there’s not enough evidence and my case was being dropped.

‘The thing I want to know is what happened between those two weeks that turned this case upside down.’

Mr Burke told viewers he still trying to ‘get his life back together,’ but has plans to travel to Spain to set up a rehab centre for people with PTSD.