Ex-partner is charged over gruesome murder of young mum, 22, who was stabbed to death in Newcastle

A man has been charged with murdering his ex-girlfriend after police found a toddler soaked in her blood at their home.

Mackenzie ‘Max’ Anderson, 21, died outside her home after an alleged domestic violence attack in the Newcastle suburb of Mayfield about 10.40pm on Friday.

The scene was described as being so grisly it shocked the hardened senior police officers who attended.

Tyrone Thompson, 22, was arrested at the scene and the police allege he broke into Ms Anderson’s home on Crebert Street and attacked her. He was charged with her murder on Sunday afternoon.

Mackenzie Anderson, 21, died in a brutal alleged stabbing that left her toddler soaked in blood and shocked hardened police and emergency services 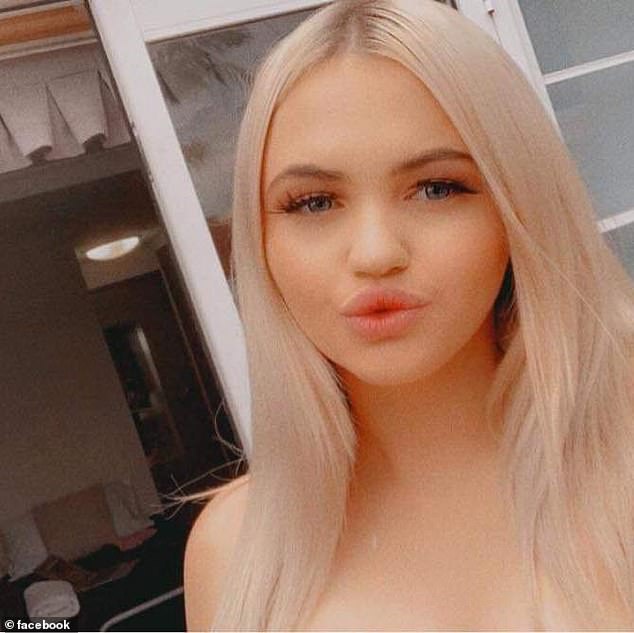 The young mother posted on social media that she was a recovering drug addict, having used meth from the age of 16.

She made an emergency triple-0 call at about 10:40pm on the night of her death to report a man had broken into her home.

Police said they found the young mother lying on the landing last Friday outside her Crebert Street unit with horrific injuries.

Thompson was taken to John Hunter Hospital with a hand wound where he had remained under police guard.

On Sunday afternoon he was formally charged with murder, enter with intent and breaching an apprehended domestic violence order.

Thompson is understood not to be the father of the child. 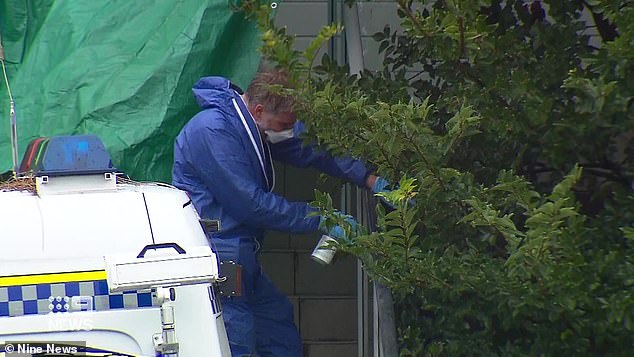 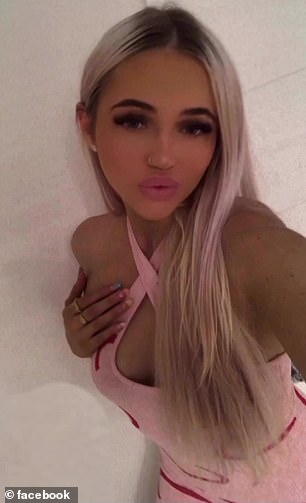 ‘I’ve just spent the last 20 minutes or so viewing body worn footage and it was a horrendous scene, horrendous,’ he said.

Ms Anderson died outside her unit despite desperate attempts by paramedics to save her.

Police confirmed her son, 3, was found ‘covered in blood’ but was not injured.

Ms Anderson often used her Facebook account to comment on or forward reports of alleged domestic violence, such as the recent alleged killing of Charlise Mutten, 9, in NSW.

She once posted a comment above a photo of some young men sitting on a wall, saying ‘highly embarrassing, I had a baby to someone like this.’ 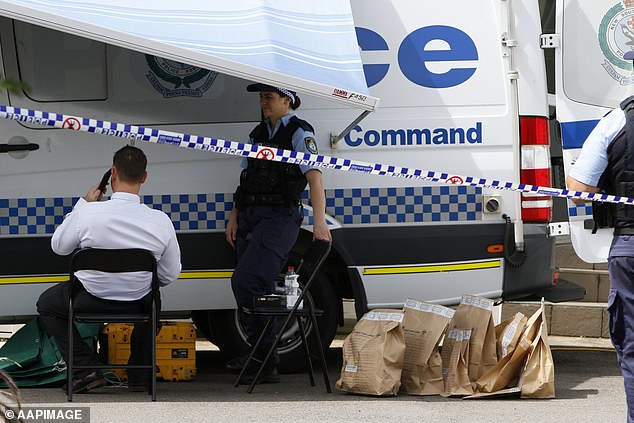 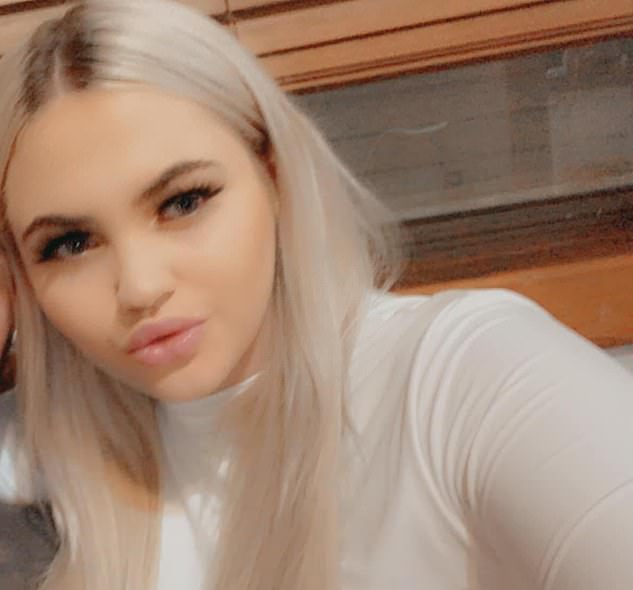 Mackenzie Anderson, 21, is pictured. The young mother was killed at her home last week

Ms Anderson responded to another commenter, saying ‘I’m not really being funny… this is his friend group… kill me.’

She also posted a cartoon comparing male and female parenting, implying that women had a much harder job in being considered a good parent.

Ms Anderson had battled drug addiction from the age of 16.

On May 25, 2019 she posted on Facebook that ‘addiction is a real thing, addiction is a disease that makes you too selfish to see the havoc and mess in your life that you created or care about the people’s who’s lives you shattered and hurt.

‘It makes you blind to who you are when you are high.

‘I’ve been clean from ice for three years now and I still count myself as a person in recovery, only in the process of fixing myself from being an addict is when I found out who I really was.’ 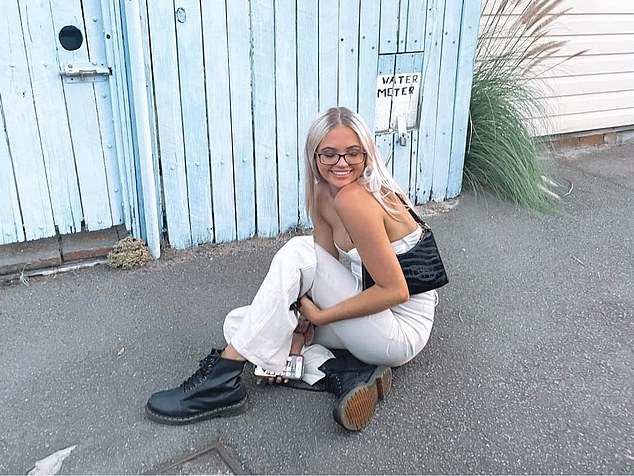 Four ambulances and a specialist care team tried to save Anderson but to no avail.

Superintendent Humphrey confirmed the child found at the scene was ‘unharmed’ and is now safe with relatives.

‘Police arrived to find a 21-year-old woman critically injured lying outside her home. Police and NSW Ambulance paramedics rendered assistance but the woman died at the scene.

‘She had suffered a number of stab wounds.’

Police initiated Strike Force Slant to investigate her death and the circumstances.

Ms Anderson’s shocked family and friends began to pay tribute on Saturday after hearing of her death. 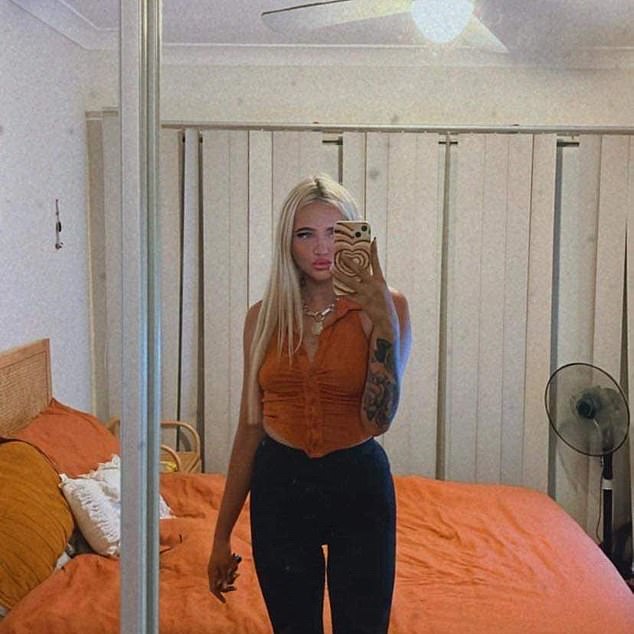 A friend of Ms Anderson’s commented: ‘My heart is with your baby and family at this traumatic time… Your son will be protected for you.’

Another wrote: ‘I’m gobsmacked. This world is such a dark, terrible place.’

A male friend said he ‘got a call this morning you were gone. I couldn’t believe it.

‘I guess God needed another angel. Shine bright up there beautiful, you’ll always be my best friend, on my mind is where you’ll stay with them memories.’

A female friend said she was ‘sick of losing my close friends to either drugs or violence. This world has to change.

‘You had such a beautiful life ahead of you with your beautiful boy. My girl I’m gonna miss you dearly.

‘My heart is broken… I’ll miss you every day. I love you so much. Your son will always remember how beautiful his mother was.’ 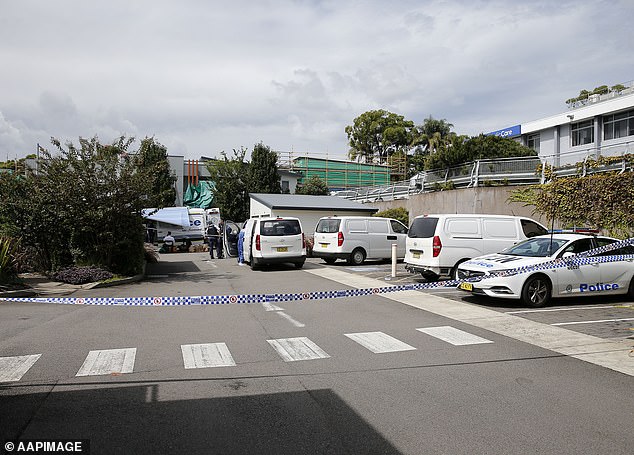