Anthony Padgett, 52, a former Tennessee police chaplain, was sentenced to 12 years of probation after pleading guilty to four counts of incest

A former volunteer police chaplain from Tennessee was sentenced to probation and no prison time after he admitted to repeatedly committing incest  on a teenage girl.

In addition to the four counts of incest, Anthony Padgett, 52, also pleaded guilty on Wednesday to solicitation of a minor and violation of an order of protection/restraining order.

As part of the plea agreement with the prosecution, other counts were dropped, including solicitation of first-degree murder stemming from an alleged plot to hire a man to kill Padgett’s victim, reported WCYB.

According to the Washington County Criminal Court Clerk’s Office, Padgett was sentenced to 12 years of probation.

Padgett, from Johnson City, was arrested in 2018 after a woman filed an order of protection against him, claiming that she was raped by the former police chaplain more than 100 times over a two-year period, beginning when she was just 15 years old. 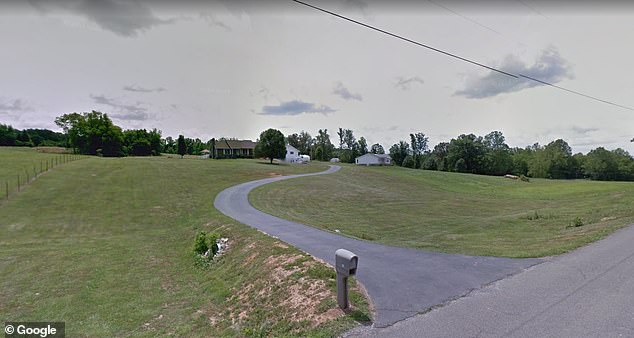 Padgett, who lived on this property in Johnson City, was previously accused of offering his cellmate money to kill his rape victim and her boyfriend

Padgett was released on bond, but he was re-arrested for allegedly violating the order of protection by contacting the victim on social media, reported Johnson City Press.

While in jail, investigators said Padgett offered a cellmate nearly $10,000, with $1,500 of that sum paid up front, as well as a vehicle, guns and ammunition, prescription pills and a gun cleaning kit, to murder the victim and her boyfriend.

Padgett allegedly wanted his targets to die in a car crash, or by any other means.

In January 2019, a grand jury indicted Padgett on more than 30 new charges, including 19 additional counts of incest, 12 counts of statutory rape by an authority figure and continuous sexual abuse of a child.