Ex-Radio One presenter Tony Wyn-Jones has died aged 77 after suffering with a long illness.

The DJ, said to be Bonnie Tyler’s favourite, died yesterday at his home in Neath, Wales.

His son, Andy, broke the news on Facebook by writing: ‘Dear friends. This is Tony’s son Andy posting this.

‘Sad to let you all know that my dad passed away early this evening. Funeral details are obviously yet to be confirmed and as you know their will be restrictions due to covid sadly.

‘If I don’t respond to any messages apologies in advance. Thank you all for being amazing friends to my dad and wish you all love and best wishes and good health to you all.’

The DJ ‘legend’ worked at Radio One from 1969 to 1973 after impressing the resident DJ at a famous club in Swansea called Top Rank.

The DJ, said to be Bonnie Tyler’s favourite, died yesterday at his home in Neath, Wales

Jones continued DJing after leaving the BBC until he became ‘really ill’.

Mr Wyn-Jones was married to wife Glenys for 53 years, and they had three sons together, David, Andy and the late Jonathan, along with eight grandchildren and nine great grandchildren.

Glenys said: ‘He used to go around the holiday camps DJing with Radio 1 and whenever I could get time off I would go with him.

‘It was exciting and and he met some big names in music like Cliff Richard, The Fortunes, Badfinger. Bonnie Tyler would say he was her favourite DJ ever.’

She added: ‘He loved his records and went on DJing for a hell of a long time until he got really ill. 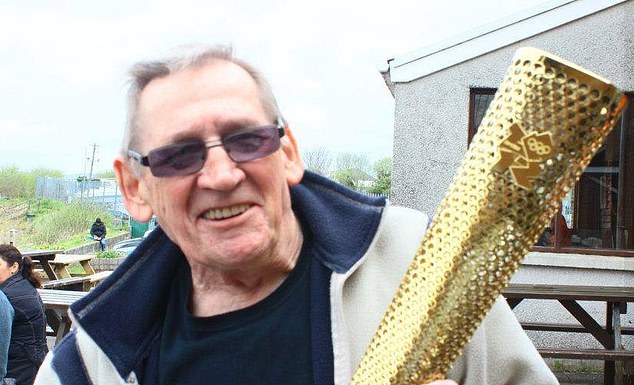 ‘Everyone says he was the best DJ there ever was. He was called a legend. I used to say to him, ‘they’re calling you a leg end love’, leg end is what I used to call him.

‘We were married 53 years and we had some really fun times.’

Steve Dewitt, who became Mr Wyn-Jones’s assistant DJ aged just 13, said: ‘My dad was the professional photographer at Top Rank in 1969 and that’s where I met Tony and he gave me the chance to become his assistant.

‘You can imagine what it was like as a 13-year-old being a DJ at the Top Rank. I had always wanted to become a DJ.

‘It was not just me he gave that opportunity to. Other local DJs in Swansea started with Tony Wyn-Jones.’

Later in life, Tony went on to manage many different venues, and continued DJing for a long time. He also gave the match day announcements at the old home of Swansea City Football Club, The Vetch Field.

Mr Wyn-Jones went on to become a member of his local Neath Port Talbot Council for Bryncoch South between 2008 and 2012.

He was also a Blaenhonddan community council member. The leader of Neath Port Talbot Council, Rob Jones, told Wales Online: ‘My heartfelt condolences go out to the family, especially at this time with the restrictions being placed on us through Covid-19.’