Ex-soldiers get bail in murder case after 25 years

More than 25 years after being locked away for a killing their lawyers say they didn’t commit, three former soldiers are preparing to go home to spend the holidays with their families.

Mark Jason Jones, Kenneth Eric Gardiner and Dominic Brian Lucci were in their early 20s when they were convicted of murder in the Jan. 31, 1992, slaying of Stanley Jackson in Savannah, Georgia.

Prosecutors said the crime was racially motivated. The three former soldiers are white, and Jackson was black.

The Georgia Supreme Court last month ruled that state prosecutors improperly withheld evidence that would have helped their defense, and the men were entitled to a new trial.

Prosecutors haven’t said yet whether they’ll retry the case, but a judge in Savannah on Wednesday set bail at $30,000 apiece.

Their lawyers expected the men to be released later in the day.

‘I have so many emotions going on right now I’m not sure which one to pick first,’ Deborah McGill, Jones’ mother, said by phone after the bond hearing. ‘Obviously, I am thrilled.’

This updated photo provided by the Chatham County Sheriff’s Office shows Mark Jones, one of the three men convicted in the murder of a black man in January 1992 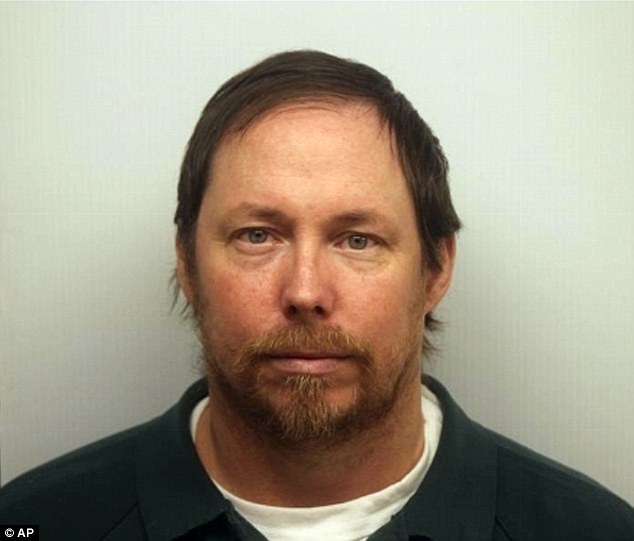 Kenneth Gardiner is shown. He is one of the three men convicted more than two decades ago in the slaying of Stanley Jackson in Savannah, Georgia 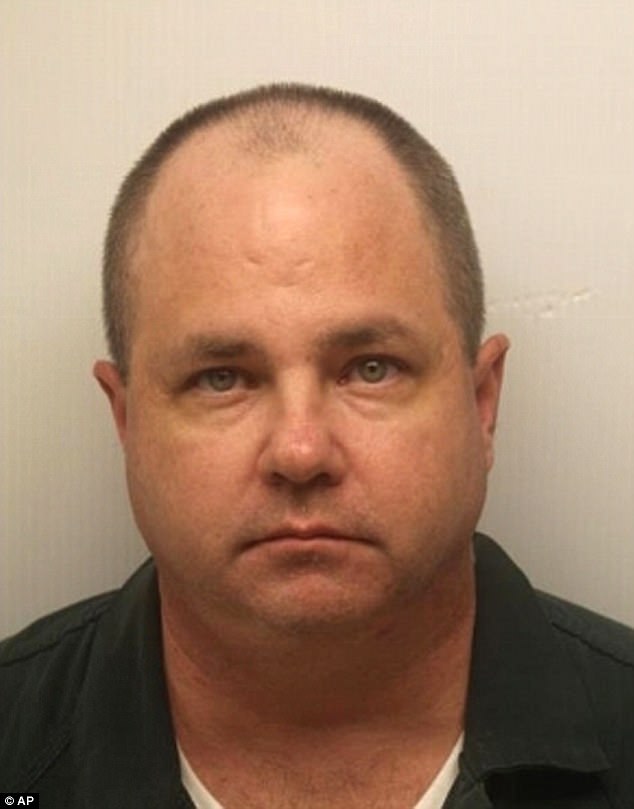 Dominic Lucci is pictured. A judge in Savannah on Wednesday set bail at $30,000 apiece for all three men after the Georgia Supreme Court ruled that state prosecutors improperly withheld evidence in their defense

Once the three are released, their families and friends plan to take them out to dinner to celebrate, McGill said.

Then they plan to head home, likely on Thursday — Jones to Port Aransas, Texas; Gardiner to Henderson, Texas; and Lucci to Euclid, Ohio.

Jones was 20, Gardiner was 21 and Lucci was 22 when they were arrested. Now in their mid- to late 40s, they have spent more than half their lives in jail.

Soldiers at Fort Stewart at the time of the killing, they had spent the evening of Jan. 31, 1992, at the rehearsal dinner in Hinesville for Jones and his fiancée, who were set to marry the next day.

Around 9:30 p.m., they headed into Savannah for an impromptu bachelor party.

Dawn Barnett, Jones’ then-fiancée, told The Associated Press she remembers giving him a half-joking warning as they headed off: ‘Don’t you dare call me and tell me you’re in jail at 3 in the morning because of drunkenness.’

Around 10 that night, Jackson was gunned down while standing on a street corner in a high-crime part of Savannah. The three soldiers were arrested a short time later.

Barnett said that 3 a.m. call she had joked about turned out much worse than she could have imagined: Her fiancé and his friends were in jail charged with murder.

The three were convicted in November 1992 of malice murder and possession of a firearm during the commission of a crime and sentenced to life in prison plus five years. 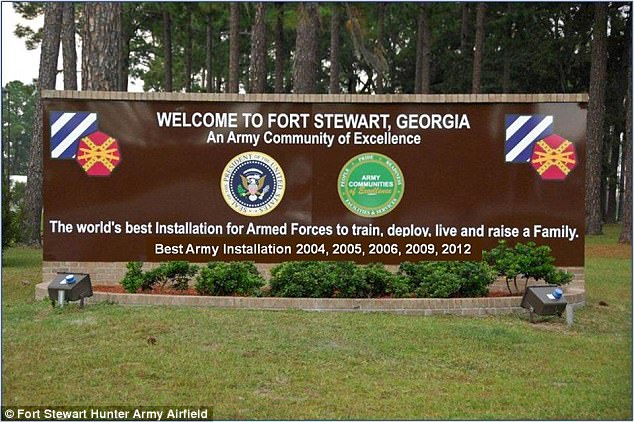 The three men were soldiers at Fort Stewart at the time of the killing. New evidence in the case has been revealed decades later

The Georgia Supreme Court upheld their convictions in June 1994.

Centurion Ministries, which works to free innocent people, took up their case in 2009.

Peter Camiel, one of the men’s lawyers, said the evidence against them was extremely weak.

There’s no way, based on when they left the rehearsal dinner, that they could have made it to the shooting site in time and no physical evidence tied them to the killing.

Eyewitness James White, who testified at trial, later admitted that he hadn’t gotten a good look at the shooters and was pressured to identify the soldiers at trial.

A female Army officer testified at trial that Jones had told her on base earlier in the day that he was going to Savannah that night to shoot someone, saying, ‘I got a black guy up there I got to get.’

But she changed her story several times, and Jones hadn’t even been on base that day because he was on leave for his wedding, Camiel said.

The Georgia Supreme Court found last month that prosecutors failed to give the defense a police report describing an incident several hours after the men were arrested.

A witness said white men with military style haircuts and semi-automatic weapons drove through a public housing project threatening ‘to shoot blacks who hung out on street corners.’

‘It’s just absurd to think that they were even charged, let alone convicted,’ Camiel said.

Barnett said she was always convinced that Jones and his friends weren’t guilty.

She and Jones stayed together for a while after he was convicted, but he eventually broke up with her to let her get on with her life.

She has since married, divorced and is in love and engaged again.

She cried over the phone Wednesday as she talked about the past, saying it’s never far from her heart.

She still has fond feelings for Jones and wouldn’t mind being in touch, she said.

Upon learning that bail had been granted for the three men, she began crying again: ‘These are tears of joy that they get to go to their families.’