Ex-South Africa football star is assassinated: Former player whose legs Oscar Pistorius once threatened to break in a row over a woman is shot dead by two hitmen at his home

A former South African football star who was once threatened by Oscar Pistorius has been shot and killed outside his home in a suspected assassination.

Mark Batchelor was gunned down by two men on motorbikes as he pulled into his driveway in Olivedale, Johannesburg, around 6pm on Monday.

Police say they have opened a murder investigation. Pictures being circulated on social media show the windscreen of Bachelor’s car riddled with bullets.

Batchelor had previously claimed that Oscar Pistorious had threatened to break his legs in a row over a woman, and was present during his court case for shooting dead girlfriend Reeva Steencamp. 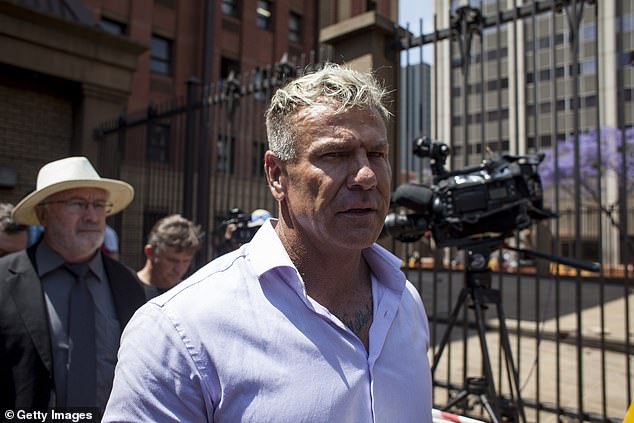 Former football player Mark Batchelor, who was in court at the Oscar Pistorius case, on October 12, 2014. He previously claimed Pistorius had threatened to break his legs in a dispute over a woman 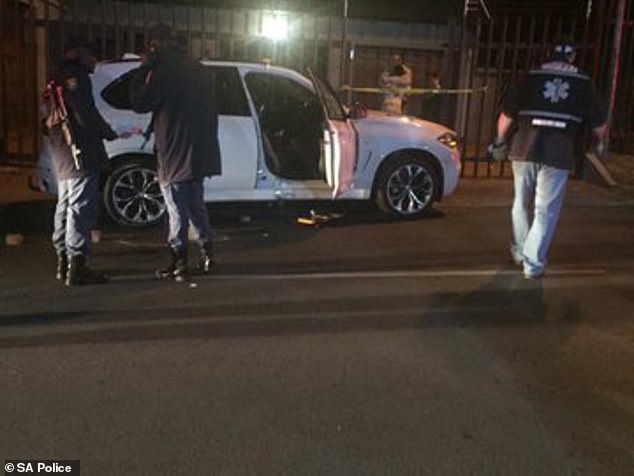 Police investigating the shooting of football star Mark Batchelor, who was shot outside his home 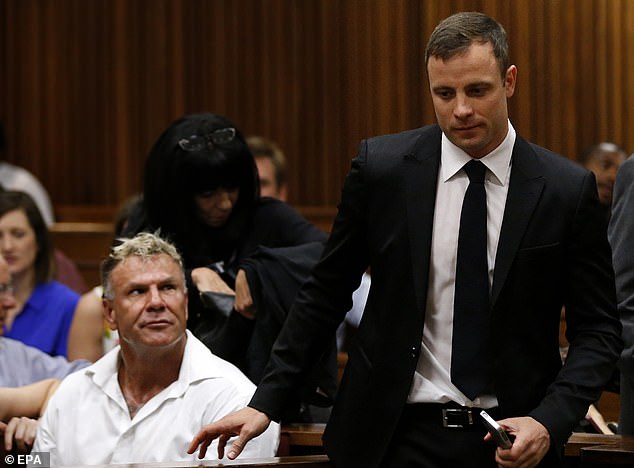 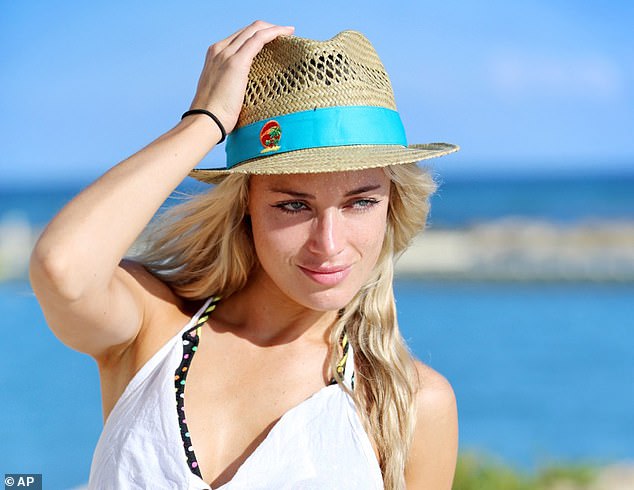 Pistorius shot dead Reeva Steenkamp (pictured) in the early hours of Valentine’s Day in 2013 when he fired four times through the locked door of his bedroom toilet, later saying that he thought she was an intruder

The former Kaizer Chiefs and Orlando Pirates soccer player said Pistorius made his threat because he thought Mr Bachelor was sleeping with his then-girlfriend, Samantha Taylor.

Investigators say the motive for Monday shooting is not known, and they have not yet identified a suspect.

Batchelor would regularly sit with Steenkamp’s family during proceedings.

Pistorius shot dead Reeva Steenkamp in the early hours of Valentine’s Day in 2013 when he fired four times through the locked door of his bedroom toilet, later saying that he thought she was an intruder.

Former striker Mr Batchelor played for a number of clubs in South Africa , including Kaizer Chiefs and Orlando Pirates.

He is perhaps best remembered for being part of the Pirates team that won the African Champions League tournament in 1995.