The 28-year-old from Peterborough, who just missed out on PT4 gold by claiming silver at Rio 2016, finished with a time of 1:04:46, which was 41 seconds ahead of Rio 2016 champion Grace Norman who took the silver.

ParalympicGB’s Claire Cashmore also ended up on the podium by taking the bronze medal with a time of 1:07:36. It is the 33-year-old’s ninth Paralympic medal having picked up her first in Athens 2004. 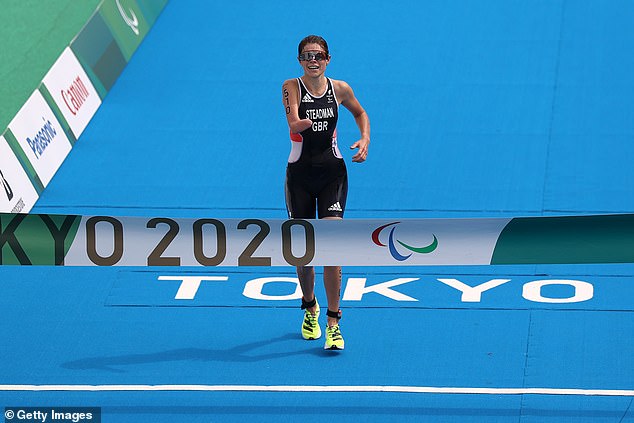 Steadman finished with a time of 1:04:46 to win her first ever Paralympic gold medal

Cashmore was, however, handed a 30 second drafting penalty which ruined her chances of claiming a first individual Paralympic gold medal.

Meanwhile, 2018 Strictly competitor Steadman revealed she was ‘close to passing out’ as she finished the race but admitted a lot of luck fell her way, such as Cashmore’s penalty.

‘I don’t actually think it’s sunk in yet,’ she told Channel 4. ‘Rio devastated me massively and I didn’t know what was going to happen today when you go against world champions and we had a strong field. 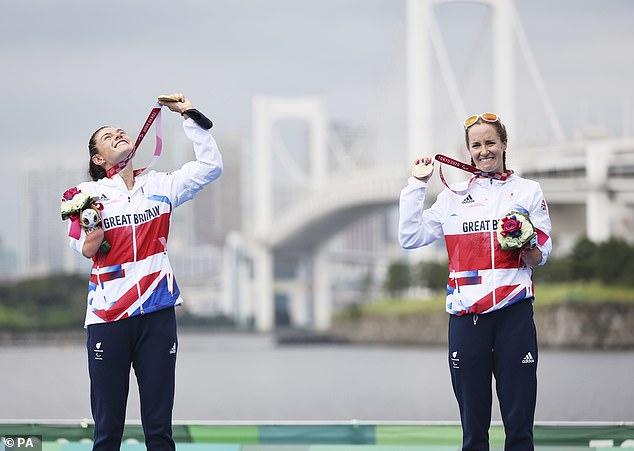 ‘I just did what my coach said and that was do my game plan and have fun because I didn’t enjoy Rio and I loved this race.

‘I feel pretty gutted (for Claire) because when you go in as an athlete and you’ve spent five years preparing for that one race then the chips can fall any way.

‘They fell my way today, they could have fallen Claire’s way. I just hope that Claire comes back because she’s a phenomenal athlete. I’m probably near to passing out but I’m just really happy!’ 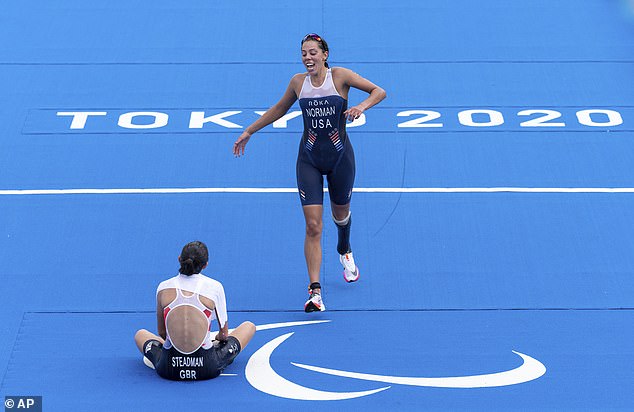 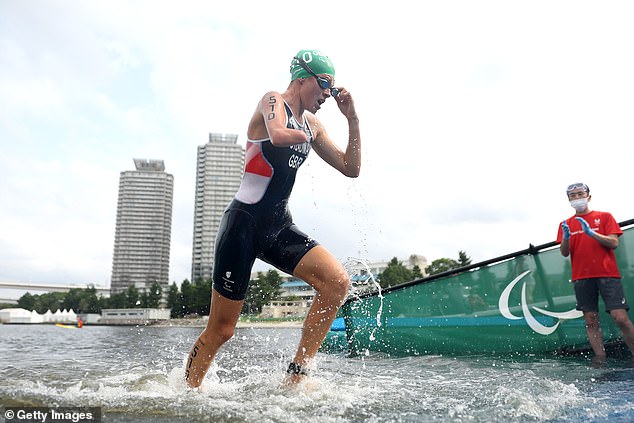 Steadman managed to haul herself in front during the 20-kilometre cycling section of the race and held on to her lead for the rest of the race.

The 28-year-old finished over the line to claim her first ever medal at the Games, after winning three World Championships and three European Championships during her career.

Steadman, who was born without her right arm below the elbow joint, made the switch from para-swimming to the paratriathlon after the London 2012 Olympics.

The gold and bronze in the women’s paratriathlon final comes after Britain’s George Peasgood claimed the silver in the men’s edition of the event.