Former Sydney FC star Shannon Cole believes fans should acknowledge the immense contribution of Milos Ninkovic across seven seasons with the Sky Blues – despite the midfielder now lining up for Western Sydney Wanderers.

As anticipation builds for the Sydney derby on Saturday at Allianz Stadium, the defection of the Serbian superstar to the club’s bitter rivals in the off-season has been a major talking point.

Cole, 38, is better qualified than most to comment after spending time on the books of both A-League clubs and playing in numerous derbies from 2012 onwards.

In an impressive career, the defender won an A-League competition and grand final in 2010, then another title when he moved to the Wanderers, where he was also on board for the Asian Champions League victory in 2014.

‘Is there a more decorated player in the competition?,’ Cole told Daily Mail Australia when quizzed about Ninkovic’s return.

Milos Ninkovic was an adored figure at Sydney FC – but is now the club’s public enemy No.1 after defecting to Western Sydney Wanderers 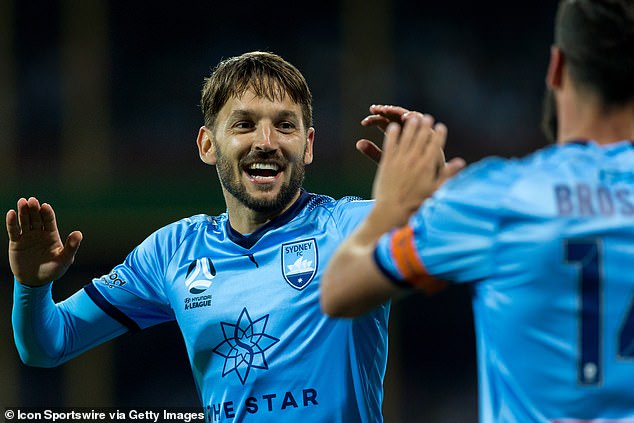 ‘Numerous premierships and a Johnny Warren Medal, he is some player.

‘No doubt Milos will cop a few boos from the Sydney fans, which for me is a strange one given his contribution.

‘But I don’t think he will mind too much, it is part of the game. In fact, he will probably enjoy it.’

Ninkovic, 37, will be out with a point to prove after Sydney FC coach Steve Corica told him he would likely only be an impact player this season.

There were also Australian citizenship dramas, which remain unresolved.

The attacking midfielder – who scored 35 goals in 181 appearances – also isn’t happy with Sydney FC’s gimmick ahead of the derby.

Sky Blues fans who attend the game can pick up a $10 merchandise voucher and a bag of lollies – a reference to his replacement, English import Joe Lolley – if they donate their unwanted Ninkovic jerseys to a charity, Football United. 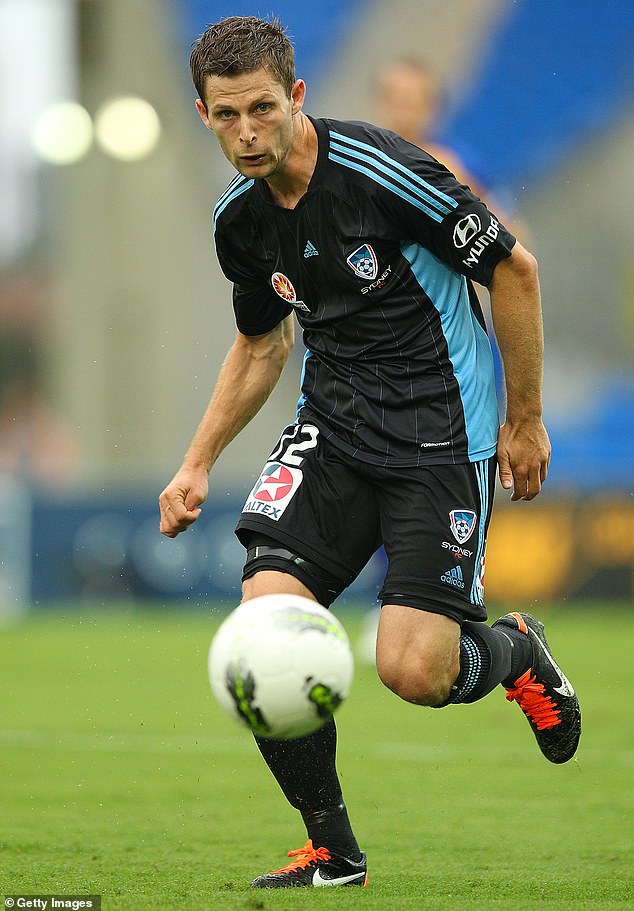 ‘It’s just not nice, especially as I spent seven years in this club, won six trophies,’ Ninkovic said this week, as tensions mount.

Cole will be a neutral this weekend, unable to bring himself to support one club outright.

He recalled scoring for the Wanderers against Sydney FC at Commbank Stadium a few seasons ago – and while he celebrated with his teammates in red and black, the ex-Socceroo admitted it was a strange feeling.

‘I left Sydney on good terms, it was time for a new sporting adventure,’ Cole said.

‘It was the same at the Wanderers, no bitterness at all. ‘I have a real sense of pride after playing for both clubs, but I will say it is tough for me to watch as a fan.

‘After being fortunate enough to be in the inner sanctum, now being a fan is very different.’

The father of three, who these days is a consultant for Sydney based company Athlete2Business, also had a message for players from both squads – seize the moment.

‘These games are the ones you dream about as a kid,’ he said. ‘A full house, the fans loving it, it will be easy to get up for.’