Former Top Gear presenter Jeremy Clarkson has called 16-year-old eco activist Greta Thunberg a ‘spoilt brat’ after she told the United Nations they had ruined her childhood with climate change.

Speaking at the United nations on Monday Greta broke down in tears while furiously scolding international delegates for not taking responsibility for fixing the planet’s warming climate.

‘I shouldn’t be up here. I should be back in school on the other side of the ocean. Yet you all come to us for hope. How dare you. You have stolen my dreams and my childhood with your empty words,’ the Swedish activist thundered in her speech at the Climate Action Summit 2019 in New York. 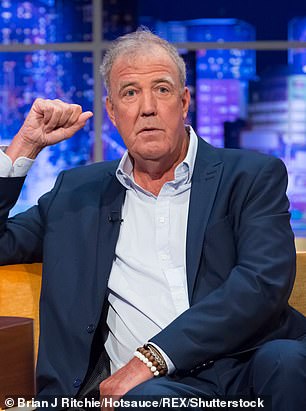 Greta Thunberg choked on tears (left) while speaking at the United Nations Climate Summit on Monday, where she thundered against leaders for stealing her generation’s future. Jeremy Clarkson has told her to ‘get back to school’

Not taking kindly to Greta’s allegations Jeremy Clarkson branded her a ‘spoilt brat’ writing in his column for The Sun: ‘How dare you sail to America on a carbon fibre yacht that you didn’t build which cost £15million, that you didn’t earn, and which has a back-up diesel engine that you didn’t mention.’

‘We gave you mobile phones and laptops and the internet. We created the social media you use every day and we run the banks that pay for it all,‘So how dare you stand there and lecture us, you spoilt brat.’

Admitting that their was a global climate crisis that could lead to a widescale refugee crisis the presenter urged Greta to ‘get back to school’.

He told her how science will be what solves the problem ‘Not scowling and having screaming ab-dabs every five minutes’,

He concluded: ‘So be a good girl, shut up and let them get on with it.’

Thunberg held nothing back as she thundered against the politicians and officials at the UN climate summit.

‘You come to us young people for hope. How dare you?’ she roared.

‘You have stolen my dreams and my childhood with your empty words, yet I’m one of the lucky ones. People are suffering, people are dying, entire ecosystems are collapsing,’ she said. 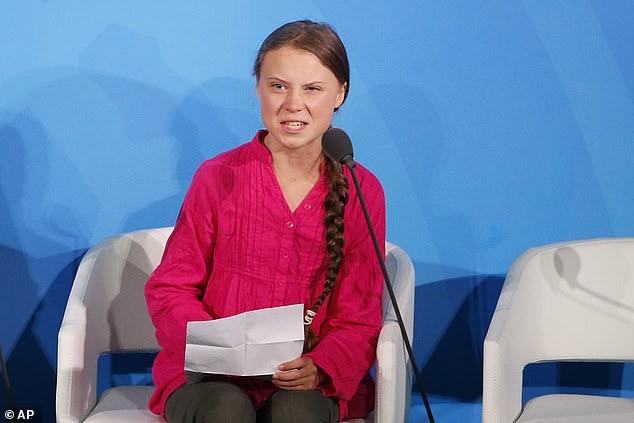 Trump wasn’t originally scheduled to attend the summit as he’s hosting a session on religious persecution in the same building.

He upstaged Thunberg’s entrance into the UN building Monday morning. Video shows the moment Thunberg is seen in the main lobby of the UN Headquarters and is told to stand aside by a security guard as President Trump entered the main doors and walked into the lobby flanked by reporters and cameras.

Thunberg was visible in the background with a livid expression on her face.

The president stayed at the conference for just 15 minutes.