EXC: Anna Richardson’s ex Sue Perkins WOULD come to support her on Strictly

Anna Richardson is rumoured to be joining the Strictly Come Dancing line-up, and she could have an unlikely supporter in the audience when she makes her debut.

MailOnline can reveal the 50-year-old TV presenter’s ex-girlfriend Sue Perkins would want to support her from the sidelines of the show, as they have remained ‘firm friends’ with each other.

The former Bake Off host, 51, is apparently ‘delighted’ that Anna has reportedly landed the role on the BBC 1 show, and will be supporting her all the way.

Supportive: Anna Richardson’s ex Sue Perkins would come to support her on Strictly following their split amid rumours she will join the new series, MailOnline can reveal (pictured in 2012)

A source said: ‘Anna and Sue might be separated but they remain really close. Sue messaged her when she found out as she knows how much Anna loves that show.

‘The pair of them joked that Sue might even show up to support her.’

The source went on: ‘As far as Anna is concerned she’d be more than welcome.’ 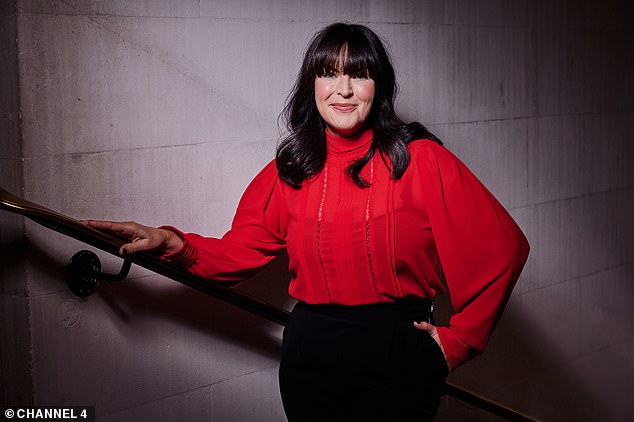 Friendly: A source said: ‘Anna and Sue might be separated but they remain really close. Sue messaged her when she found out’ (Anna pictured on Can I Improve My Memory) 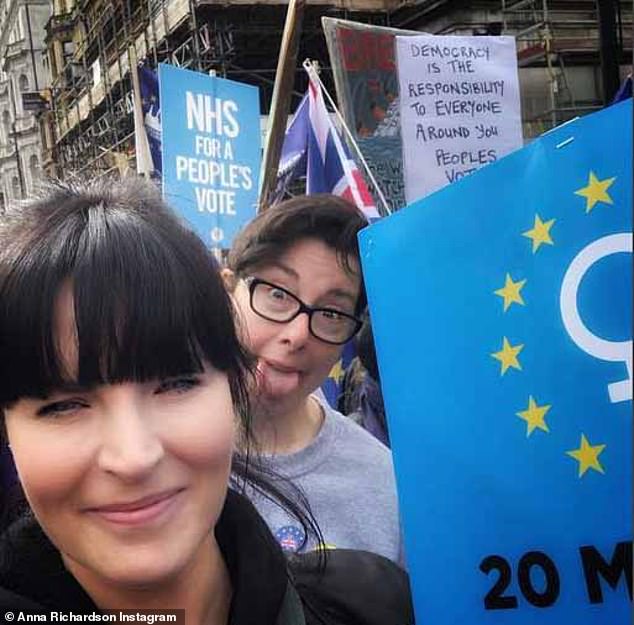 Friends: The source added, ‘The pair of them joked that Sue might even show up to support her. As far as Anna is concerned she’d be more than welcome’

Earlier this week, Anna revealed to The Sun that she was keen to join Strictly as she felt she was ‘too old’ to be on other reality shows like I’m A Celebrity or Dancing On Ice.

She told the publication: ‘I think Strictly as a whole is a different ball game because you’re learning, you’re doing a skill and I think that would be an ­incredible opportunity.

‘I’m A Celebrity, Dancing On Ice, anything that involves getting injured or ­ritual humiliation, I’m just too old. I’m just not a fan of it.

‘But Strictly would be an opportunity. Being paired with somebody like Gorka [Marquez] would be amazing.’ 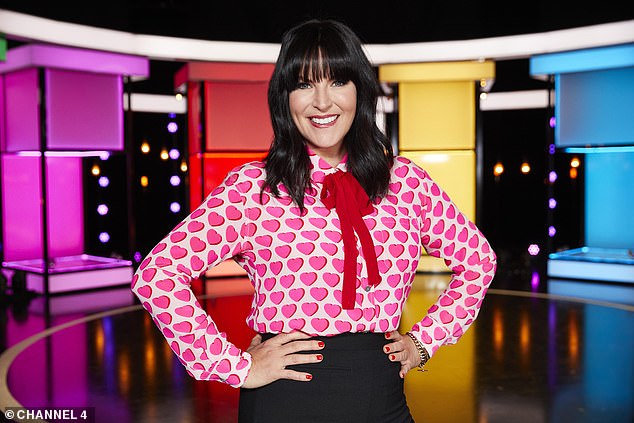 Opportunity: Earlier this week, Anna (pictured on Naked Attraction) revealed in an interview that she was keen to join Strictly as she felt she was ‘too old’ to be on other reality shows

It was revealed last month that Anna and her longterm girlfriend Sue had split after eight years together.

Earlier this month, MailOnline revealed that the former couple have been living apart since last Autumn and only see each other when exchanging custody of their beloved dog.

Friends close to the couple said the pair were on different pages about wanting to start a family, with Anna ‘keen to become a mother’ and Sue unsure it was the ‘right time’ to think about kids. 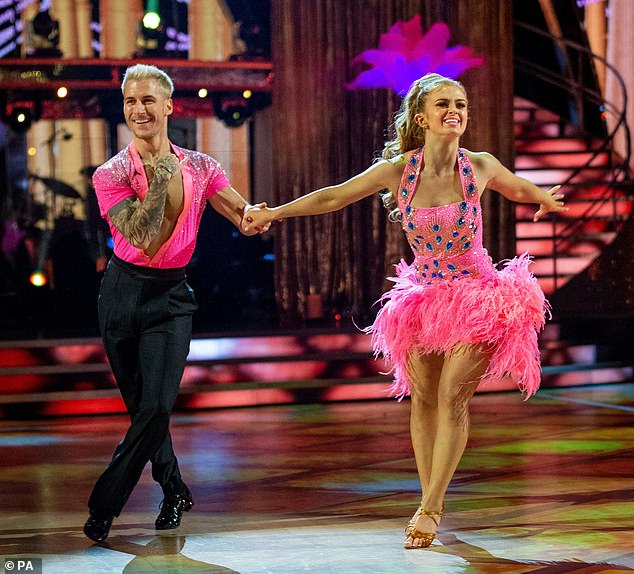 Hope: Anna claimed that she’d like to be paired with Gorka Marquez (pictured with Maisie Smith in the 2020 series) as he ‘would be amazing’

MailOnline revealed Naked Attraction host Anna, 50, moved out of their shared £2million North London home to live in Staffordshire to be close to her mum, who is caring for her father who is suffering from dementia.

A pal said: ‘It’s really sad they’ve split, but it’s been on the cards for a while.

‘We know Anna was really keen to be a mother, but Sue just didn’t feel it was the right time for her.

‘She loves travelling and working on various projects and she appreciates that lifestyle and the responsibility of being a parent doesn’t marry well.’ 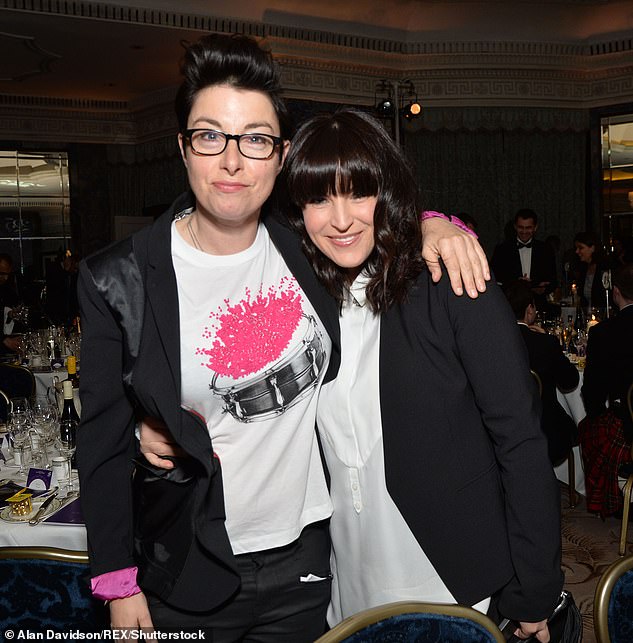 Amicable: Last month, Anna and longterm girlfriend Sue split after eight years together, with MailOnline revealing that nobody else is involved in the decision (pictured in 2014)

Anna had previously shared her hopes to adopt a child in the future – telling the Daily Mail in 2015: ‘I think because I’m 45 now I’m thinking long and hard about fostering and adopting. It would be nice to create a little unit.’

It’s also claimed she and Sue struggled to live together during lockdown given they are both ‘workaholics’ who are used to their independence.

‘They haven’t spent much together in recent months, they’ve been living separate lives with Anna staying in Staffordshire and Sue remaining in London.

‘The only time they see each other now is when they hand the dog over to each other.

Anna and Sue adopted former rescue dog Tia in 2017 from Animal Lifeline’s Serendipity Kennels near Cellarhead, Staffs, and quickly settled into life in their home.

Sue is the registered owner of North London property, which has been described by pals as a ‘show home’ given its immaculate appearance, inside and out.

Anna, who is passionate about interior design and just landed a hosting gig for the Changing Rooms reboot, has overseen the major renovation believing the house was an ideal place to raise a family.

But Sue is less keen about the property, particularly its remote location, which caused her to feel isolated during lockdown. 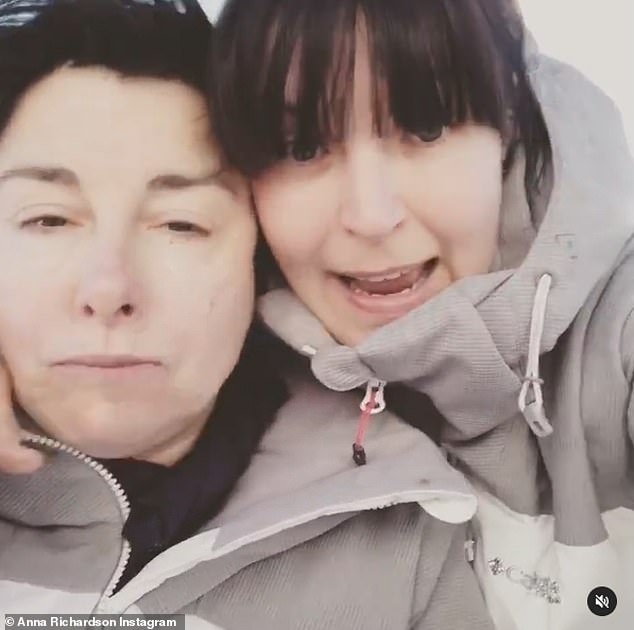 Shock split: Anna and Sue have been living apart since last Autumn and only see each other when exchanging custody of their beloved dog

MailOnline has contacted representatives for Sue Perkins and Anna Richardson for comment.

The pair’s split was revealed at the end of last month and neither Anna or Sue have publicly commented since.

MailOnline revealed that ‘nobody else was involved’ and they are ‘determined to remain friends’.

Fans speculated their relationship was in trouble after Anna failed to mention former Bake Off host Sue on social media nine months before the break-up was confirmed.

Sue’s final appearance on Anna’s Instagram page came in September last year in a video clip, which she filmed, celebrating the ex-Big Breakfast host’s 50th birthday alongside other family members.

Anna told her 41,000 followers: ‘Hello everybody. I’m here with family. That’s Sue Perkins behind the camera and it’s my 50th birthday.’

While cutting into her birthday cake, Anna was quick to ask Sue’s thoughts on the offering, given her Bake Off connections, joking: ‘What do you think, Sue?’

The pair first began dating in 2013 after meeting at a Halloween party following Anna’s split from her partner of 18 years Charles Martin.

Anna previously spoke about her relationship with Sue in an interview with Hello!, saying she had thought about adopting a child and said that as she is getting older she also feels that ‘time is running out’ for her to do so.

Admitting she was only talking about herself, Anna said: ‘For some time I’ve toyed with the idea of fostering or adopting a child. I can only speak for myself, not Sue, but I really want to do the training [to foster] and welcome a child into my life.

‘I feel keenly that I’m getting older, that time is running out.’ 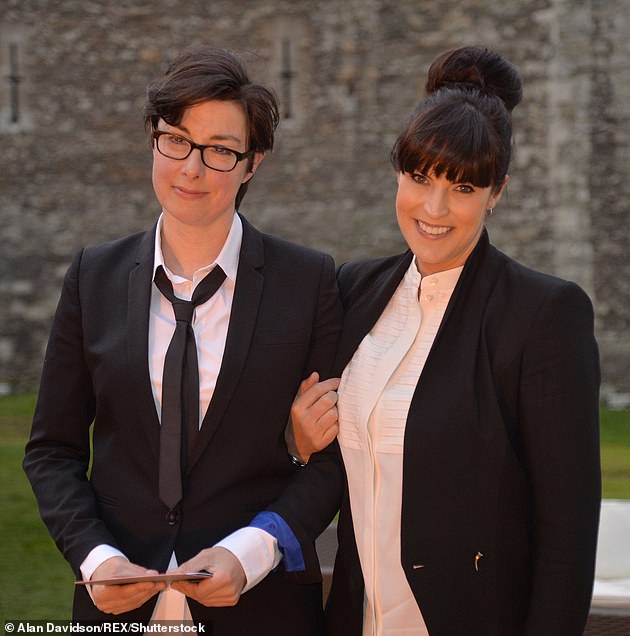 Shared custody: Friends close to the couple said they were on different pages about wanting to start a family, with Anna ‘keen to become a mother’ and Sue unsure (pictured in 2013)