An ‘exciting’ pill can make human blood poisonous to mosquitoes and kill them, research suggests.

Scientists discovered the disease-carrying flies died after feeding on the blood of humans given super-strength doses of ivermectin.

The mosquito-killing effects lasted up to a month after patients were given the drug, which is already used to treat scabies.

Researchers now hope the drug could be used to stem the control of malaria, and potentially other mosquito-borne diseases.

A team of British-led researchers split 139 volunteers from Kenya – which reports more than six million new cases of malaria each year – into three groups.

The malaria patients were randomly chosen to be given 600mcg/kg or 300mg/kg of ivermectin for three days or were given a placebo.

The study, published in The Lancet Infectious Diseases, revealed that both doses of ivermectin were poisonous to mosquitoes for up to 28 days.

It also showed 97 per cent of the mosquitoes died two weeks after feeding on the blood of patients given the higher dose of ivermectin.

The scientists, which included a team from the Kenya Medical Research Institute and the US Centers for Disease Control and Prevention, fed the mosquitoes in cages using blood samples taken from the volunteers.

He said: ‘The most exciting result was the fact even one month after [the subjects took] ivermectin, their blood was still killing mosquitoes.’

However, the researchers believe the 300mcg/kg dose offers the best hope due to the adverse effects from the higher dose. 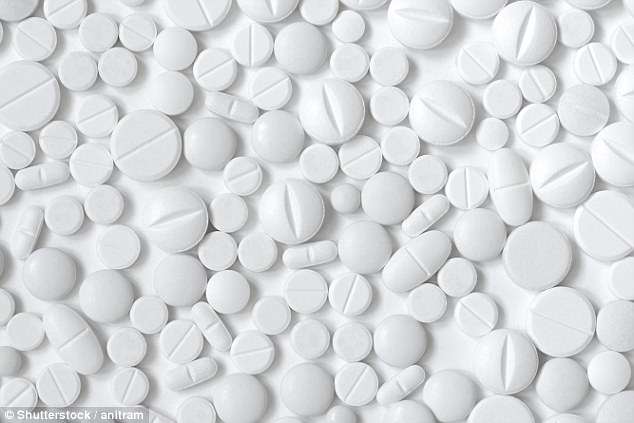 The mosquito-killing effects lasted up to a month after patients were given the drug, the breakthrough study revealed (stock)

WHAT IS IVERMECTIN USED FOR?

Researchers hope ivermectin could be used to stem the control of malaria, and potentially other mosquito-borne diseases.

Nice, the health watchdog in the UK, already recommends the drug to be given to patients for several reasons.

It recommends the drug is given to patients with papulopustular rosacea, chronic Strongyloides infection, onchocerciasis (river blindness) and scabies.

An analysis revealed 11 per cent of the 45 volunteers given the 600mcg/kg dose experienced adverse effects to the drug. The standard dose is 150mcg/kg.

Only four per cent of the 48 patients who received the smaller dose had similar complaints. No side effects were reported from the placebo.

Researchers wrote in the journal: ‘Ivermectin at both doses assessed was well tolerated and reduced mosquito survival for at least 28 days after treatment.

‘Ivermectin 300mcg/kg per day for three days provided a good balance between efficacy and tolerability.’

They added it ‘shows promise as a potential new tool for malaria elimination’. It was given alongside the anti-malarial drug dihydroartemisinin-piperaquine.

Ivermectin, branded a ‘wonder drug’ by some researchers, was developed to kill parasites responsible for river blindness and elephantiasis.

Preliminary results of the new study were presented at a World Health Organization (WHO) evidence review group meeting.

It works as a completely new type of anti-malarial drug that kills mosquitoes, as opposed to existing drugs that target the parasite.

Disease-carrying mosquitos kill more than 750,000 people a year, many of whom being children, global figures show.

The flies can carry Zika, dengue, yellow fever, West Nile and Chikungunya – all of which have prompted concerns by the WHO.

Climate change warming the planet is allowing for mosquitos to spread from their usual habitats, posing a risk to many in the northern hemisphere.