Exclusive Vanessa Trump takes her children on a Spring Break getaway to Mar-a-Lago!

It has been a week since Vanessa Trump filed for divorce from Donald Trump, Jr and you’d think she’d want a little break from him and his family.

But Vanessa Trump and her five children are on Spring Break at the Trump’s Mar-a-Lago resort.

In exclusive photos for DailyMail.com, Vanessa can be seen frolicking with her children at the Trump family’s Palm Beach resort.

Vanessa and her kids out enjoying the Palm Beach weather, far away from the media storm around Don Junior’s alleged infidelity 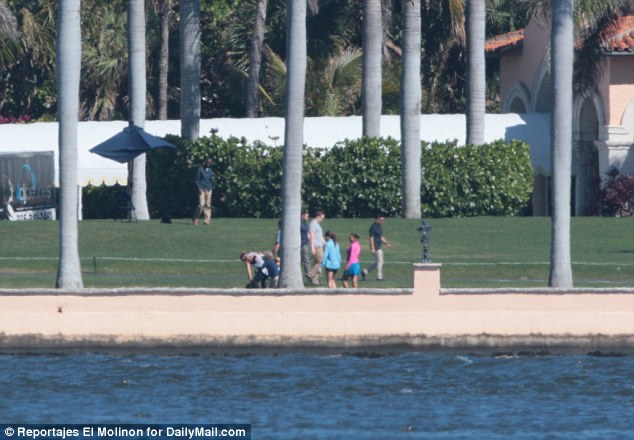 Donald Trump, Jr flew to Mar-a-Lago with the children, shortly after the divorce was announced to ‘escape the scrutiny of New York’, according to People Magazine.

Trump spent the weekend at the resort, sharing pictures on social media of his time with the kids.

On Tuesday, Vanessa tweeted ‘It’s time for spring break with my kiddies!’ sharing a picture of the palm trees at Mar-a-lago.  And now that she is there, it seems Don, Jr has left. 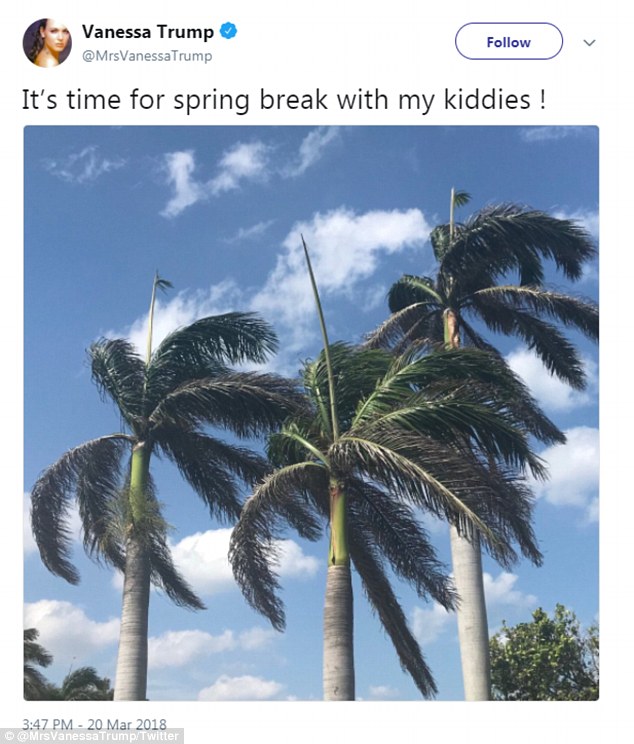 Vanessa Trump tweeted a photo the iconic palm trees as she arrived in Palm Beach for vacation. 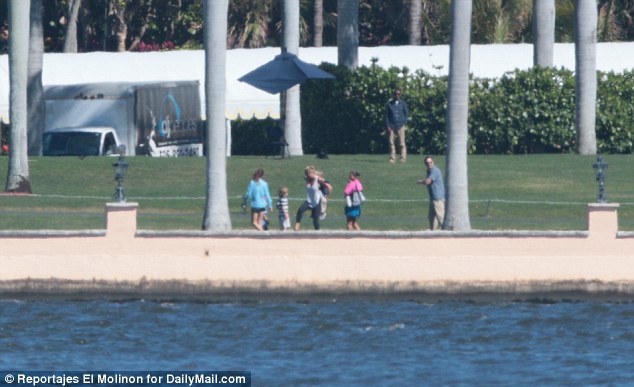 When Vanessa filed, sources say she listed the divorce as uncontested, meaning that she is not asking for full custody of the children at this time and that Donald Jr does not object to the filing.

The former couple, who were married at the Palm Beach resort, said in a statement, ‘We will always have tremendous respect for each other and our families. We have five beautiful children together and they remain our top priority.’

They are apparently already sharing time with the children.

While Vanessa has been at Mar-a-Lago with the children reports have surfaced about her husband’s alleged affair with Celebrity Apprentice Contestant Aubrey O’Day. 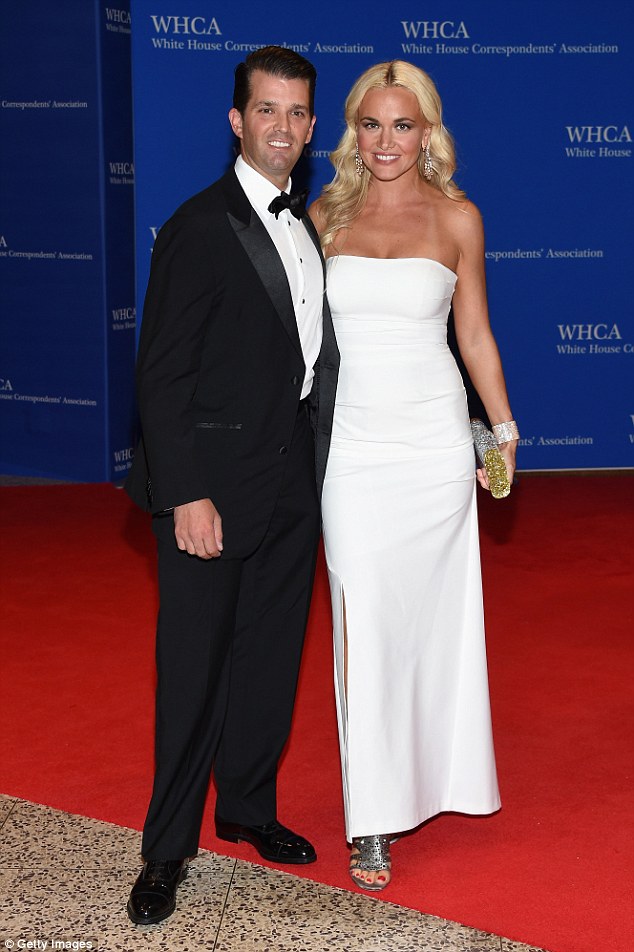 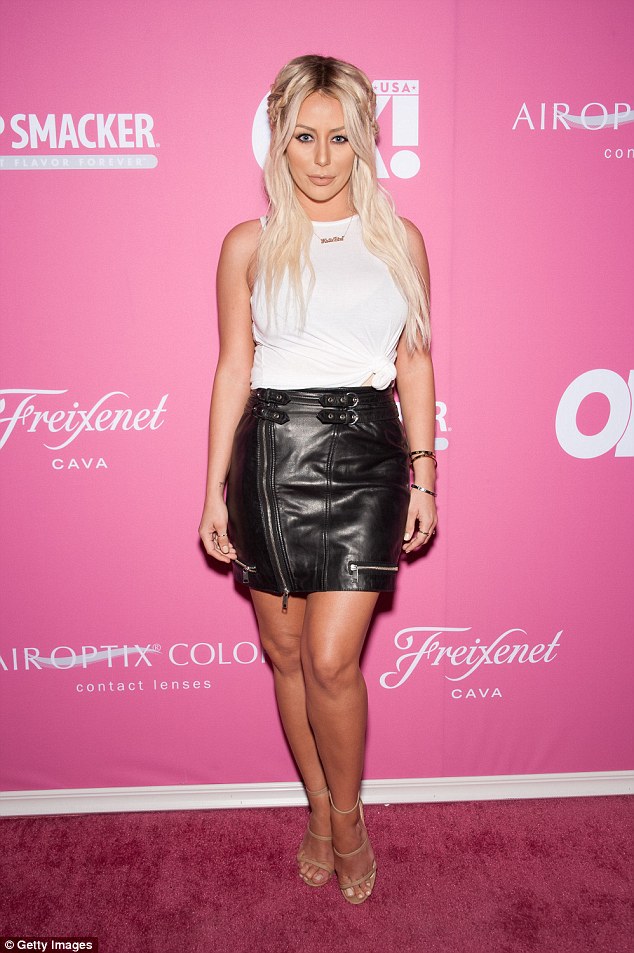 Singer Aubrey O’Day, seen here in 2015, met Donald Trump, Jr when she was a contestant on Celebrity Apprentice, the two were reportedly together while Vanessa was pregnant.

Shortly after Don Jr’s wife, Vanessa, found the texts, he abruptly ended the affair with O’Day in 2012, a source has claimed.

Don Jr was reportedly in the shower while his phone was on the bedside table when the texts came through from O’Day, a source who worked on Celebrity Apprentice told People.

‘This is how Vanessa found out and the affair ended,’ the source said.

Now Vanessa is enjoying Spring Break with her kids, without Don, Jr. 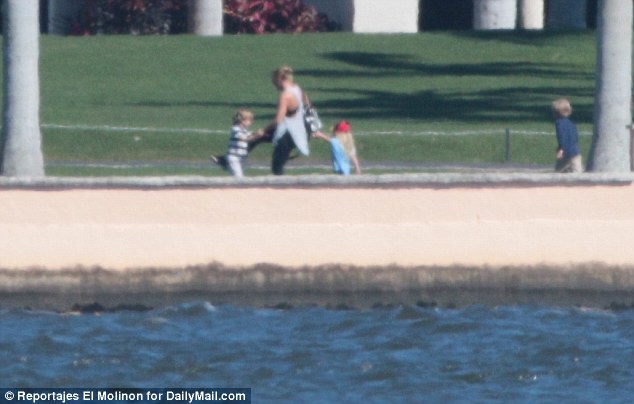 Vanessa Trump and her children seem to be having a good time, as they walk at Mar-a-Lago 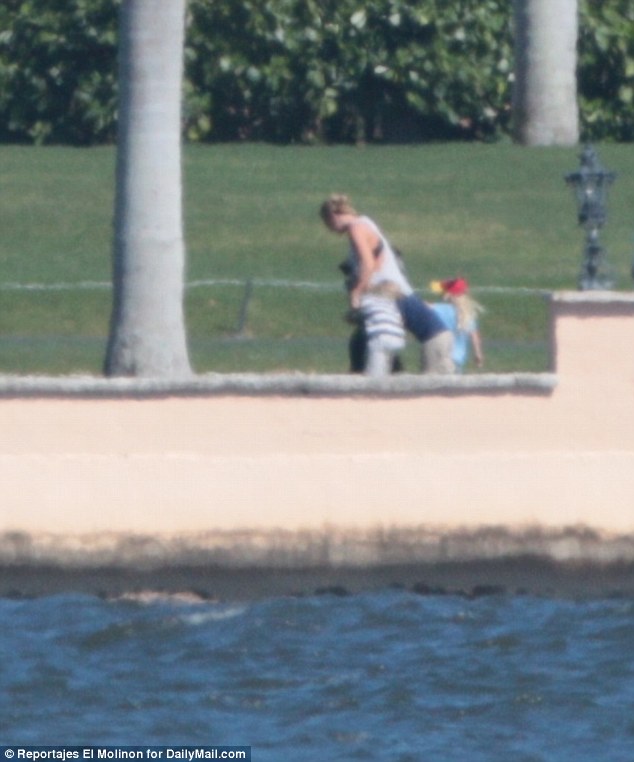 Vanessa Trump , seen here with three of her five children, hugs them close as they walk along the water 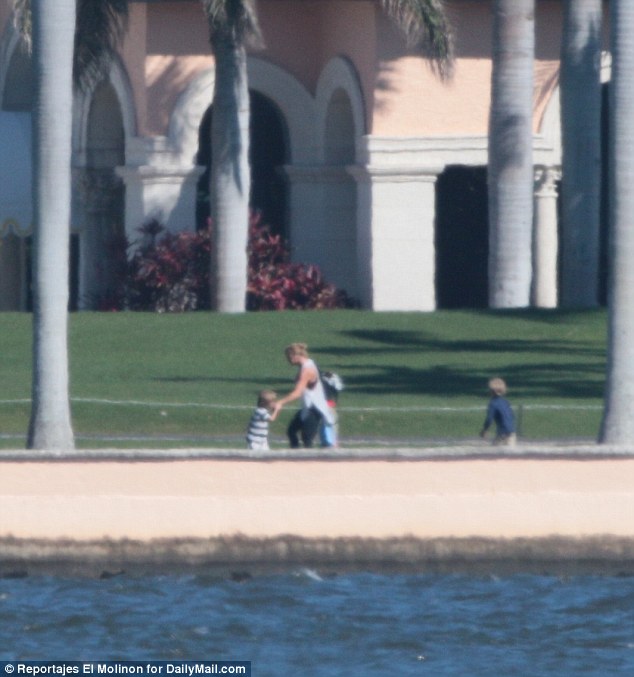 The Trump family spends a lot of time at Mar-a-Lago, so this is probably good for the kids.