The European Cup risks becoming a secondary event for English clubs due to rugby’s brutal schedule, according to Exeter boss Rob Baxter.

On Wednesday the Champions Cup organisers EPCR confirmed the 2020-21 tournament would feature eight teams each from England, France and the Pro14 split into two pools of 12.

Clubs will be divided into tiers based on their domestic league position and play two other sides in the group stage home and away, hoping to qualify for a two-legged quarter-final.

Exeter Chiefs look destined to be England’s top seeds but their director of rugby is worried he will not be able to field his best side as the tournament starts straight after a big block of six internationals.

‘This isn’t a slight on anybody but the way it drops in there immediately post international blocks is tough.

‘It’s tough to see it as an absolute front-line competition for English Premiership clubs as you’re going to get your players back from the block of internationals and if they are going to play the next weekend it’s your first European game. 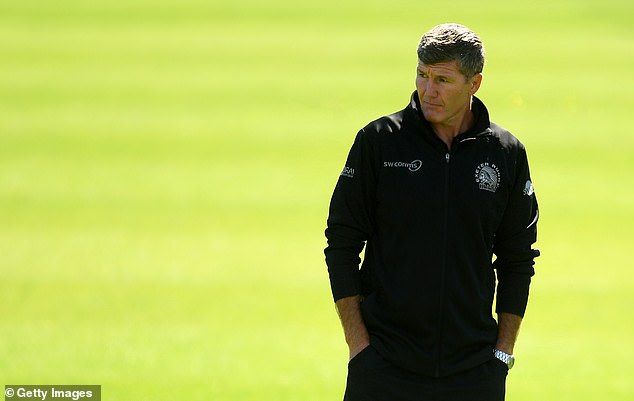 ‘Somewhere between coming back from the autumn – or the early-winter – internationals you’ve got to fit two rest weekends in for the England players. Four of the fixtures are European and three are Premiership.

‘The whole make-up of the season and how you fight your way through it is going to be an interesting concept. The make-up of the competition is fine – I have no problems with it for one season – but it’s going to be how you incorporate your players into a team that’s capable of winning big matches.’

The first round of European Cup matches will take place on December 11 – the weekend after the final of a new ‘Eight Nations’ autumn tournament, which in turn follows the conclusion of the 2020 Six Nations.

England players must take a two-week break after the Test window, but it does not have to be immediately when they return to their clubs.

‘Ultimately if any of us want to work towards winning seasons we have to manage players and get them in good condition,’ added Baxter.