Hard-working Channel Nine commentator James Bracey has left his colleagues in stitches by falling asleep at his desk as the Australian Open broadcast drags on into the early hours of the morning.

Melbourne weather has thrown the Australian Open scheduling into disarray, with dozens of matches interrupted during the week because of both torrential rain and searing January heat. 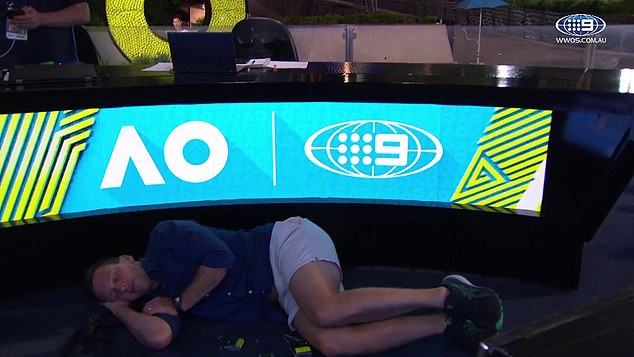 The late nights are certainly taking their toll on Nine sports presenter James Bracey, as he was hilariously recorded nodding off at his desk and sleeping on the floor in the Nine studio.

‘James has got to realise that the cameras are always watching him,’ smiled Jones as footage played of Bracey nodding off.

‘This is the professionalism of James Bracey. I know that he’s had some very late nights.

‘The worst thing was is that was only 9 o’clock at night. One out of ten on professionalism there from James.’

Due to the disruption of play, updated schedules have been released at the last minute which has frustrated players and fans.

The full order of play for Wednesday was released just after midnight on Tuesday and some players took to social media to complain. 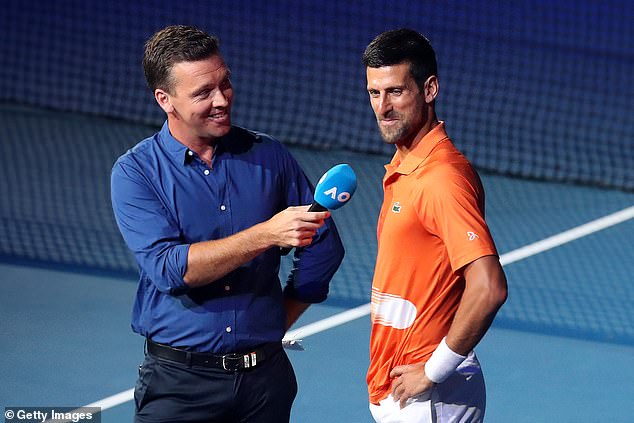 ’11:50pm.. I wont be one of them but how can you let the players play at 11am, if you still dont have a schedule at this time?’ posted Belgian doubles player Kirsten Flipkens on Twitter.

Flipkens later replied to a fan: ‘I personally think most players can not sleep not knowing if you would play at 11am or at 8pm’. 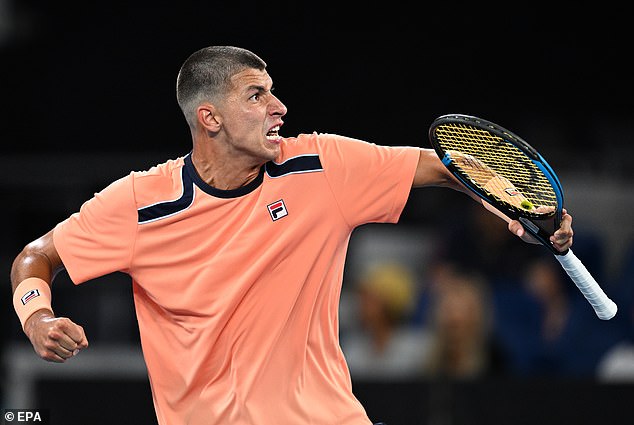 Aussie Alexei Popyrin (pictured) played into the small hours of the morning earlier in the week in his epic victory against former world No.1-ranked junior Tseng Chun-Hsin

Aussie Alexei Popyrin played into the small hours of the morning earlier in the week in his epic victory against former world No.1-ranked junior Tseng Chun-Hsin.

The exhausting four-hour and 26-minute encounter, the longest of Popyrin’s career, finished at 2.02am.

The Australian Open is no stranger to late matches – holding the record for the latest completed match in Grand Slam history when Lleyton Hewitt had his third-round showdown with Marcos Baghdatis in 2008.

The match started at 11.47pm in Rod Laver Arena and eventually finished at 4.34am.