NHS staff say they are left feeling like ‘naughty children’ as they hide in cupboards to drink tea for fear of being caught breaking European Union rules on breaks.

Workers slammed ‘Dickensian’ shift rules which state they are not entitled to a break until they have worked for six hours.

Exhausted cleaners, porters, and kitchen staff, say they are reduced to hiding away for a 10-minute tea break.

They say trouble started when Gloucestershire Care Services Trust implemented the Working Time Directive and they must now work six hours non-stop before taking a break.

Cleaners, porters and other staff across seven hospitals – including Tewkesbury (pictured) are sneaking off for cups of tea in cupboards because of how the Working Time Directive has been interpreted since it was adopted

So staff have had to come up with creative ways to take a ’10 minute breather’ – including hiding in storage cupboards and waiting for the tea trolley to wheel by.

One worker said the conditions are ‘a bit of a joke’ and others have blasted conditions in community hospitals across Gloucestershire as ‘Dickensian’.

But Gloucestershire Care Services Trust say that, despite the six-hour working directive, individual managers should still give staff ‘appropriate’ time for refreshments – no matter how long their shift.

An ex-worker and whistleblower, who did not wish to be named, spoke out after going back to visit former colleagues in one of the county’s seven community hospitals.

They said: ‘I deliberately timed my visit for when people usually had a short tea break.

What are the Working Time Directive rules?

The Directive states that workers are entitled to a break of 20 minutes following six hours of uninterrupted work.

It also prohibits staff from working more than 48 hours a week on average. The average is usually taken over 17 weeks.

The Directive allows people to opt out of the maximum weekly hours cap if they want to secure more work.

The rules also state that staff under the age of 18 cannot work more than eight hours a day.

Employers are only allowed to make under-18s work for 40 hours a week.

‘But when I went to see some of my old friends they told me they could not stop because they weren’t allowed to sit down during their shift, let alone have a tea break. I couldn’t believe it. It’s Dickensian. But what really struck me was the contrast.

‘The people on the bottom rung were rushing around like mad, but when I went into the offices someone put the kettle on and we stopped for a cup of tea and a 10 minute chat.

‘I’m not blaming them, that is how it should be. People are not robots, they should be able to stop and talk to their colleagues or have a laugh and a joke for five minutes.

‘It’s normal and apart from anything else it helps improve morale. Yet it seems so wrong that the lowest paid people who are doing the tough, physical work cannot stop like everybody else.

‘I bet the person who brought this in doesn’t go without a tea break for six hours at a time.’

Staff say they used to have a short break around the middle of their shift until they received a letter from Gloucestershire Care Services Trust in November 2017.

It said that it would be implementing the European working hours directive which says workers are entitled to a 20-minute break after six hours.

They say this was interpreted as part-timers not being entitled to have a break during their four, five and six-hour shifts.

But the ex-worker says those who brought it in should try doing six hours physical work without a ’10 minute breather’.

The whistleblower said they would then understand why many staff who start at 7am have found creative ways of having a mid-morning cup of tea or coffee. 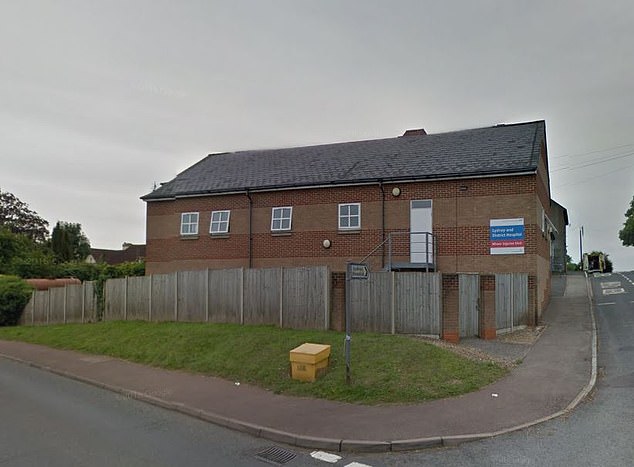 One group are in cahoots with volunteers who slowly wheel the tea trolley past the cleaning supplies cupboard at a set time each day for those who can sneak off for a brew. Others have a secret empty room they hide it, they said.

One current worker said: ‘It’s a bit of joke on the wards because people can see us following the trolley, but the patients are absolutely disgusted when they find out why.

‘We have to sit on the floor of the cleaning cupboard, but it’s better than nothing. When you are mopping, brushing and cleaning toilets all day long, ten or 15 minutes off your feet makes a big difference.

‘It allows you to recharge your batteries. It’s really hard doing physical work and being on your feet for six hours without a break.

‘You feel really, really drained, especially if it’s hot. After a couple of hours you can feel yourself plodding along with aching feet and by the time I go home I’m sweating buckets.

‘You can see people flagging and even the younger ones cannot wait to get out the place at the end of their shifts.’

The worker added that other workers sympathise with their plight.

‘I know some people turn a blind eye when we go in the cupboard, but it makes us feel like naughty children and we worry about being caught,’ they said. 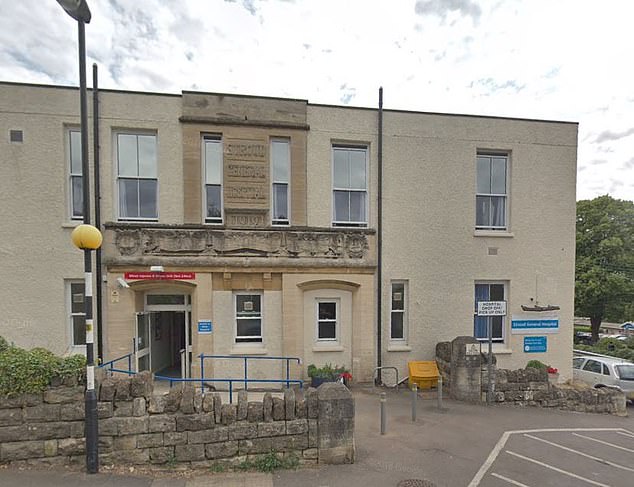 Pictured: Stroud hospital, where manual workers are reportedly sneaking off for cups of tea since the adoption of the Working Time Directive

‘When you see other people going into the staff dining room to get a cup of tea and you have to hide in a cupboard, you feel like an outcast.’

When some workers complained about being dehydrated, they were told staff had been abusing the tea breaks so they would have to carry refillable water bottles around.

But they say it’s up to management to stop any abuse rather than punish everybody and they should be allowed tea breaks as long as the work gets finished. Household staff say they are constantly being asked to work extra shifts.

They were told the ruling covered all seven community hospitals in Cinderford, Cirencester, Lydney, Moreton in Marsh, Stroud, Tetbury and Tewkesbury.

The whistleblower said: ‘I’m not attacking the NHS. It must be stripped bare to implement something as Dickensian as this, but it’s clear they don’t have enough staff and never will have if they treat people like this.

‘But I’ve decided to pick up the baton because they’ve been told there’s nothing they can do.

‘I’m sure that’s not right. They didn’t have to implement the directive. It’s so wrong to segregate people like this.’

He claims that in 2019 only around seven per cent of shifts have been between three and six hours.

Mr Savage said: ‘The Trust wrote to colleagues in November 2017 having made a decision to align shift patterns and break allowances more clearly to the Working Time Regulations.

‘Under current UK law there is an entitlement to a 20-minute rest break for someone working more than six hours a day.

‘However, within our workplaces we very much encourage managers to support and enable colleagues to have appropriate time for refreshment and comfort purposes throughout their working day, irrespective of how long it is.

‘If there are issues with this then we always encourage colleagues to discuss their local working arrangements with their line managers.

‘We will always aim to be as flexible with regard working times and patterns as service needs allow.

‘Any colleague with concerns about their entitlement to a break can talk to their manager or their local staff side representative.

‘They are also welcome to discuss their situation with the human resources team.’

He added: ‘Our offer of shorter shifts gives staff a choice over their work-personal life balance.

‘It allows the Trust, the patients and service users it serves to benefit from the skills and expertise of colleagues who may not want, to or be able to commit to, a longer working day.’