There’s every chance you’ve gone into the festive season with the best intentions to eat in moderation.

But it’s likely you’re going to come out the other side a few kilograms heavier.

The holidays are a tricky time for most of us as routines and regular eating times are often swapped for a more relaxed approach.

Dietitian Kate Save said weight gain is a given for most during this period and generally people can gain anywhere between two and five kilograms. 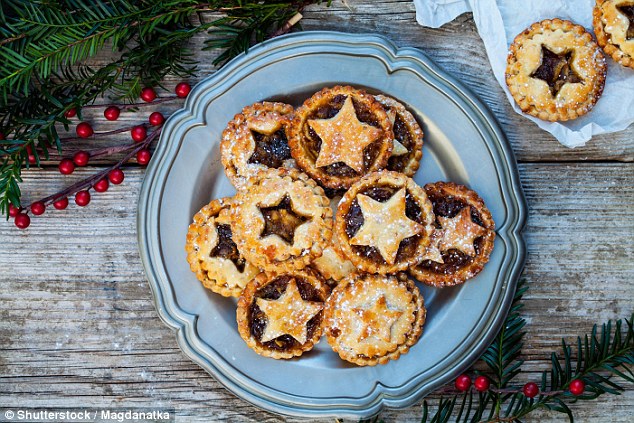 There’s every chance you’ve gone into the festive season with the best intentions to eat in moderation, but treats are hard to avoid (stock image)

Here, FEMAIL takes a look at some of the ways a holiday blowout can occur, how you can minimise the damage, as well as some strategies for getting back on track.

When you’re taking time out to relax, planning meals is probably the furthermost thing from your mind.

But rather than seeing organisation as a chore, Kate suggests viewing it as an opportunity to take control. 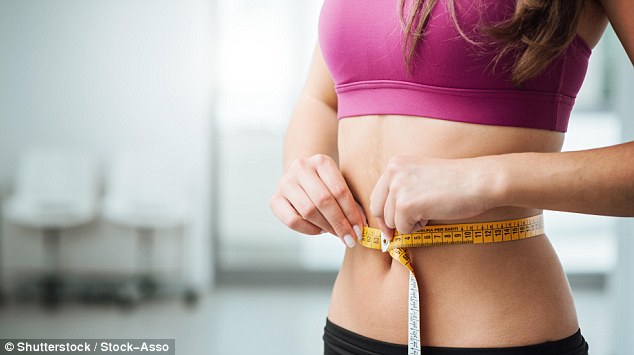 Rather than seeing organising meals as a chore, Kate said, view it as an option to take control (stock image)

The expert explained that this time of year can be one where people allow themselves to just drift into unhealthy eating, often without thought as to the consequences.

For example, if you’re planning a family outing at a theme park, pack a picnic lunch, Kate said, rather than turn to fast food outlets where the choices are often deep fried and unhealthy.

‘The best thing people can do is be really organised at this time of year.’

WHY FRESH IS ALWAYS BEST

While it’s tempting to trawl the fridge for some tasty leftovers or snack on crackers and cheese during a gathering, there are some healthier choices.

Kate, who also heads up Be Fit Food, believes there are some simple ways to eat well, while still enjoying time with friends.

Her key recommendation when entertaining is to create platters that offer an array of healthy snacking options such as those that use vegetables as dipping sticks. 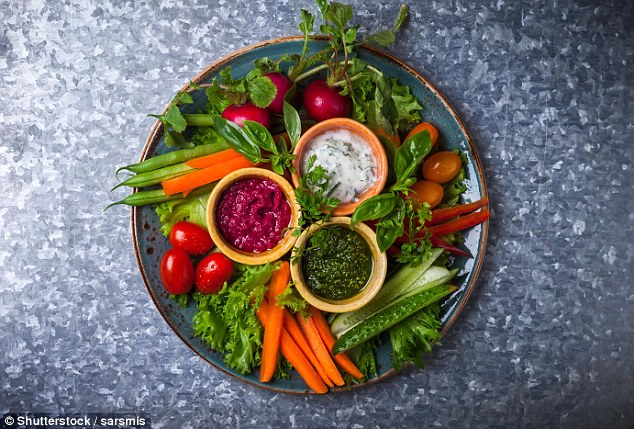 Though it’s tempting to graze endlessly on cheese and crackers, instead choose healthy options such as this vegetable platter for social occasions (stock image) 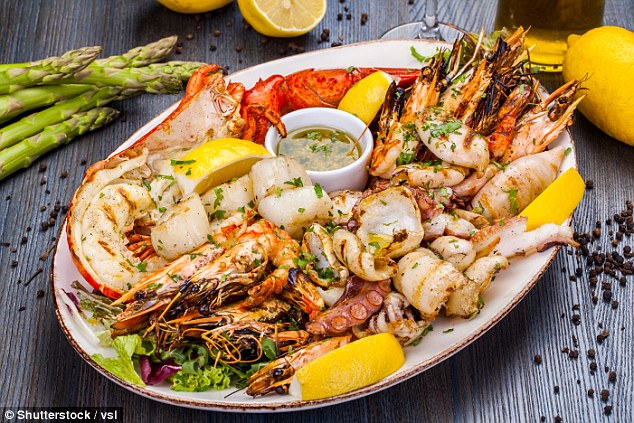 Alternatively, arrange a plate full of freshly steamed seafood served with a simple squeeze of lemon and a drizzle of extra virgin olive oil.

‘If you are going to a barbeque, make a “clever salad”, she suggested, ‘so they are a little more filling.’

Her top recommendations are a chicken, mango and walnut salad.

Or vegetarians can opt for a walnut, pear and rocket salad. Adding a carbohydrate component such as quinoa will make salads a little more filling.

If sticking to regular mealtimes feels like too much of an effort, make a little effort to bypass the blowout by reigning in the temptation to snack on high-fat foods.

Kate outlined one of her more simple strategies for coping with a ‘snack attack’ is to always carry something handy such as nuts or homemade protein balls.

‘Also try to make sure you eat before you go places,’ she said.

The nutritionist also noted the importance of staying hydrated, especially as the holidays fall at the hottest time of the year in Australia.

‘To avoid making unhealthy choices, be careful of drinking alcohol as it can affect your decisions. Instead keep calories down by having sparkling water.’ 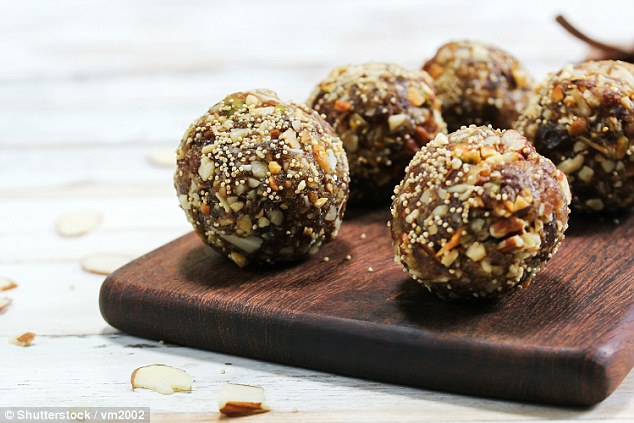 REALISE YOU CAN START AGAIN

While the realisation you have put on a couple of kilograms can be hard to deal with, it’s worth bearing in mind this isn’t the end of the world.

Kate offers this advice to people as a way to help them feel they can make a different decision each day rather than feel once they’ve had a blowout, it’s too late.

‘It only takes three or four days to get back into your routine. Don’t think it’s too late or too hard,’ she said.

If you need a reset, Kate suggests using intermittent fasting to give the body a chance to recover. 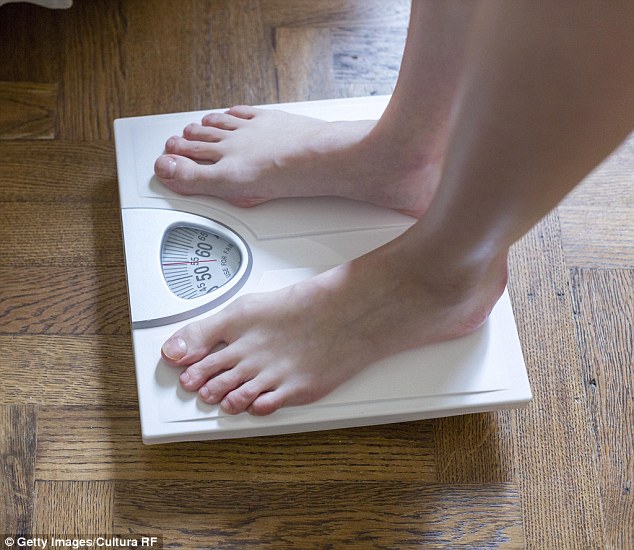 If you’ve gained a couple of kilograms over the break, don’t let this derail you entirely (stock image)

‘The principles of the 5:2 diet can help counteract some of the effects of a blowout,’ she said.

The diet recommends consuming a “normal” number of calories five days a week and then, for two, non-consecutive days, eat just 25 per cent of your usual calorie total – 500 calories for women and 600 for men.

Using the principles of this diet, Kate said was enough to get people back on track.

‘Also, it’s enough to prevent weight gain over the holidays and stop people from going off the rails,’ she concluded.

One poached egg with baby spinach and grilled tomato

Fish baked in foil on the barbecue with lemon and parsley. Serve with a cherry tomato and rocket salad with splash of balsamic dressing