Expert warns cannabis use could increase the risk of psychiatric disorders

Use of cannabis has become a main-stay in the life of many young Americans, but one top expert is warning the drug could carry more risks than they believe.

Last week, on the colloquial ‘weed day’ in America, April 20th, or 4/20, Dr Yasmin Hurd, a top neuroscientist at Mount Sinai in New York City, warned that many younger users may be underestimating the potential long-term effects of the drug.

She warns that the ‘high’ produced by the drug alters a person’s brain chemistry and could even potentially put them at risk of developing severe psychiatric issues down the line.

Sales of the drug in America has surged in recent years, as it slowly gains legalization from individual states, and pressure mounts on the federal government to lift restrictions.

Cannabis is slowly gaining legalization in America, with use being allowed in some form in all but six U.S. states

‘Cannabis contains over 500 chemicals, including over 140 cannabinoids that have a greater or lesser degree of psycho-pharmacological activity,’ Hurd explained at a Harvard neuroscience conference. 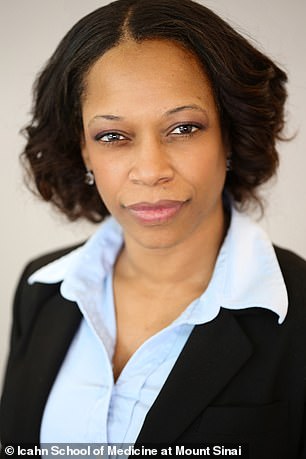 Dr Yasmin Hurd, a top neuroscientist at Mount Sinai, told a Harvard conference that if marijuana was benign, no one would be using it to get high

Endocannabinoids are responsible for determining the way that cells in the brain interact with one-another.

The cannabinoids in THC interact with, and alter, the receptors that configure those interactions, which is what creates the feeling people have when they consume the drug.

‘If it feels intoxicating, it means it is binding to a receptor and changing your brain. The question is for how long — and does it increase your risk for psychiatric disorders?’ she asked.

A common belief among many marijuana users, especially those who are younger, is that the drug causes little to no harm.

While cannabis is not considered to be as harmful or have the addictive properties as other drugs, like cocaine, heroin or even alcohol, there are potential dangers of frequently using it that experts may not have discovered yet.

‘If it were benign, nobody would use it,’ Hurd noted, explaining that the prevalence of the drug proves it has some sort of affect on a person’s brain chemistry.

She notes that around 30 percent of people who regularly use the drug also have a psychiatric disorder. 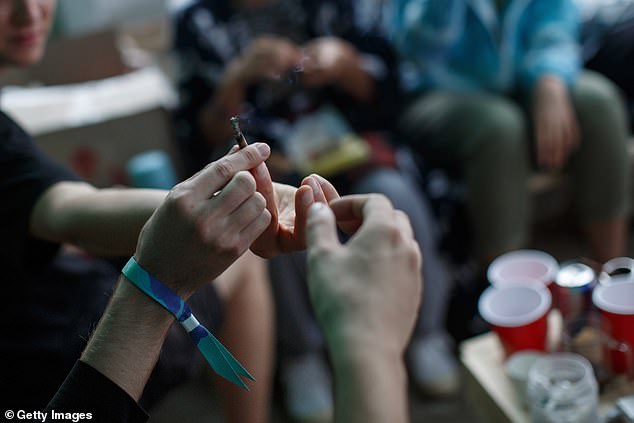 Around half of U.S. adults report having used marijuana before, a record level. Many people who use the drug are not aware that there are potential long term side effects

One issue for researchers is that they can not tell whether the drug is causing the psychiatric issues, or if people who already suffer from these types of problems are more likely to reach for the drug to deal with the stress of it.

Another known issue is the use of the drug among pregnant women, who are often damaging the development of their fetus’ brain.

‘Placental programming is essential for neurodevelopment and aberrations linked to psychiatric risks,’ she said.

Use of cannabis is legal in some way in all but six U.S. states. in 18 states, is if fully legal both medically and recreationally.

There is strong support for legalization of the drug in the U.S., with a recent CBS poll finding that two-thirds of Americans support it at both the state and the federal level.

Legalization had overwhelming support from Democrats (79 percent) and independents (67 percent), while even half of Republicans support it as well.

A Gallup Poll from last summer found that half of Americans adults have tried marijuana at least once, a record high.