China is buying control in the South Pacific and its growing influence in the region  could lead to a takeover of Australia, a former US Navy intelligence commander has warned.

The communist superpower is splashing cash at Australia’s island neighbours which agree to switch their diplomatic allegiances from Taiwan to Beijing, a bombshell 60 Minutes investigation found.

All countries China is diplomatically aligned with must not recognise Taiwan, Beijing demands.

The Solomon Islands, Vanuatu, and Kiribati are the latest to switch their allegiance to China as it steps up plans to extend its influence in the region.

Former intelligence chief of the US Navy’s Pacific Fleet Captain Jim Fanell described China’s plans for the South Pacific as ‘expansionist’ and a ‘soft invasion’.

‘They’re interested in this area because it’s essentially the lifeline or the choke point between America and Australia and New Zealand,’ he said.

‘They believe that they’re supposed to be the rightful leaders of this new global order. The British century, the American century, now we’re going to have the Chinese century. That’s their vision.’

Captain Fanell said China purports to be ‘economic partners’ with island nations in the South Pacific, but ‘the end result is they become your economic master’.

‘The Chinese are coming in with soft power and lots of cash to buy out local officials, to gain access to ports and airfields and resources that give them a controlling monopoly in the islands.’

He issued an alarming warning for Australia.

Next in China’s sights is war-torn Bouganville, which is set to hold a referendum to seek independence from Papua New Guinea next weekend and become the newest country in the Pacific since Timor Leste in 2002. 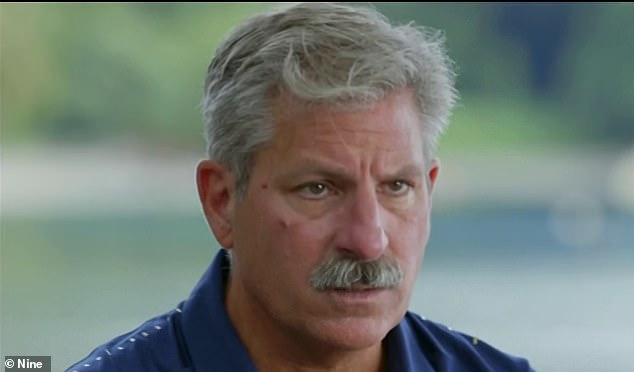 Former intelligence chief of the US Navy’s Pacific Fleet, Captain Jim Fanell (pictured) fears China has Australia in its sights

A copper goldmine is set to become an integral part of a masterplan to rebuild Bouganville, where China has promised to build $1.47 billion worth of infrastructure, including new roads, an airport, a luxury resort, bridges and a port.

‘We are starting with a clean slate and looking at all avenue, China inclusive,’ General Kaouna said.

‘China is the superpower in the world. We are free. Bougainville is free to be choosing whichever countries we can have the best deal with.’

He’s open to alliances with all countries but says he’s still waiting on offers from the US and Australia on how they can support Bougainville.

He and his wife Josie were denied visas to Australia for more than 20 years as he called on Australia to do more, along with with an apology for its lack of support during its 10 year civil war with Papua New Guinea. 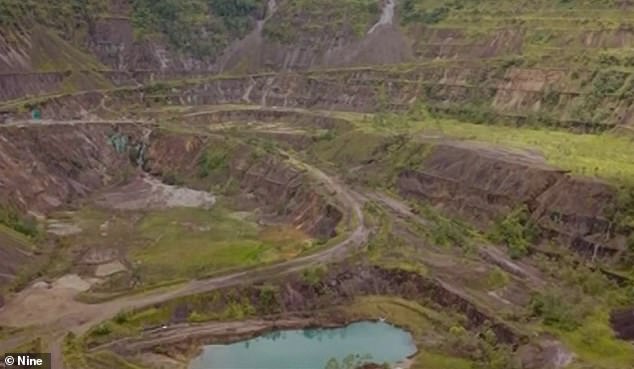 Destroyed by civil war, the Panguna Mine is still a valuable commodity for Bougainville

‘Australia is making an enemy out of Bougainville when they give me that treatment,’ he said.

Daniel Suidani, the Premier of the Solomon Islands’ largest island Malaita, alleged he was offered a SI$1million (almost A$200,000) bribe to support his country’s switch to China.

‘Maybe there are some of my colleagues who have been offered the same and they may have accepted it … but I didn’t accept it,’ he said. 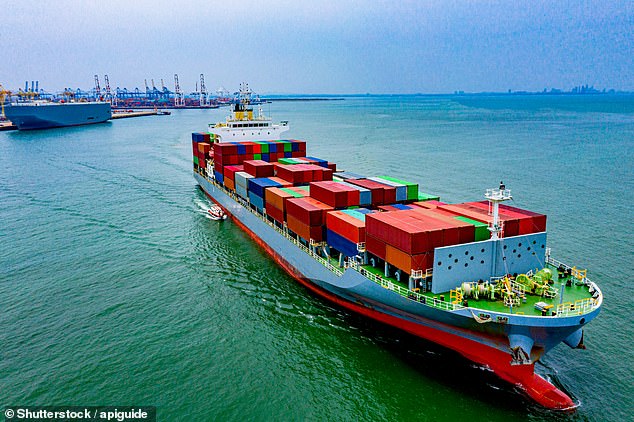 On the nearby island of Tulagi, Chinese companies reportedly offered a 75 year lease that would have granted them rights to the island’s deep-water port, oil, gas, fishing, forestry and tourism.

However, the land is owned by the women, where they had the final say to decide they didn’t want to owned by the Chinese.

‘China is a communist country. And the Solomon Islands is a democratic country.’

The 60 Minutes crew led by Channel Nine journalist Liam Bartlett were detained on the Pacific island of Kiribati, near Fiji, as they conducted their investigation.

The five-person team entered the city of Tarawa in Kiribati, an island in the central Pacific Ocean, but were held up by authorities after failing to obtain the correct media permits, according to reports.

While they claimed the visit was for ‘meetings’, issues reportedly arose when it was discovered the trip was really to film the news story.

The crew were accused of making a false declaration after being told they would need a permit to film, reported The Daily Telegraph. 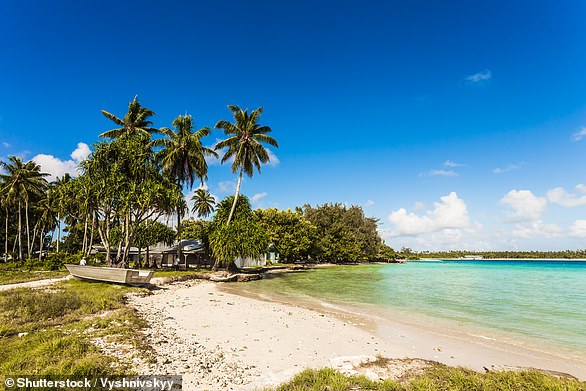 The five-person team entered the city of Tarawa in Kiribati (pictured), an island in the central Pacific Ocean

Tarawa authorities said the permit would have been approved had they applied prior to arrival.

The 60 Minutes crew was told they could obtain the permit if they paid a $3000 fee and agreed the government could censor their material ‘to retract the contents that contradict and are not aligned with the current Government’s policies and priorities’, The Sydney Morning Herald reported.

The crew reportedly chose not to obtain the permit, but travelled to the county regardless.

They were detained on arrival and asked to remain in their accommodation until the next flight out became available.

‘The 60 Minutes crew travelled to Kiribati on Monday. Before leaving, they submitted applications for filming approval,’ a Channel 9 spokesman said.

‘On arrival they arranged a meeting with authorities including the Executive Assistant of the President and a Senior Representative of the Immigration Department to discuss the application.’

The spokesperson also said further forms were submitted and a request was made for expedited approval, but the request was declined.

‘The crew is not under detention or house arrest as has been incorrectly reported, and the issue does not affect the story being worked on,’ Nine said.