An explorer completed an epic 1,250-mile backpacking trek from the tip of Cornwall to the top of Scotland – to celebrate his 70th birthday.

John Sutcliffe hiked from Cape Cornwall to Cape Wrath, carrying 18kg of camping equipment and clothing and taking in some of the UK’s most remote and wildest parts.

During his daring 106-day walk, which included a few rest days, the former geologist spent almost every night camping in the wild, save for the occasional night of luxury in a B&B.

Explorer John Sutcliffe, who celebrated his 70th birthday by embarking on a 1,250-mile backpacking trek from the tip of Cornwall to the top of Scotland. He’s pictured here leaving Hadrian’s Wall 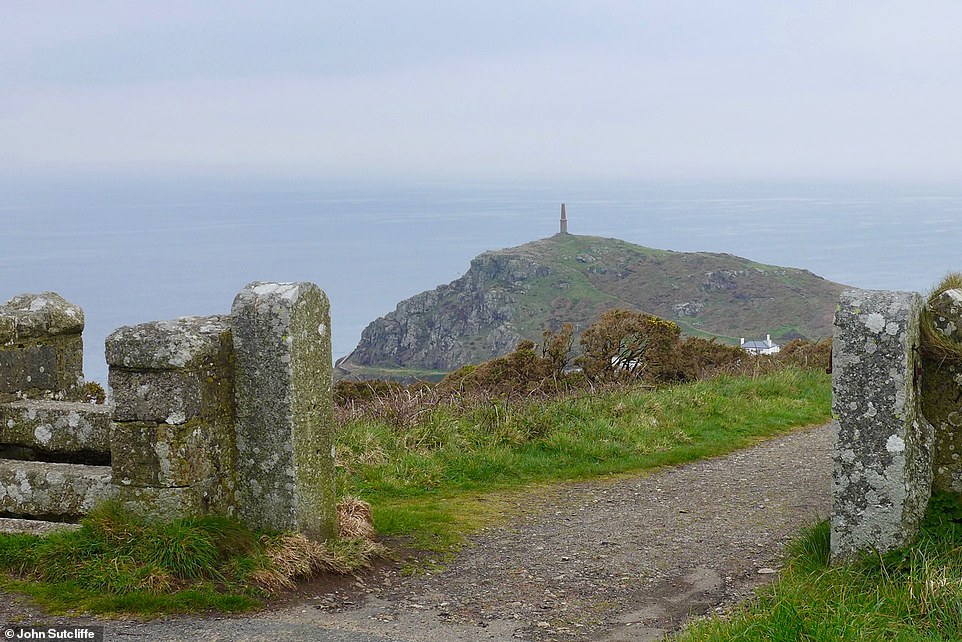 John started his journey next to the granite gateway of Cape Cornwall. The trek took him 106 days to complete 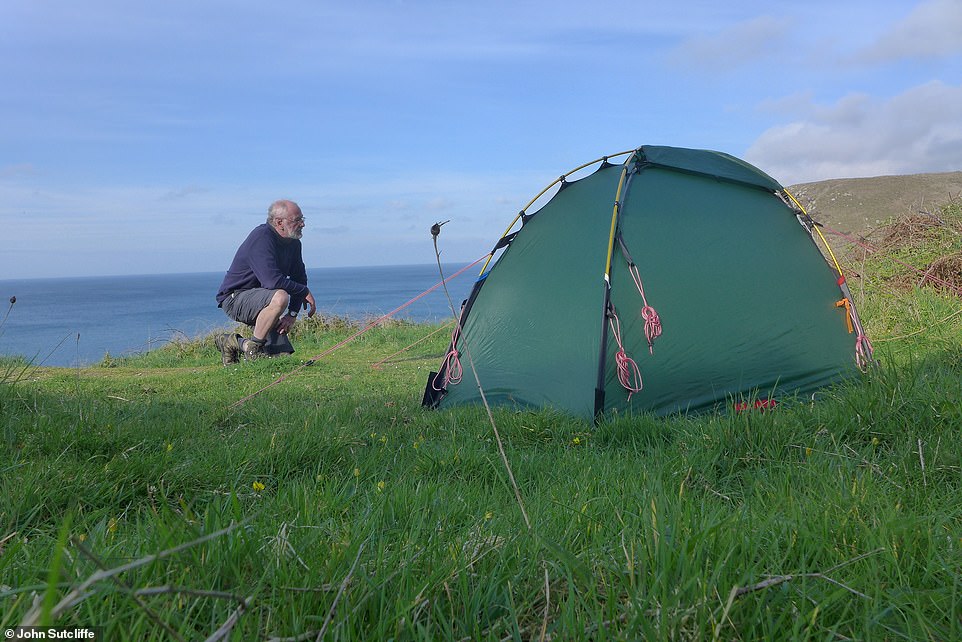 John had to carry all of his equipment on his back during the trip. He is pictured on Day One after pitching up his tent for the first time at Portheras Cove in Cornwall 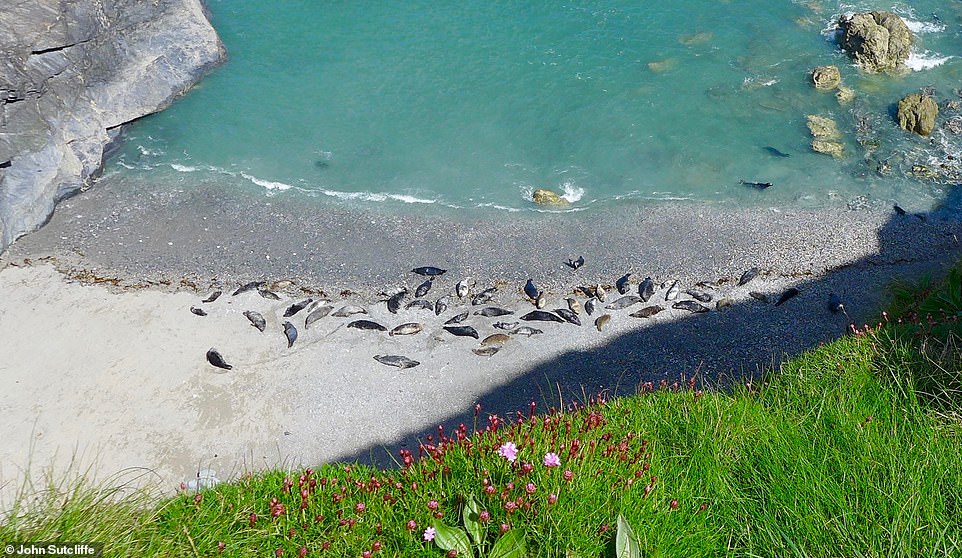 Just four days into his trip, John stumbled across Godrevy Point in Cornwall and snapped this charming image of seals on the shore 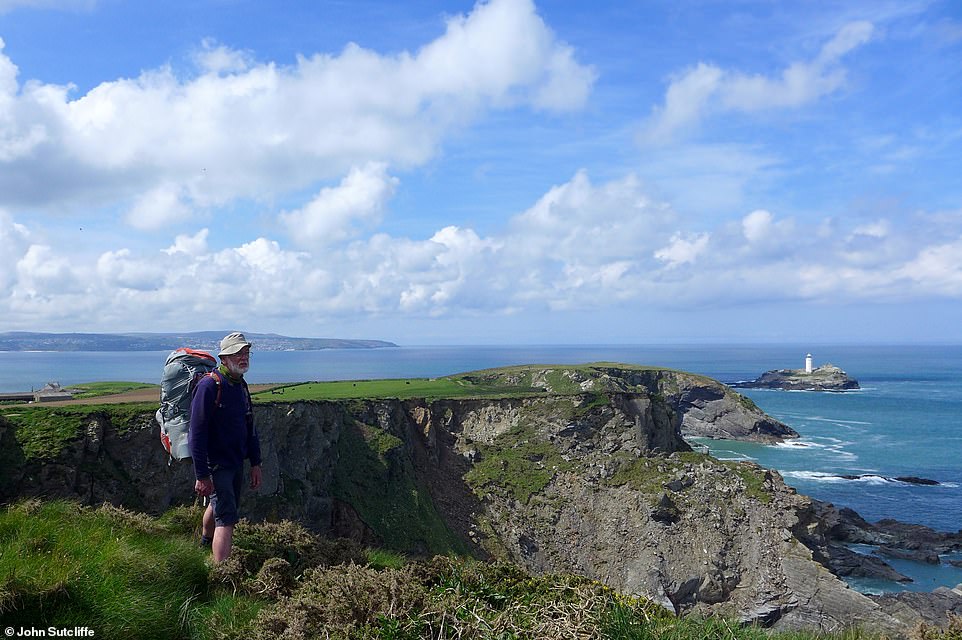 John, who lives in North Yorkshire, planned his journey as an alternative to the standard John O’Groats to Land’s End trip. He is pictured here at Godrevy Point in Cornwall on Day Four 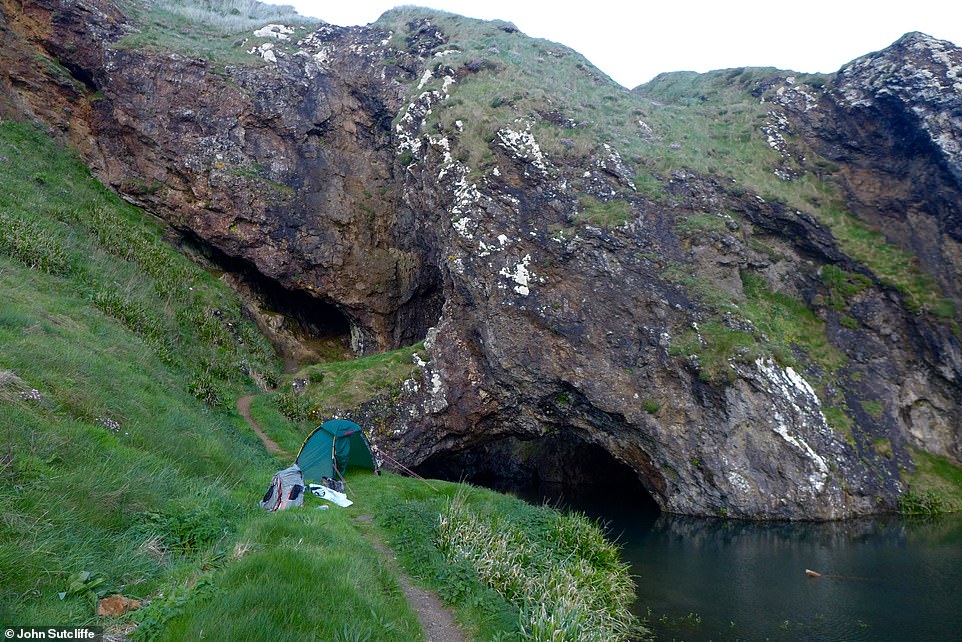 Home for the night on Day Six was an ancient iron mine, pictured, at the north end of Penhale Sands in Cornwall

John, who lives in North Yorkshire, planned his journey as an alternative to the standard John O’Groats to Land’s End route – which is actually 380 miles shorter than his trip.

And now he has shared his diaries and inspiring photos from the trek in a fascinating new book, Cape to Cape.

The book chronicles his experiences of the kindness of strangers, as well as the unforgiving nature of the British weather.

John said: ‘I wanted to set myself a challenge ahead of my 70th birthday, and as a geologist by trade, was keen to explore some of the most interesting – and challenging – terrain in the country.

‘The idea for the walk evolved during a conversation over 40 years ago, and it took a huge amount of preparation and planning – finding the right kit and plotting the route in fine detail before I left home. 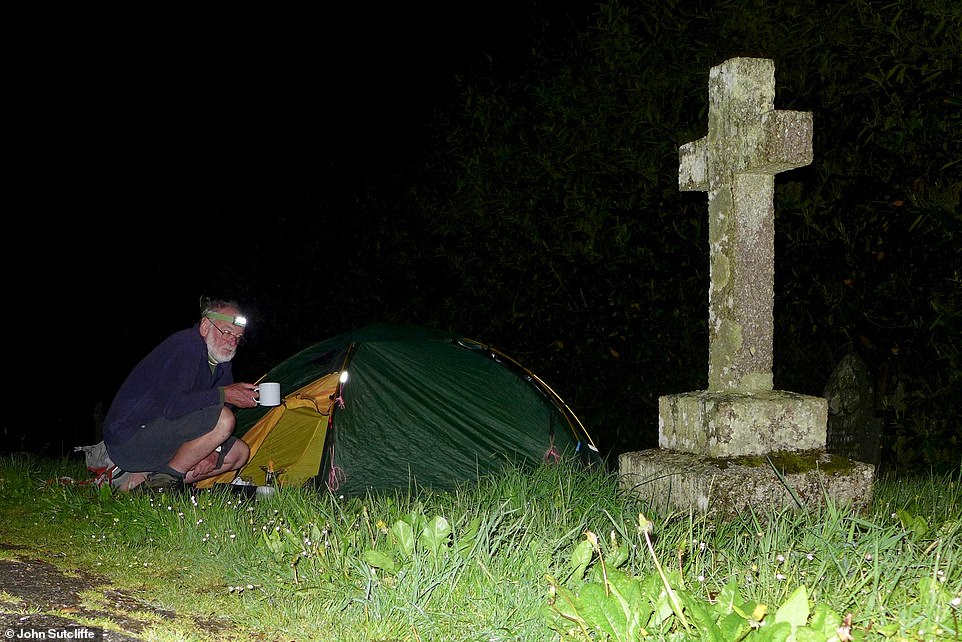 Most nights of the trip saw John camp in the wilds. He is pictured here on Day Nine making a cup of hot chocolate after pitching his tent in a graveyard in Blisland 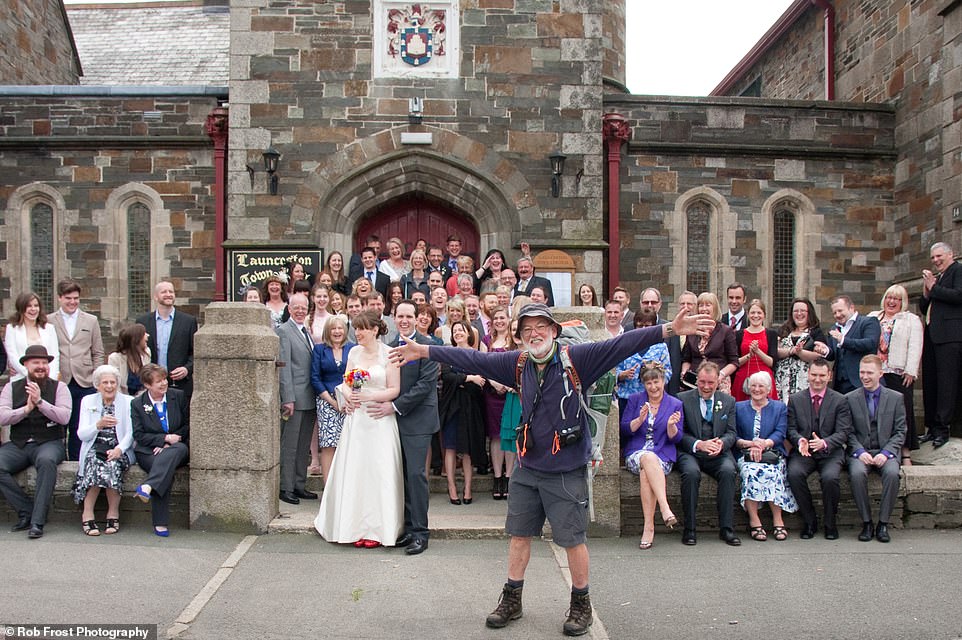 While heading towards Launceston, John came across a wedding party taking pictures in front of the town hall. He wrote in his book how he couldn’t resist photobombing one of them 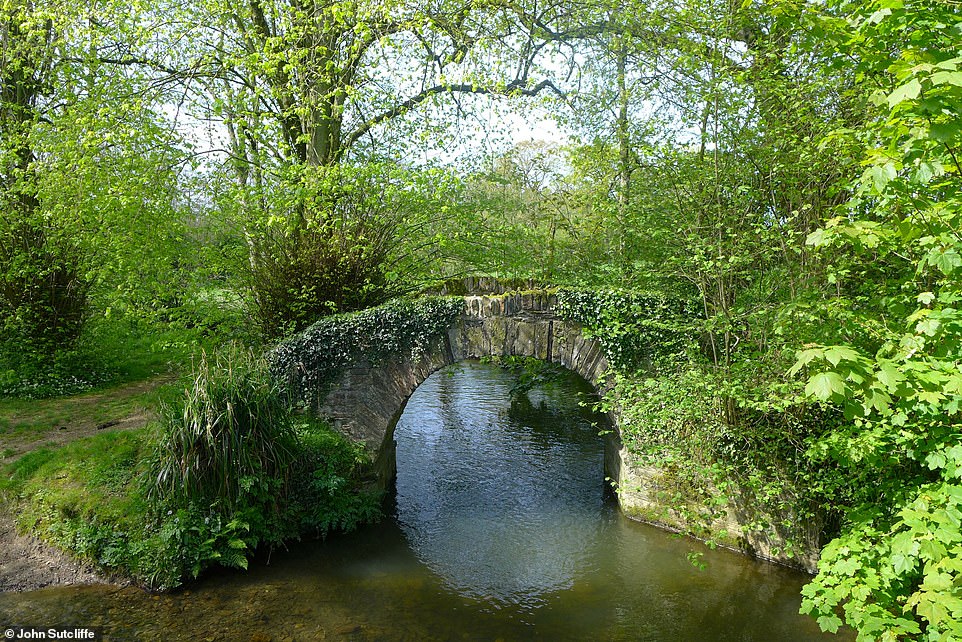 On day 13 of the journey, John came across this quaint brick bridge that dated back to medieval times just outside Launceston 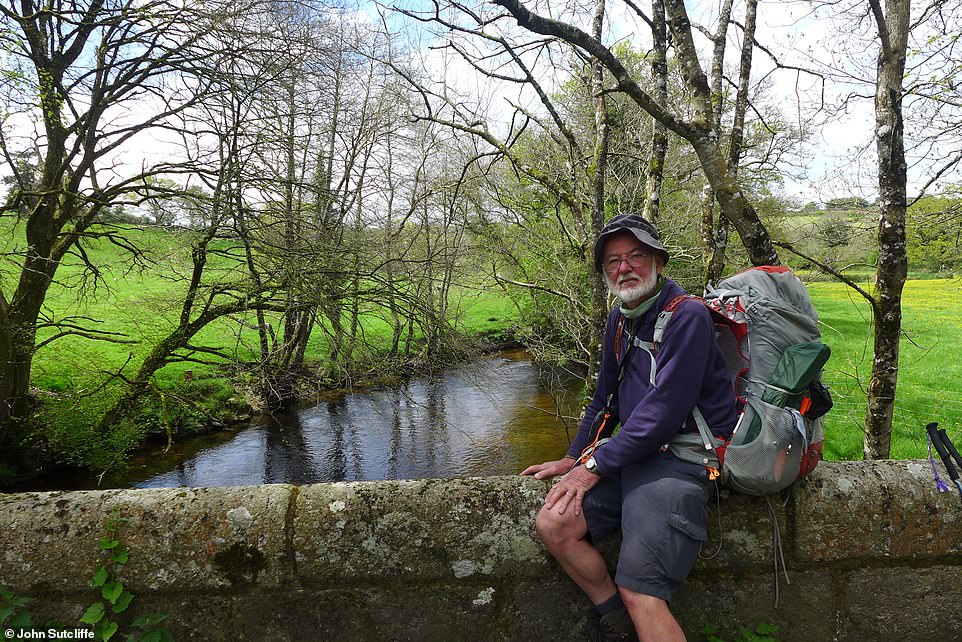 John poses for a photo while resting against a bridge that crosses the River Teign near Chagford in Devon. Day 15 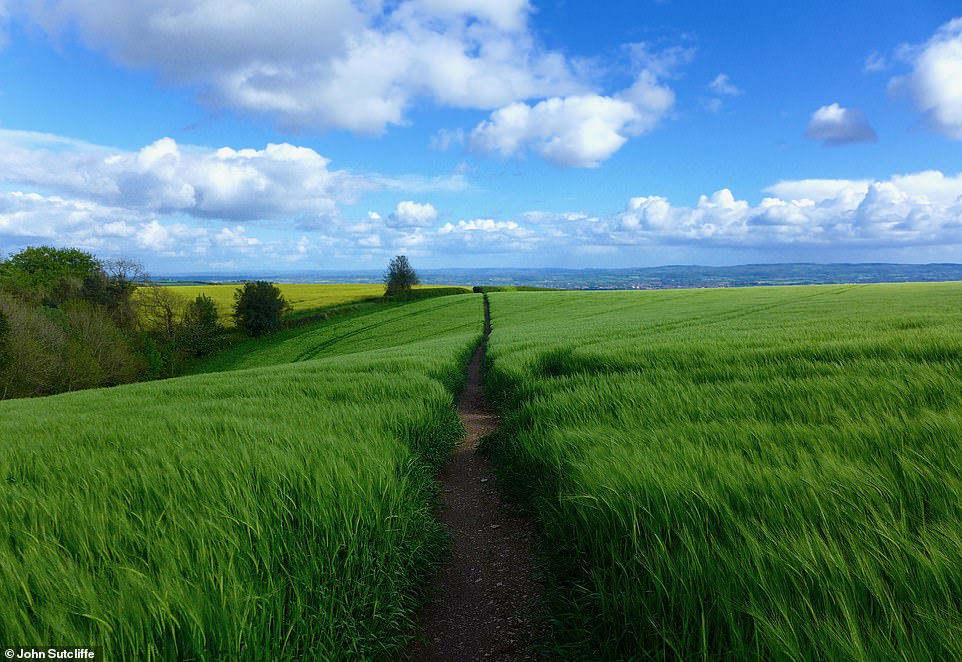 One of the most stunning shots that John captured was this one, taken on Macmillan Way West on the Quantock Hills near Ivyton Farm on day 21 of the journey

‘I would love to think that my experience can inspire others – young or old – to explore the wild, unspoiled parts of our country, spending a night or two under canvas in the company of rustling creatures of the night – it is an eye-opening experience!’

John’s journey began in April 2014 at Cape Cornwall, where he followed the cliffs before heading inland, across the remote moors of Dartmoor and Exmoor and on to the marshy Somerset Levels.

The explorer then followed the path of the England/Wales border to Shropshire and then headed for the limestone dales of Derbyshire.

He then traversed the Pennine Way for 250 miles to the Scottish Borders. 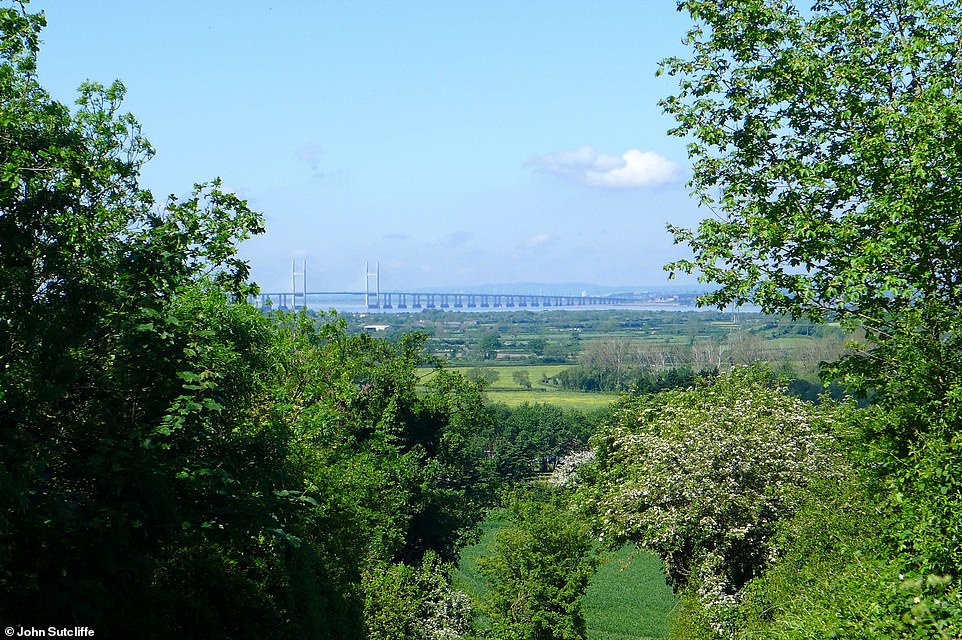 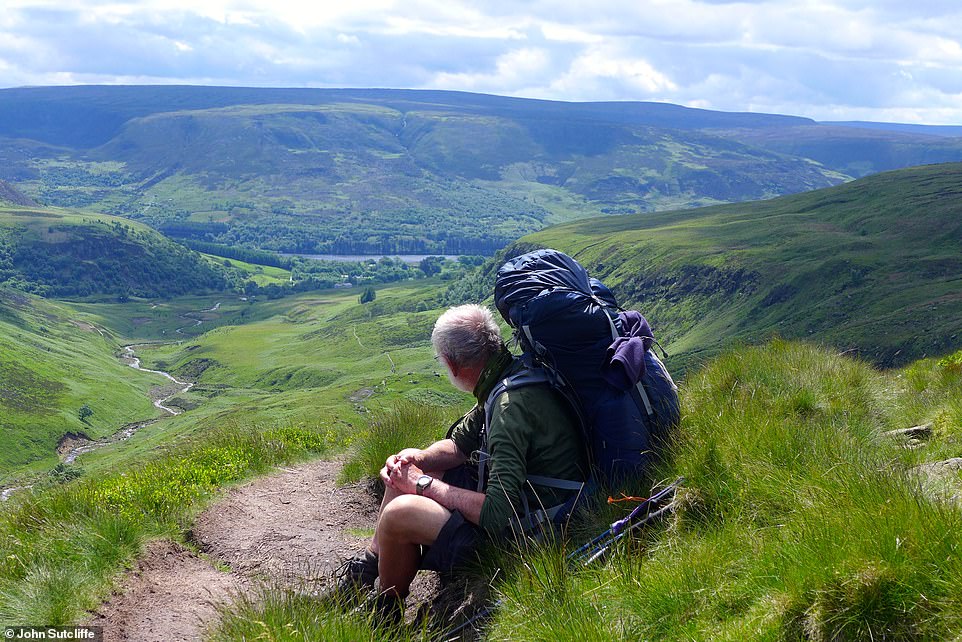 On Day 50, John captured this stunning shot looking down to the hamlet of Crowden in Derbyshire. This marked the start of the South Pennines section of the journey 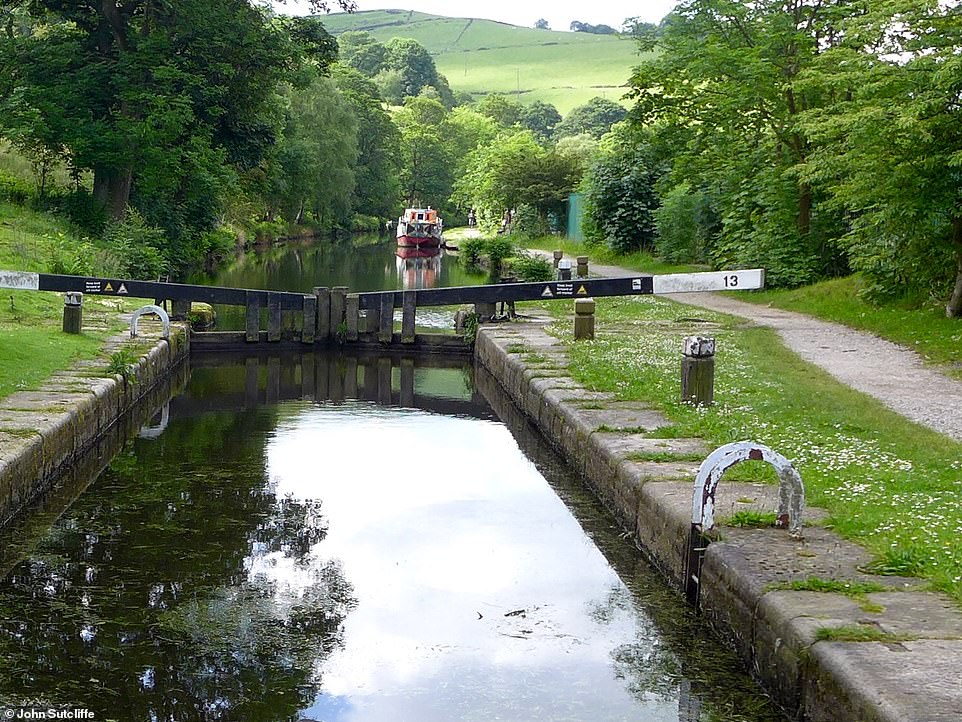 Locks on Rochdale Canal, Day 52. The canal opened in 1794 but it stopped being used to transport goods in large volumes in 1840, when the railway arrived

The dramatic glaciated ‘U’ valley High Cup Nick in Cumbria, which John reached on day 58 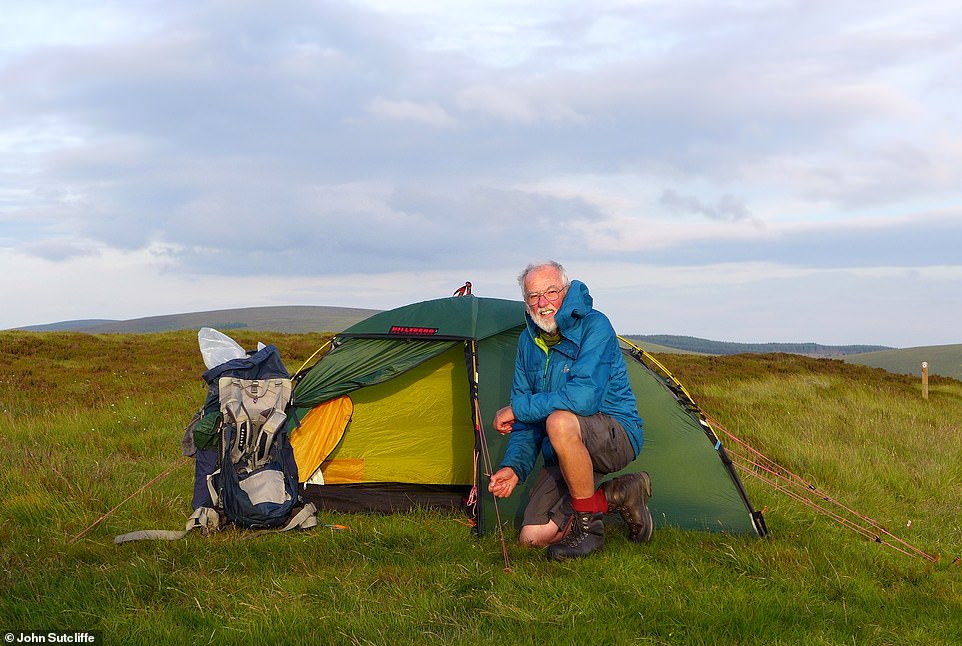 John said: ‘I wanted to set myself a challenge ahead of my 70th birthday, and as a geologist by trade, was keen to explore some of the most interesting – and challenging – terrain in the country.’ He is pictured here at the Scottish Border at Clennell Street, on top of the Cheviot Hills, on Day 65 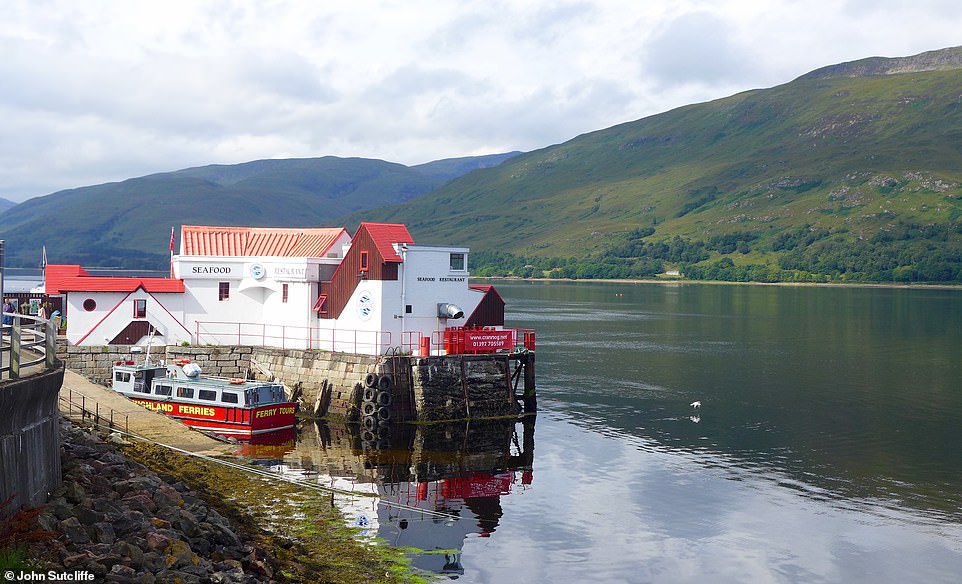 The Camusnagaul ferry over Loch Linnhe sea loch to the Ardgour Peninsula – the only bit John didn’t walk. Day 82 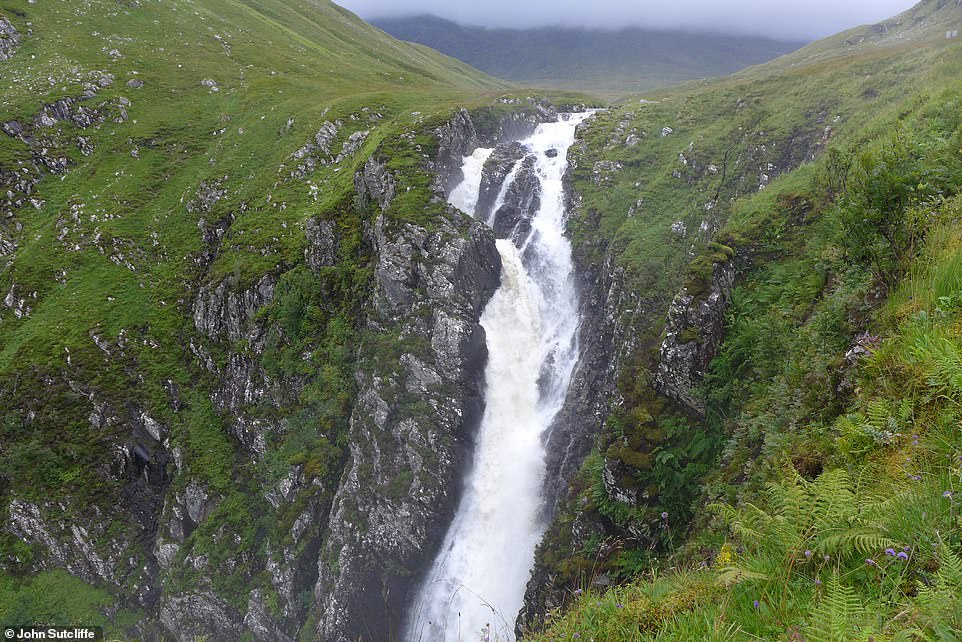 The 370ft Falls of Glomach in Ross-shire pictured on Day 90. It is one of Britain’s highest waterfalls 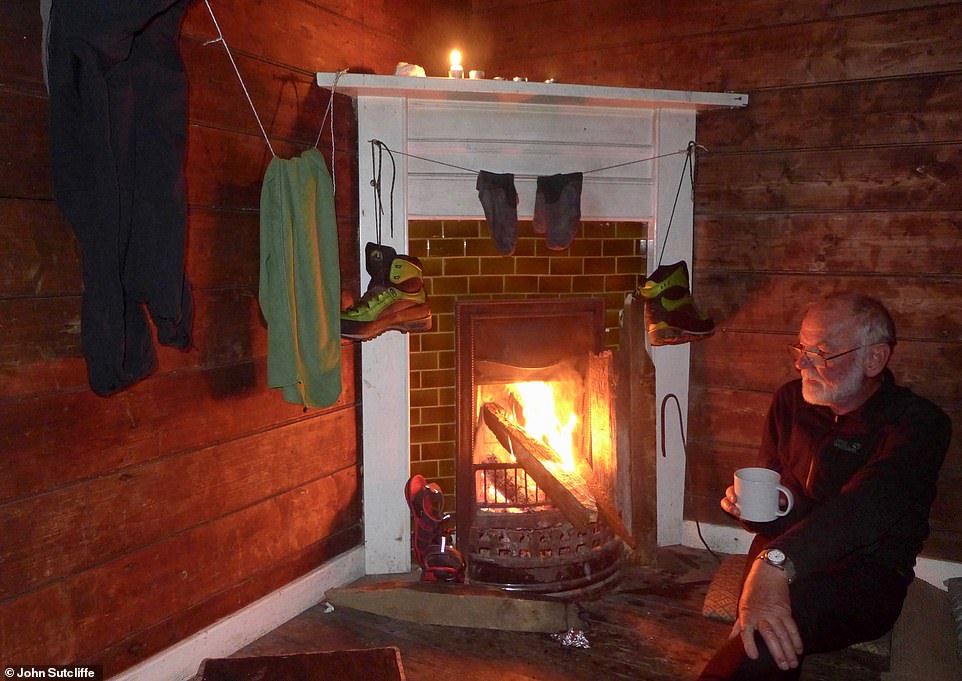 As well as camping in his tent, John also relied on the bothy network, shelters that are free for passers-by to use. He is pictured here at a bothy on the Killilan Estate in the Highlands. Day 91 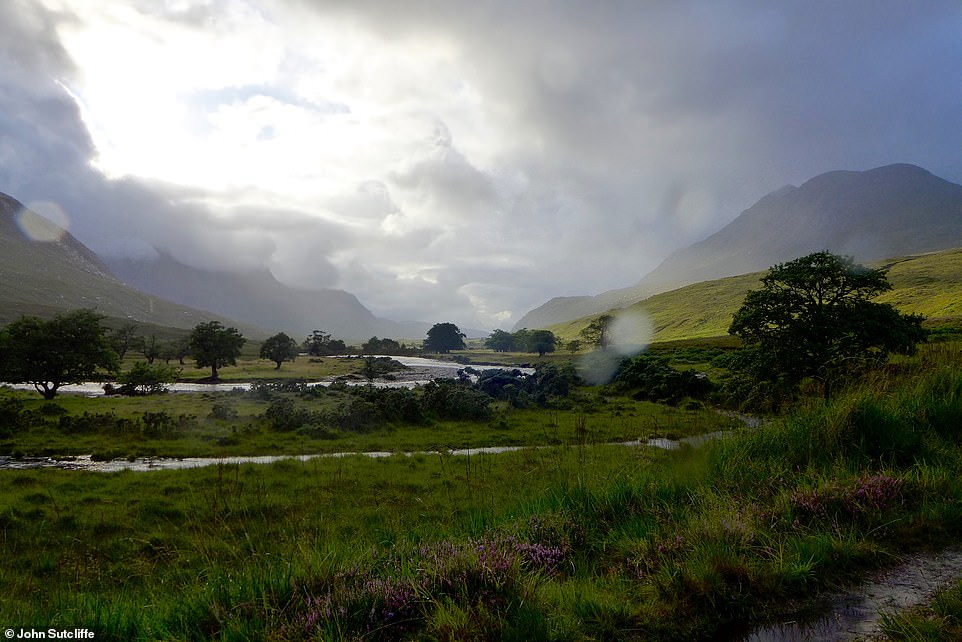 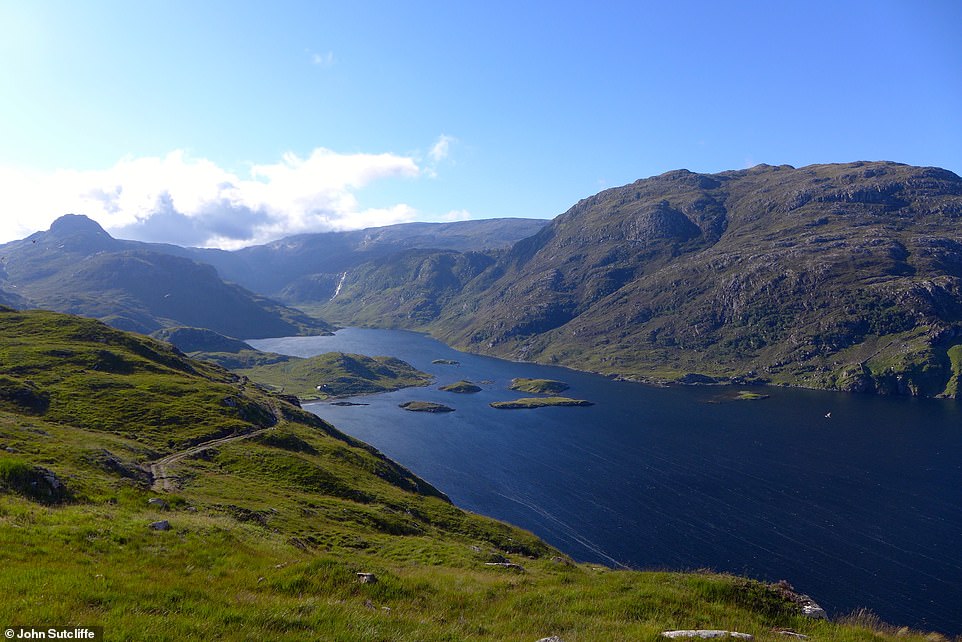 Looking down on Glencoul, with Eas a’ Chual Aluinn, Britain’s highest waterfall, in the distance. It has a sheer drop of 658ft. Day 103

After traversing the Southern Uplands of Scotland and the Pentland Hills – hidden gems that many walkers overlook – he then followed the West Highland Way to Fort William where he clocked up 1,000 miles and took a brief pause for his mother’s 100th birthday.

Celebrations over, he then set out across the rugged and wonderfully remote North West Highlands of Ardgour, Knoydart, Torridon and Sutherland, exploring the bothy network (a bothy is a rudimentary shelter that passers-by can use for free) along the Cape Wrath Trail and pitting himself against the elements with the onset of Hurricane Bertha.

After completing his journey, it then took John four times as long to write a book about his experiences as it did to complete the walk, because he had to refer back to his three notebooks, GPS tracking data and hundreds of hours of digital voice recordings he made along the way. 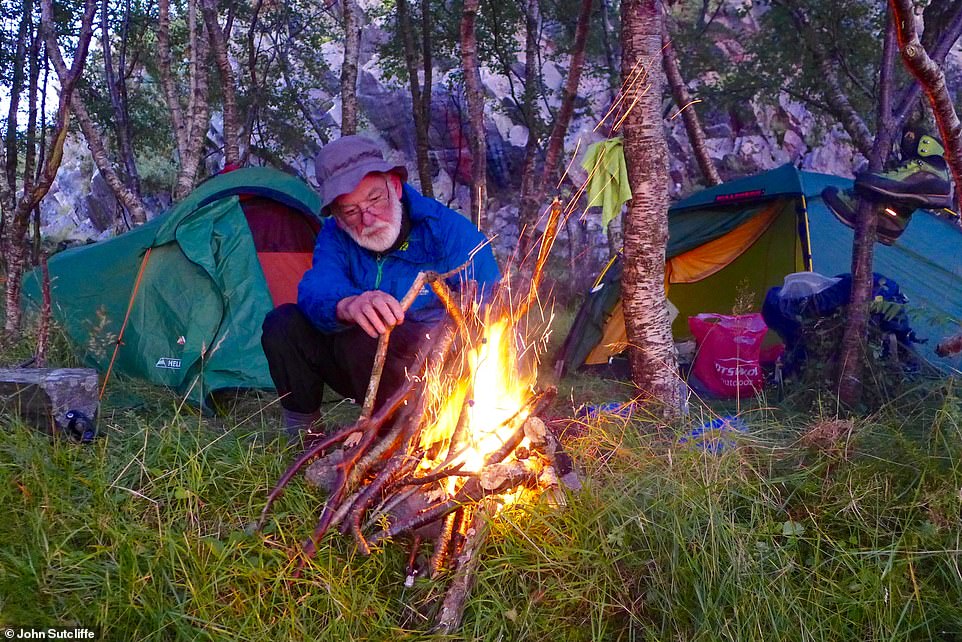 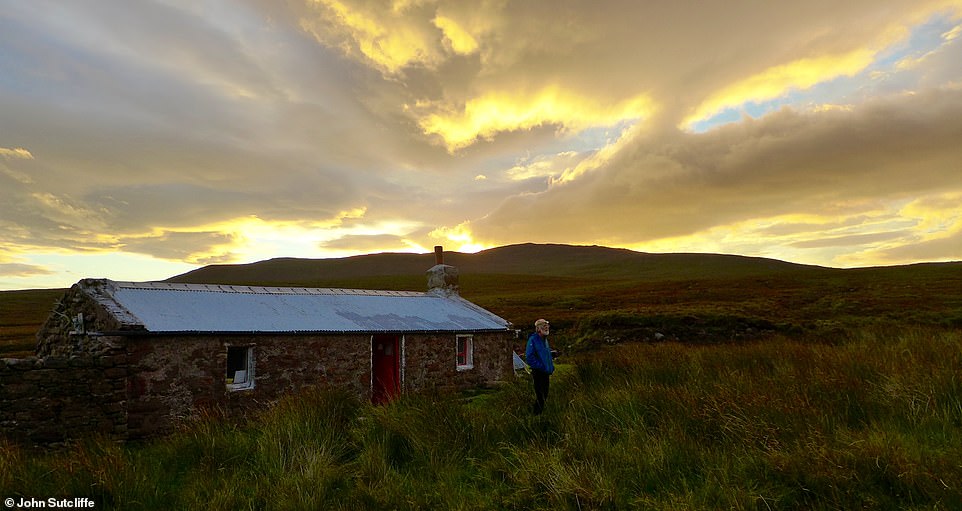 A beautiful sunrise at Strathchailleach Bothy on Day 106. What you can’t see is the cloud of midges that followed John as he set off 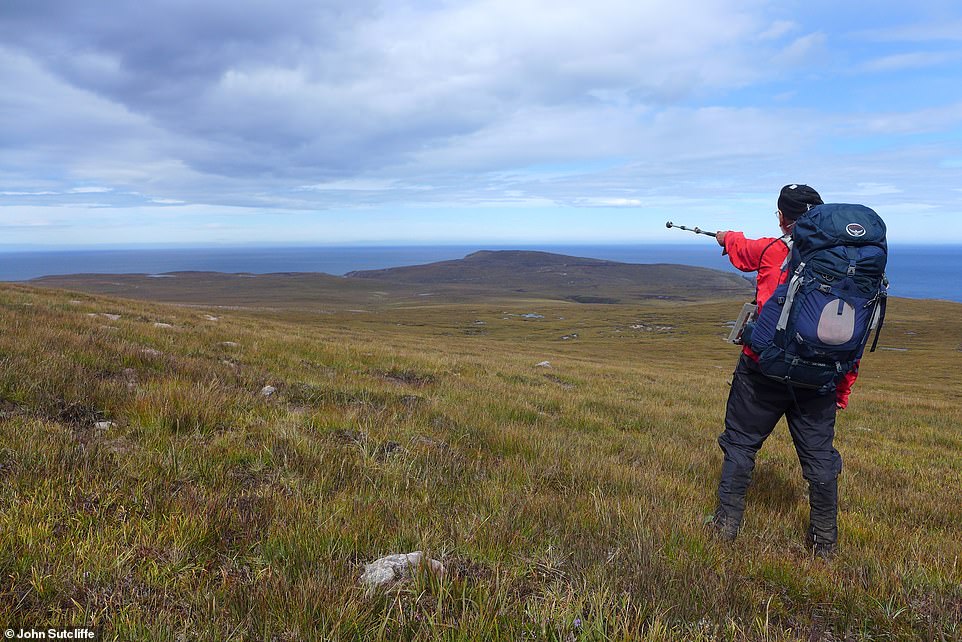 Almost there on Day 106. Striding across ankle-deep heather to Cape Wrath 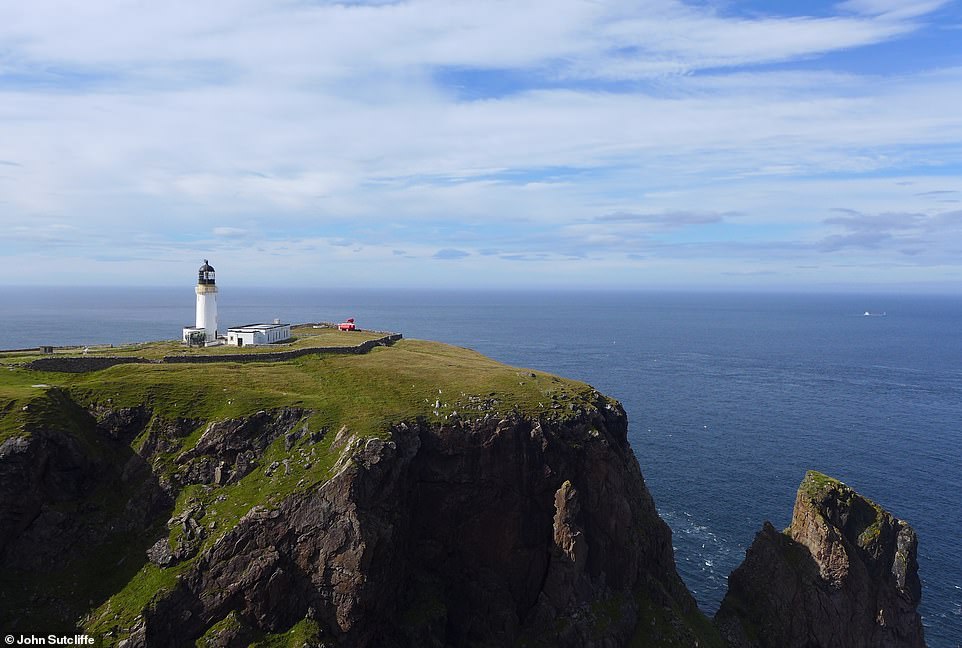 Cape Wrath lighthouse pictured on Day 106. John said: ‘There was no crowd of people to wave me on as I crossed the finishing line… just wheeling seagulls too engrossed with their soaring to notice our arrival’

He also had to wade through 1,750 images he had snapped to illustrate the route.

Cape to Cape can be ordered from Vertebrate Publishing and is available from selected bookshops and internet retailers, priced at £17.99.

To read more about the trek’s route and to download GPX files that show exactly which paths and trails John followed, visit www.johnsutcliffe.net.

He’s also included a full list of the trekking gear and supplies he carried on his back, over moors, and mountains. 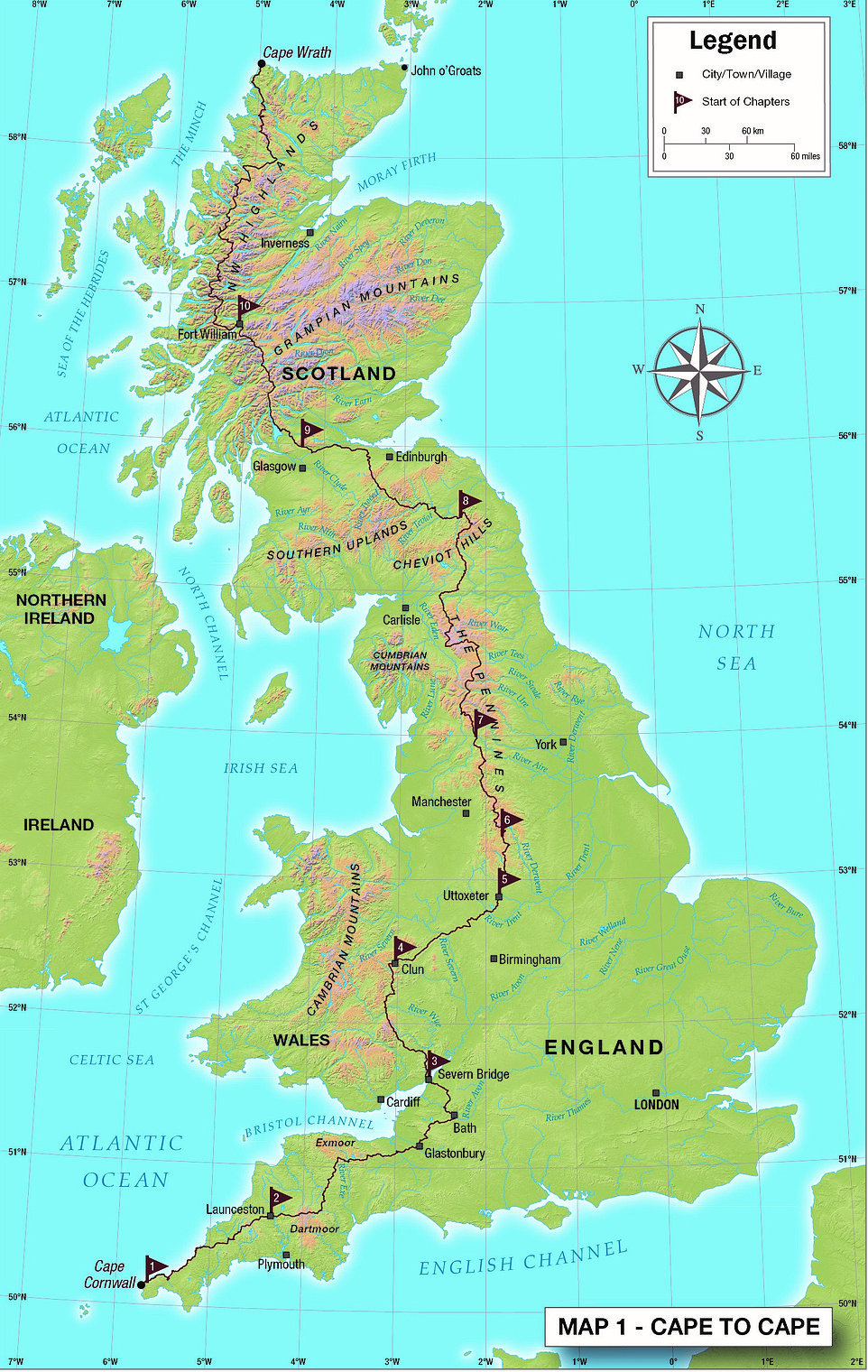 This map shows John’s well-planned route, which is 380 miles longer than the traditional Land’s End to John o’ Groats route