An ecologist has shared a futuristic idea for when humans colonize Mars – an ‘extraterrestrial nature reserve’ (ETNR) inside an air-locked bubble.

The ‘forest bubble’ would feature a 50-acre Earth-like ecosystem with trees, wetlands, air currents and atmospheric pressure that would act as a refuge for humans while providing them with food and raw materials.

Paul Smith, a teacher in the University of Bristol’s civil engineering department, proposed the idea as an alternative to terraforming all of Mars, as transforming the Martian planet could take up to 100 million years.

Along with providing an oasis for spacefaring heroes, ETNR would give them a sense of living on Earth – since that is all humans have known – and act as a psychological refuge.

Terraforming Mars has been a long-held goal of scientists and NASA, which is aiming to put humans on the Red Planet in the next decade.

While some of the suggestions are outlandish, they would take millions of years to be successful – and this is where Smith’s forest bubble comes in.

‘A case is made for developing a contained facsimile, old growth forest on Mars, providing an oasis, proffering vital ecosystem functions (a forest bubble),’ Smith wrote in his study published in the International Journal of Astrobiology. 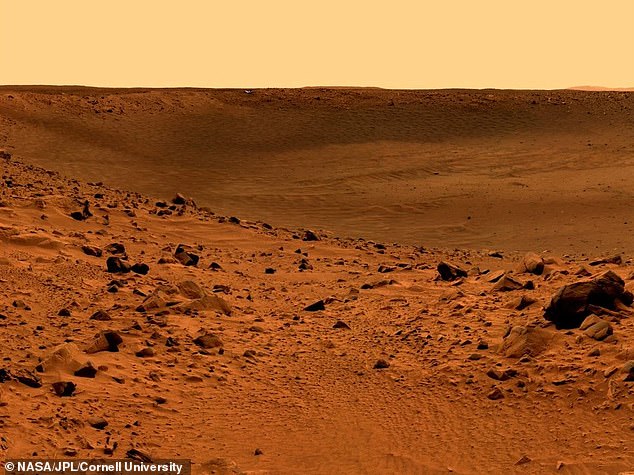 It would give them a sense of living on Earth and act as a psychological refuge. This is compared to the desolate landscape of Mars

The bubble would feature a shield to protect against shortwave ultraviolet light, ionizing radiation and meteorites, along with housing positive atmospheric pressure.

With the atmospheric pressure, weather patterns and artificially generated wind would be inside the air-locked dome.

Smith notes that the organism would come from Earth and can tolerate ‘local environmental variance and be assembled into a novel, bioregenerative forest ecosystem,’ he shared in the study.

‘ETNR designers should consider species as ecological cogs that might be assembled into functional ecosystems.

‘Replication of Earth forests is currently unfeasible, but the development of new ecosystems, functioning in unexpected ways, is conceivable.’

The design would feature some organisms that Smith says are ‘problematic on Earth,’ but have shown the ability to adopt or has terraforming value.

This echoes research released by the Pentagon’s Defense Advanced Research Projects Agency that proposed using organisms with specific genes to create something with certain characteristics. 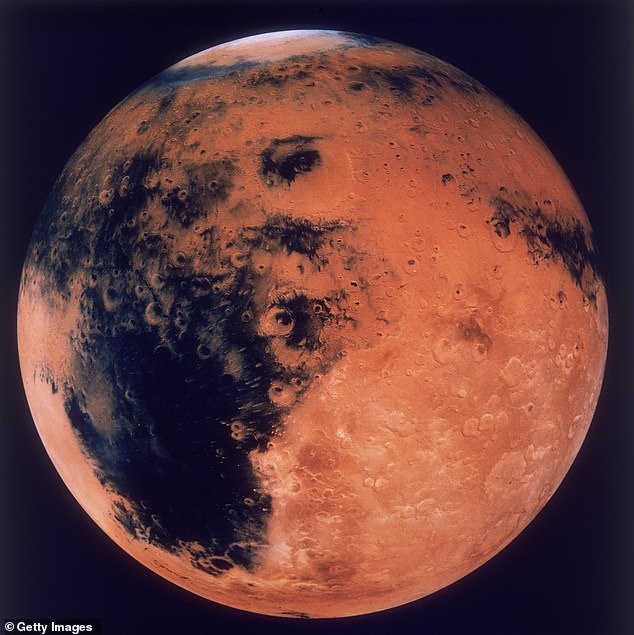 The ‘forest bubble’ would feature a 50-acre Earth-like ecosystem with trees, wetlands, air currents and atmospheric pressure that would act as a refuge for humans while providing them with food and raw materials

For example, it has been theorized that some could be bioengineered to pull certain gases out of the Martian atmosphere – like carbon dioxide – and create nitrogen and oxygen.

Both are abundant in Earth’s atmosphere and would be needed for any humans hoping to breathe on Mars without a spacesuit.

The ETNR would also feature wetlands, which provide food and clean water for humans on Earth.

Wetlands are crucial for the water cycle, as they clean and recycle water so biological activity can function correctly.

And they cycle nutrients in a way other ecosystems cannot.

‘The designers’ task is daunting but, if survival of Earth life is to be ensured, challenges must be overcome,’ wrote Smith.

‘ETNR design will be inspired by human dependency on ecosystem services, even in purely utilitarian fashion, because, despite technology, that dependence cannot be shed.

‘Ultimately, humans must take Earth’s ecosystem with them, acting as the medium through which it colonizes the planetary archipelago of space.’