Argentina secured a semi-final spot at the Copa America with a dominant 4-1 victory over Venezuela, as Lionel Messi equalled Gabriel Batistuta’s goalscoring record, so you would perhaps expect the dressing room to be awash with positive energy after the full-time whistle.

The picture, taken by Manchester United’s Marcos Rojo and shared by Lavezzi, shows a line of Argentina players including Messi, Sergio Aguero, Ever Banega and Javier Mascherano glued to their phones in a dressing room littered with discarded kit, bottles and bandages.

Ezequiel Lavezzi shared a photo of himself, Lionel Messi, Sergio Aguero, Ever Banega and Javier Mascherano 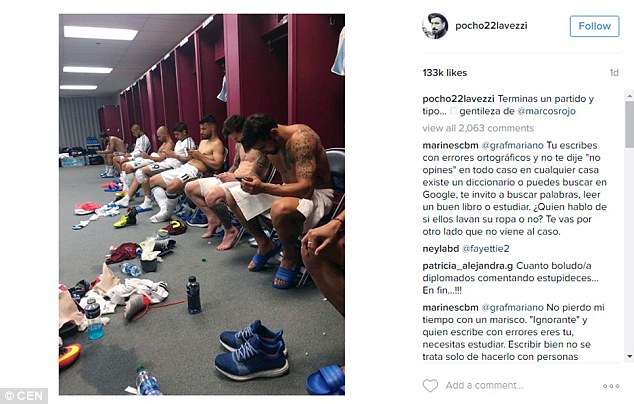 Lavezzi shared the image with a caption translated to mean ‘Finish a game and kind …courtesy of @marcosrojo’ and received plenty of attention from his 2.5million followers.

While the changing room scene resembled that of a doctor’s waiting room, on the pitch the Argentines showed plenty of emotion as they continued their chase of a first Copa America success since 1993.

Having lost three of the last four finals in the competition, Gerardo Martino’s side have impressed in the United States and will now take on the hosts in the semi-finals in Houston on Wednesday. 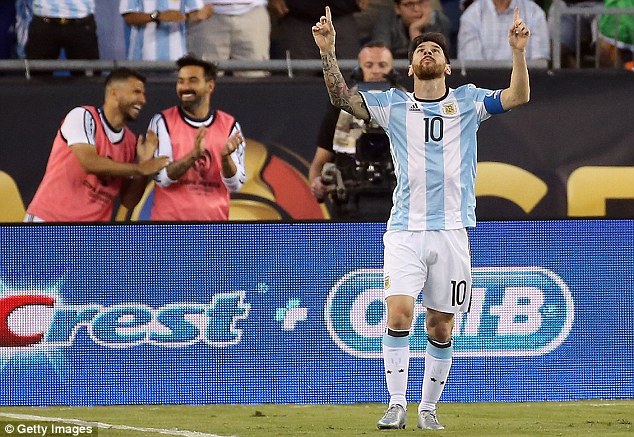 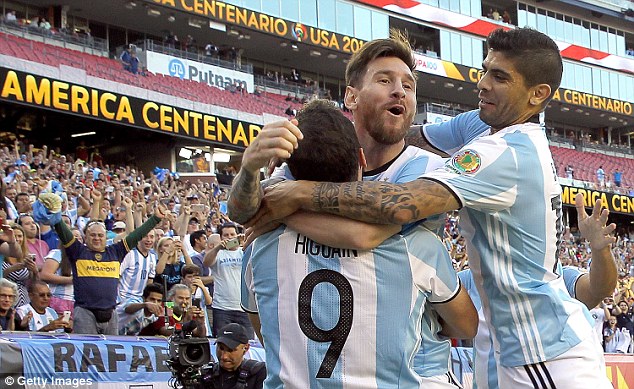 Their run to the last four has come largely without Messi, who made his first tournament start in the victory over Venezuela, having previously struggled with a back injury which had limited him to two substitute appearances.

He ran the show in the quarter-final, though, with his goal on the hour mark coming alongside assists for Gonzalo Higuain’s first and Erik Lamela’s goals.

Messi found the net with a calm finish after a neat one-two with Nicolas Gaitan, which took him level with Batistuta on 54 goals, at the top of the Argentine scoring charts. 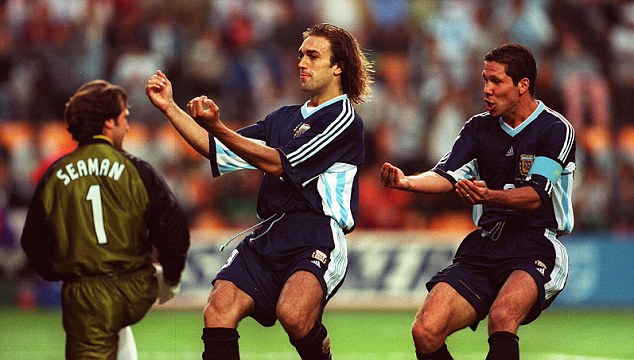 Asked about his record after the game, Messi said in his usual humble style: ‘It’s important for what it means to be the top scorer, because it’s Bati, but what makes me happier is the team, the result, because we made it to the semis.’

Colombia take on Chile in the other semi-final 24-hours later.