F1: Hamilton the ONLY driver to abstain from Driver of the Year vote as Verstappen named No 1

REVEALED: Lewis Hamilton is the ONLY driver to abstain from drivers’ Driver of the Year vote… with bitter Red Bull rival and two-time world champion Max Verstappen named as No 1 by his peers

Lewis Hamilton was the only driver to abstain from the vote as Max Verstappen was named Driver of the Year by his peers.

The Red Bull star retained his title in 2022, securing his second world championship by a massive 146 points from his closest competitor, Charles Leclerc of Ferrari.

And Verstappen’s fellow drivers clearly felt that despite his constructor’s dominance, he was the best performer over the season – with his fierce Mercedes rival Hamilton the only driver not to participate in the award.

Max Verstappen (centre) was named Formula One Driver of the Year by his fellow drivers – but his fierce rival Lewis Hamilton (left), of Mercedes, was his only peer to abstain from the vote 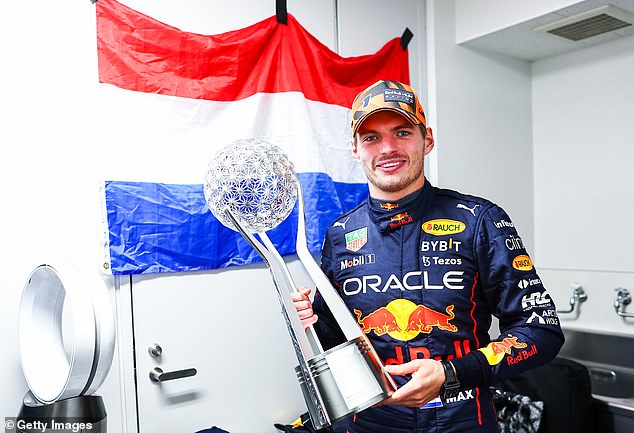 Team-mates Hamilton, who finished sixth in the 2022 World Drivers’ Championship standings, and George Russell, who finished fourth, were named joint third by their colleagues.

Like in previous years, drivers are surprisingly allowed to vote for themselves – although not all of them did so – and submitted their rankings on the condition their choices would be kept secret.

Scores were calculated based on the current point-scoring system in F1, with the top driver receiving 25 points, all the way down to the driver named in 10th place receiving a single point, with all drivers’ tallies combined. 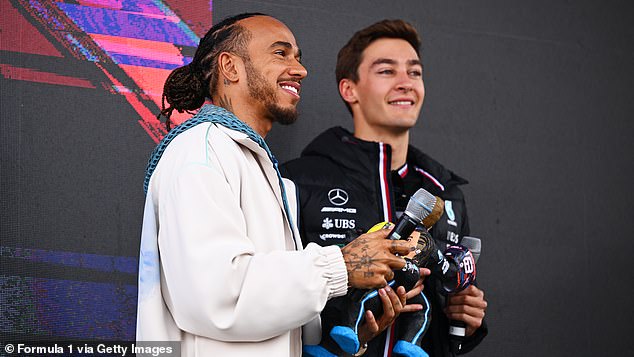 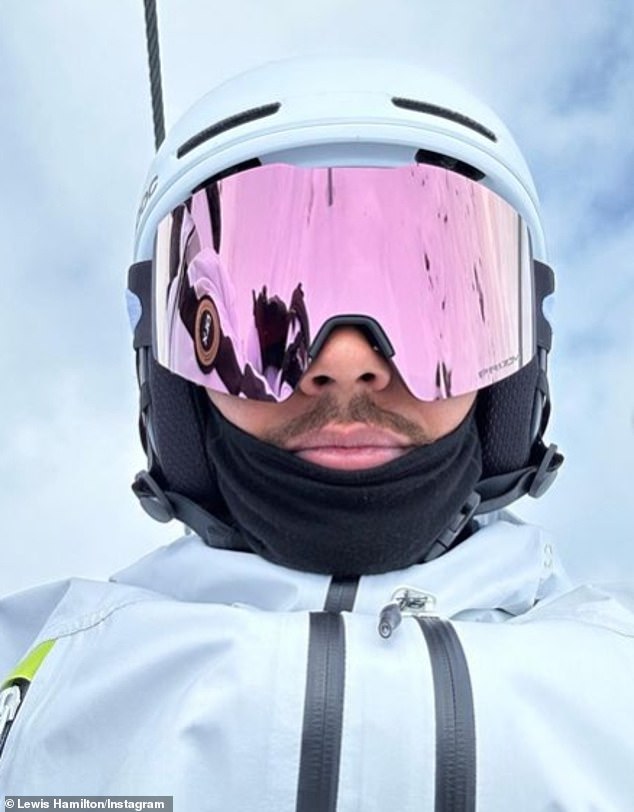 Hamilton, himself a seven-time world champion, currently appears to be on a skiing holiday

Title rivals Hamilton and Verstappen have endured a testy relationship for several years.

Verstappen stole the 2021 title from Hamilton in highly controversial circumstances when then-race director Michael Masi misapplied the rules, allowing Verstappen to overtake in the final lap, with Masi later removed from his position as a result.

Hamilton appears to be on a skiing holiday and on Tuesday took to Instagram to share pictures from his trip.

His latest post shows him enjoying himself on the slopes with the caption: ‘Hope everyone’s holidays have been happy. Sending you and your loved ones love, light, and Uncle Terry’s ‘moves”.