Fernando Alonso has undergone successful jaw surgery at Bern hospital following a cycling accident near his home in Switzerland on Thursday.

The two-time Formula One world champion had been rushed to the hospital after reportedly being hit by a car while training ahead of his F1 return with the Alpine team next month following two years away from the sport.

The 39-year-old was conscious following the incident in Lugano, in the south of the country, and will undergo further tests on Friday.

Overnight specialists repositioned his jaw following the accident, with doctors claiming he is now on the road to recovery after the successful operation.

His Alpine team issued a statement on Friday, reading: ‘Following his cycling accident yesterday Fernando Alonso was kept under observation in hospital in Switzerland. Medics discovered a fracture in his upper jaw and conducted a successful corrective operation. The attending medical team are satisfied with his progress.

‘Fernando will remain under observation in hospital for a further 48 hours.

‘Looking forward, after a few days of complete rest, he will be able to progressively resume training. We expect him be fully operational to undertake preparation for the season.

‘Alpine F1 Team and Fernando thank you for your wishes and will issue further updates when appropriate.

The Spaniard has been preparing his return to Formula One with Alpine – previously known as Renault – after a two-year absence from the sport. 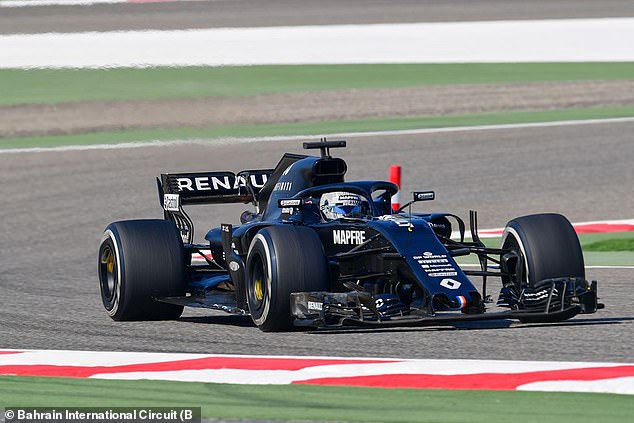 Alonso was training ahead of his return to Formula One next month with the Alpine team, formerly known as Renault 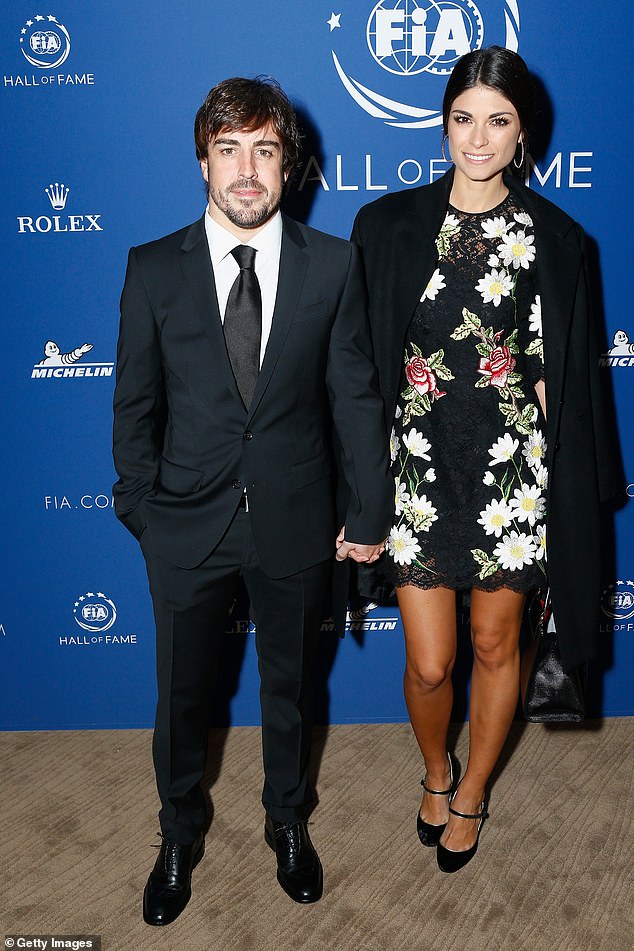 Alonso has been in a relationship with Italian model Linda Morselli since 2016. Pictured: The couple together in 2017 attending the FIA Hall of Fame Induction ceremony at Automobile Club De France

‘Alpine F1 team can confirm that Fernando Alonso has been involved in a road accident while cycling in Switzerland,’ a team statement read.

‘Fernando is conscious and well in himself and is awaiting further medical examinations tomorrow morning.’

Italy’s Gazzetta dello Sport newspaper reported earlier that the Spaniard had been hit by a car while training on his bike near Lugano and was taken to hospital.

Alpine, formerly known as Renault and renamed after the French manufacturer’s sportscar brand, said there would be no further updates on Thursday.

The Gazzetta reported that initial X-rays suggested possible fractures and questioned whether Alonso would be able to start the season.

The Formula One championship is due to begin in Bahrain on March 28.

Alonso has been in a relationship with Italian model Linda Morselli since 2016. 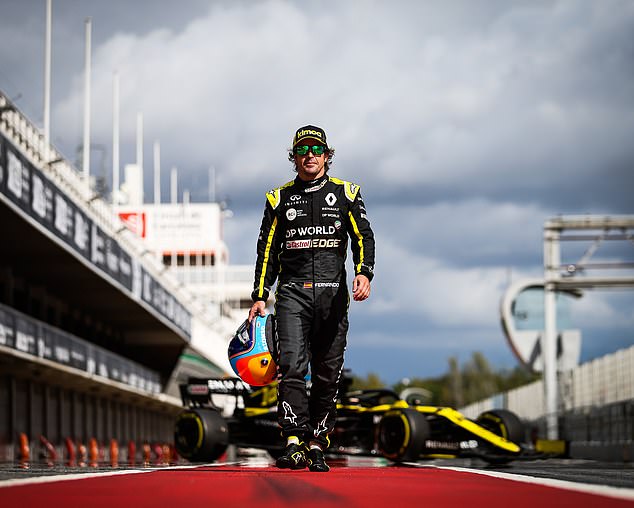 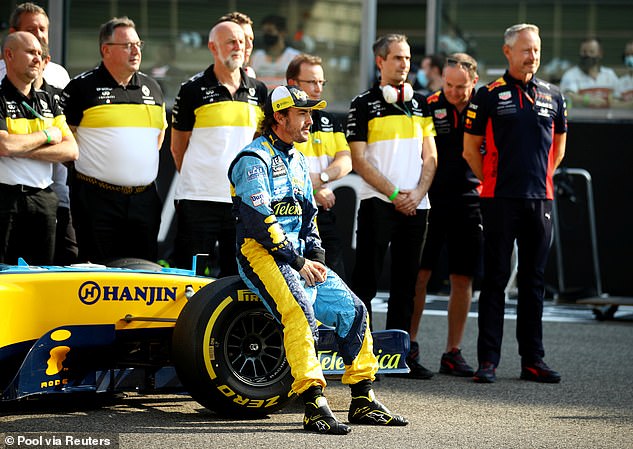 The Spaniard claimed both his F1 titles with Renault in 2005 and 2006 and this season will be his third stint with the constructor.

Alonso left Formula One in 2018 after an unsuccessful four-year second stint with McLaren.

He previously drove for the team for a single season in 2007 but fell out with team bosses during a tumultuous battle with his then-rookie teammate Lewis Hamilton, who was in his first season in the sport.

Overall, he has won 32 races out of 311 race starts, placing him sixth on the all-time winners list. 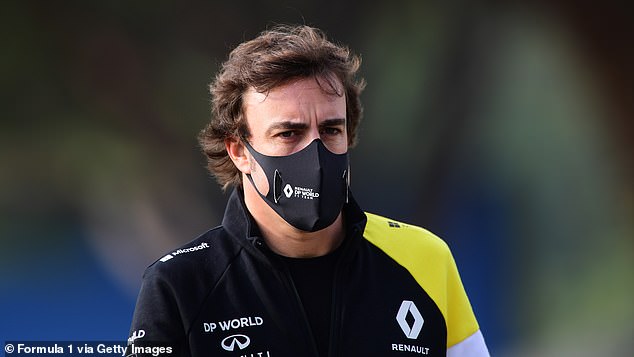 Alonso, who helped Toyota win the 24 Hours of Le Mans endurance race in 2018 and 2019, is set to make a full-time return to F1 after he signed for Alpine for the 2021 campaign

During his stint away from Formula One, Alonso has also raced in US series IndyCar and the Dakar Rally.

He is set to be partnered at Alpine this coming season by younger driver Esteban Ocon, who also raced for the then Renault team last year.

Testing for the new season is taking place in the middle eastern country between March 12-14.

‘Just heard about my friend Fernando Alonso’s accident, I wish him a speedy recovery,’ Yazeed Al-Rajhi, who raced against Alonso at the 2020 Dakar Rally, said on Twitter.

‘Sending our well wishes to @alo-oficial after being involved in a cycling accident,’ the British Racing Drivers’ Club posted on the social media platform.

Alonso, a winner of 32 grands prix who left F1 at the end of 2018, previously missed the start of the 2015 season with an injury, having to sit out the Australian Grand Prix with concussion.