Birmingham City avoided a third-round upset against League One strugglers Forest Green Rovers thanks to an impressive second-half comeback.

A screamer from Ben Stevenson gave the home side a shock lead in the tie. The midfielder curled a right-foot strike into the top corner from 30 yards out.

But Birmingham struck back in the second half with goals from Lukas Jutkiewicz and Kevin Long, who reacted quickest to a loose ball after a corner. The 2-1 win means the Blues face an away trip to Championship play-off hopefuls Blackburn in the fourth round.

Elsewhere, Luton snatched a dramatic late win against 2013 winners Wigan in the all-Championship tie at the DW Stadium.

The hosts took the lead early on in the second half. Thelo Aasgaard fired a volley into the top corner after a Wigan long throw was cleared to the edge of the penalty area.

Luton hit back immediately when Cauley Woodrow saw his first effort saved but converted the rebound. Then, in the 98th minute, Elijah Adebyo found the bottom corner to set-up a fourth-round tie against Grimsby. 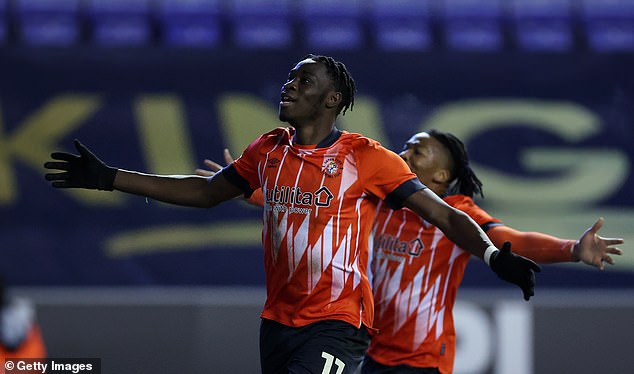 The other all-Championship clash saw Swansea and Bristol City deadlocked at 1-1 after 90 minutes with the tie taken to extra time.

Mark Sykes gave the away side the lead following a fine passing move involving Joe Williams and Sam Bell. Swansea substitute Ollie Cooper then made an instant impact, scoring from close range to equalise.

Samuel Bell then scored the winner in extra time to send Bristol City into the fourth round.