‘Every time you win a title, your name goes down once again in the club’s history’: Fabinho eyeing more Liverpool silverware with UEFA Super Cup glory against Chelsea

Fabinho believes UEFA Super Cup final victory over Chelsea would provide Liverpool’s players with a major confidence boost in their bid to win the Premier League title this season.

The Brazilian played an integral role in the Reds’ Champions League final victory in June and is determined to lift  another European Trophy on Wednesday evening.

The 25-year-old made a fine start to Liverpool’s domestic season in the 4-1 victory over Norwich and is in line to make his second start of the season at Vodafone Park in Istanbul.

‘It’s a chance to start the season well with another European title,’ the Brazilian told UEFA. ‘It’ll be a good fixture against a team that we, of course, have been competing against for titles domestically as well in England.

‘I think (winning) it would give us more confidence. Every time you win a title, your name goes down once again in the club’s history. Of course, with the team that we have, our mentality and ambition is to win.

‘So we’re going to compete for this title. I think it will help our confidence greatly.’ 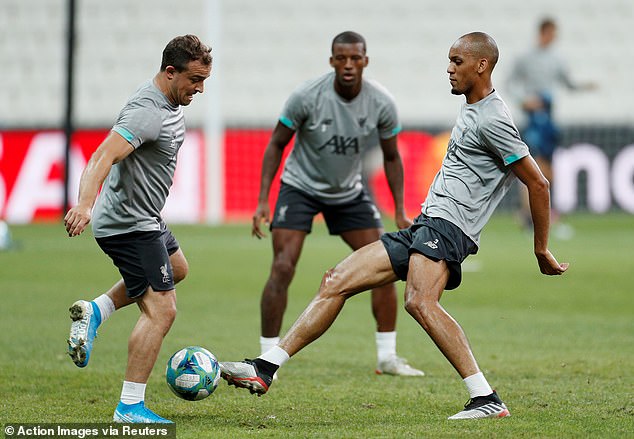