Liverpool will be without Fabinho until 2020 after the influential midfielder sustained ankle ligament damage in their Champions League draw with Napoli.

The Brazilian had to be replaced after just 18 minutes of the match after falling awkwardly while challenging for the ball and was seen after the match wearing a protective boot.

It is a blow for Jurgen Klopp, with his side currently two games into a run of 14 matches in just 43 days – including a run of 10 games between now and the end of December.

A statement on the club website said: ‘Liverpool can confirm Fabinho suffered ankle ligament damage during the Champions League encounter with Napoli in midweek.

‘The midfielder needed to be substituted after 18 minutes of the 1-1 draw at Anfield on Wednesday night after falling awkwardly during a challenge.

Further assessment on the injury has discovered Fabinho will be out of action until the New Year.

‘The Brazilian will begin a rehabilitation programme with the Reds’ medical team at Melwood as he works his way back to full fitness.’ 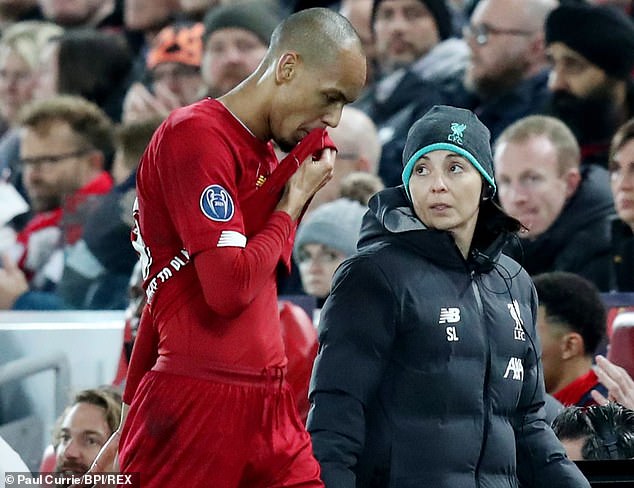