In an update on Monday, the social media firm unveiled Rights Manager, which allows creators and publishers to protect their work ‘at scale.’

Page administrators can submit an application for content they want protected by uploading a CSV file with all of the relevant metadata.

An example of Facebook’s new Rights Manager for Images program. Page admins can submit files they want to protect, then algorithms will find matching content on both Facebook and Instagram

Settings can be adjusted so ownership can apply globally or only in certain territories.

Eventually all users will be able to control image rights, like they can music and video rights. 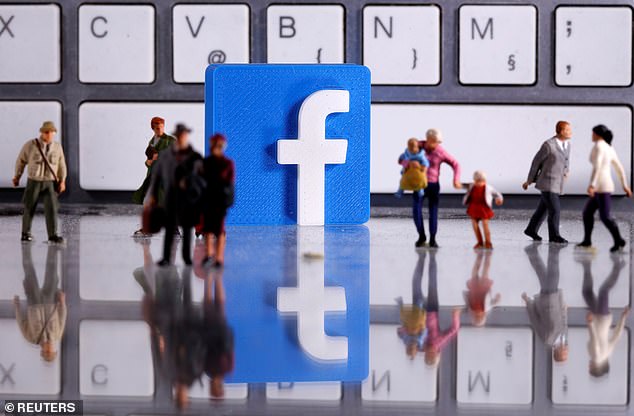 Once violators have been found, creators and publishers can choose to use Facebook’s IP reporting system to issue takedown notices. The program can be made global or limited to certain territories

‘We want to make sure that we understand the use case very, very well from that set of trusted partners before we expand it out because, as you can imagine, a tool like this is a pretty sensitive one and a pretty powerful one,’ Axelgard told The Verge.

‘We want to make sure that we have guardrails in place to ensure that people are able to use it safely and properly.’

Axelgard added that the company is starting small to ‘learn more and figure out the proper way to address specific use cases like memes.’

Copyright infringement has been a sensitive issue since the dawn of social media in the early 2000s.

Creatives fighting to control the use of their work have faced pushback from users claiming fair usage.

And easy access to photo-editing software raises questions about how much an image can be changed, say in a meme, before it’s no longer considered the copyrighted work.

‘As scholars have noted – and as any social media user can attest – social media platforms have shifted the consumption habits of today’s society from a market culture to a sharing culture by encouraging users to share freely both original and third-party content.’

And the rules about copyright and social media are hardly static.

In 2007, the Ninth Circuit ruled that embedding an image from its source did not violate the owner’s copyright because technically viewers were being directed to the website where the image was stored.

In April, a judge ruled that photographer Stephanie Sinclair didn’t have grounds to sue Mashable for embedding her photo.

But another court reversed that decision in June, holding that Instagram’s terms of service did not automatically convey the requisite ‘explicit consent’ to grant rights to a third party, according to The National Law Review.

The legacy media company had requested McGucken’s permission to use his image of a lake in Death Valley.

When he declined, Newsweek embedded the image from McGucken’s Instagram.