The three, who spoke to the Verge for a lengthy report, worked at a Tampa office of Cognizant, one of the professional services firms that Facebook hires to police content for violence, extremism, child pornography and other banned content.

They describe a high-stress environment where ‘process executives’, as Cognizant calls moderators, are paid $15 an hour to pore over disturbing content while attempting to apply Facebook’s ever-changing standards to controversial posts.

They say moderators had to share filthy desks, and the office has a single dirty bathroom shared by 800 employees.

‘It’s a sweatshop in America,’ said Melynda Johnson, who began working at the Tampa site in June 2018 and left in March. ‘Every bit of that building was absolutely disgusting. You’d go in the bathroom and there would be period blood and poop all over the place. It smelled horrendous all the time.’

Michelle Bennetti (left) and Melynda Johnson (right) began working at the Tampa site in June 2018 and left in March. ‘It’s a sweatshop in America,’ said Johnson 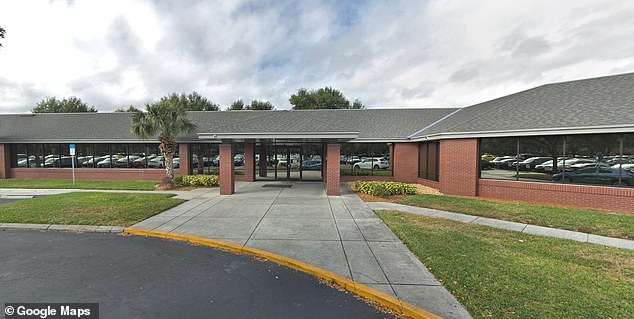 Inside the nondescript building in an office park, workers say that 800 employees share a single filthy bathroom under constantly stressful work conditions

In a statement to DailyMail.com, a Facebook spokesman said: ‘We work with our content review partners to provide a level of support and compensation that leads the industry.’

‘There will inevitably be employee challenges or dissatisfaction that call our commitment to this work and our partners’ employees into question. When the circumstances warrant action on the part of management, we make sure it happens,’ the spokesman continued.

Cognizant did not immediately respond to requests for comment from DailyMail.com.

Cognizant told the Verge that it ‘strives to create a safe and empowering workplace’.

One of the most disturbing stories shared by employees at the Tampa facility was the death of employee Keith Utley at his desk on March 9, 2018.

Utley, a retired lieutenant commander in the Coast Guard and married father of two, slumped over at his desk, and was pronounced dead of a heart attack a short while later. 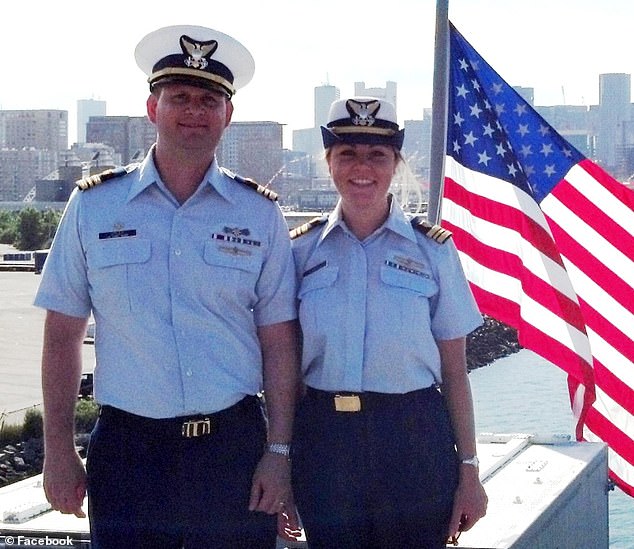 Keith Utley, seen above, was a former Coast Guard lieutenant commander, died of a heart attack at his desk aged 42 at the Tampa office in March 2018 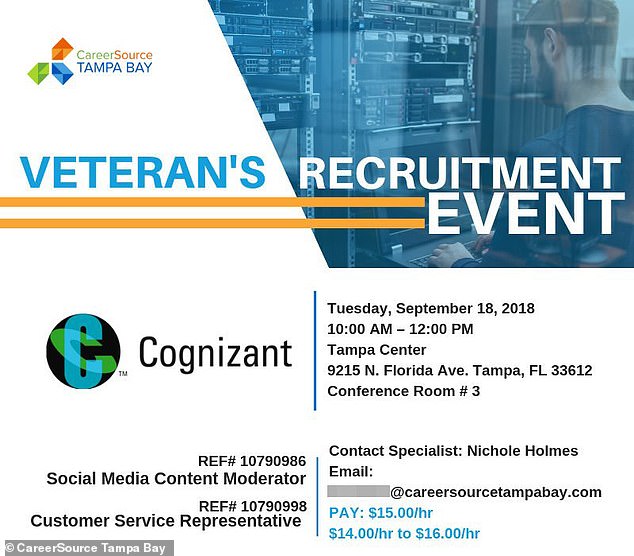 ‘The stress they put on him — it’s unworldly,’ one of Utley’s managers told the Verge. ‘I did a lot of coaching. I spent some time talking with him about things he was having issues seeing. And he was always worried about getting fired.’

Cognizant told the Verge that ‘there is no indication that this medical condition was work related.’

A Facebook spokesperson told DailyMail.com: ‘Our thoughts go out to Keith Utley’s family, friends and everyone who worked with him.

‘We go to great lengths to support the people that do this important work, and take any workplace concerns very seriously.’

Shawn Speagle was another of the former employees to speak out in defiance of his NDA.

Speagle was 23 when he began working for Cognizant in May 2018, which he said led him to believe he’d be working as an analyst helping businesses measure their engagement on Facebook.

Instead, he moderated an endless stream of horrifying videos. About a month into his job, a rash of videos that purportedly depicted organs being harvested from children began appearing on Facebook. The videos were later determined to be fake, but they still had a highly disturbing impact.

‘It was mass panic. All the SMEs had to rush in there and try to help people. They were freaking out — they couldn’t handle it,’ Speagle said.

‘People were crying, breaking down, throwing up. It was like one of those horror movies. Nobody’s prepared to see a little girl have her organs taken out while she’s still alive and screaming.’

Moderators were told they had to watch at least 15 to 30 seconds of each video, Speagle said. 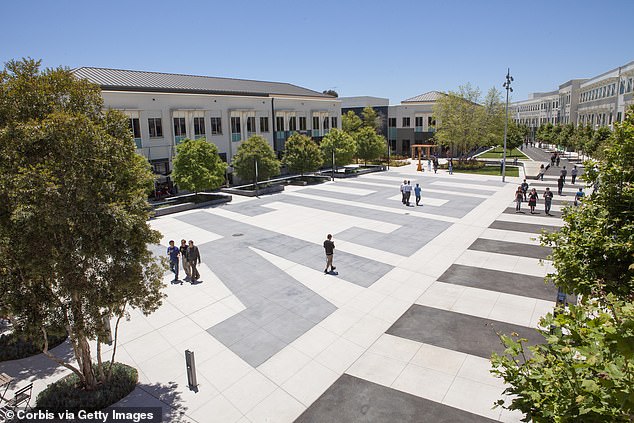 Speagle said that he frequently encountered videos of sickening violence toward animals, which was typically allowed.

He was also sickened by videos of people playing with dead fetuses, which he learned were allowed on Facebook ‘as long as the skin is translucent.’

Speagle found that he could no longer sleep for more than two or three hours a night. He would frequently wake up in a cold sweat, crying, and began binge eating pastries from the office vending machine to cope with the stress, gaining significant weight.

Michelle Bennetti, who started work at the Tampa office in June 2018, said that the difficult job combined with the chaotic work environment made life miserable.

‘At first it didn’t bother me — but after a while, it started taking a toll,’ Bennetti told the Verge.

‘I got to feel, like, a cloud — a darkness — over me. I started being depressed. I’m a very happy, outgoing person, and I was [becoming] withdrawn. My anxiety went up. It was hard to get through it every day. It started affecting my home life,’ she said.

Since 2016, Facebook has expanded its content moderation force to 15,000 around the world, nearly all of them contractors.

Though many are located overseas, in recent years Facebook has contracted for content moderation sites in American cities including Phoenix, Austin, and Tampa, in order to expand the pool of moderators familiar with U.S. slang and idioms.

Cognizant received a two-year, $200 million contract from Facebook to do the work, according to the Verge.

Facebook says that it takes any reports of negative work environments very seriously, and strives to give content moderators the support that they need.

The company says that it hosted a summit in April for all of its vendors to share tips for improving the workplace.

Speagle, who was laid off in October, said that he took the job at Cognizant because he wanted to make a difference.

‘I thought this would be the ultimate difference-making thing. Because it’s Facebook. But there’s no difference being made,’ he said.

Asked what he thought needed to change, Speagle replied: ‘I think Facebook needs to shut down.’