Failed asylum seeker, 19, is jailed for raping a 14-year-old schoolgirl

Failed asylum seeker Karam Majdi, 19 (pictured), was found guilty of the rape of a 14-year-old schoolgirl

A failed asylum seeker who claimed he fled fighting in Aleppo has been jailed for seven years after attacking and raping a 14-year-old schoolgirl he met online.

Karam Majdi, 19, of Hove, who said he was an unaccompanied child from Syria when he arrived in 2016, was told he will spend at least half his sentence in a young offenders unit before he is deported.

The Home Office rejected his application for asylum after disputing his claims to be from Syria.

Following a language assessment, immigration authorities said they believe Majdi lied about being from Syria when he arrived in the UK.

Authorities now believe he is Egyptian.

He claimed his family had paid for his passage to the UK and for a solicitor to represent his asylum claim.

His victim hugged a family member and wept as he was jailed for seven years at Lewes Crown Court in Brighton.

Majdi looked back at her as he was taken down.

Sentencing, Judge Shani Barnes said Majdi had had ample help to ‘assist [him] into developing into a fully functioning, law-abiding member of the community’.

‘Whatever you went through as a young man in your own country, you were offered a wonderful service.’

But the teenager continued to disobey ‘the simplest rules of courtesy and conduct.’

She described his victim as ‘a young woman that had been through a great deal of trauma for her young age’.

‘What you did to her that night was opportunistic and vile. Despite her protestations, despite her trying to physically fight her off, you raped her.

‘She was trapped there. Her inner and outer thighs black and blue. Feeling crushed 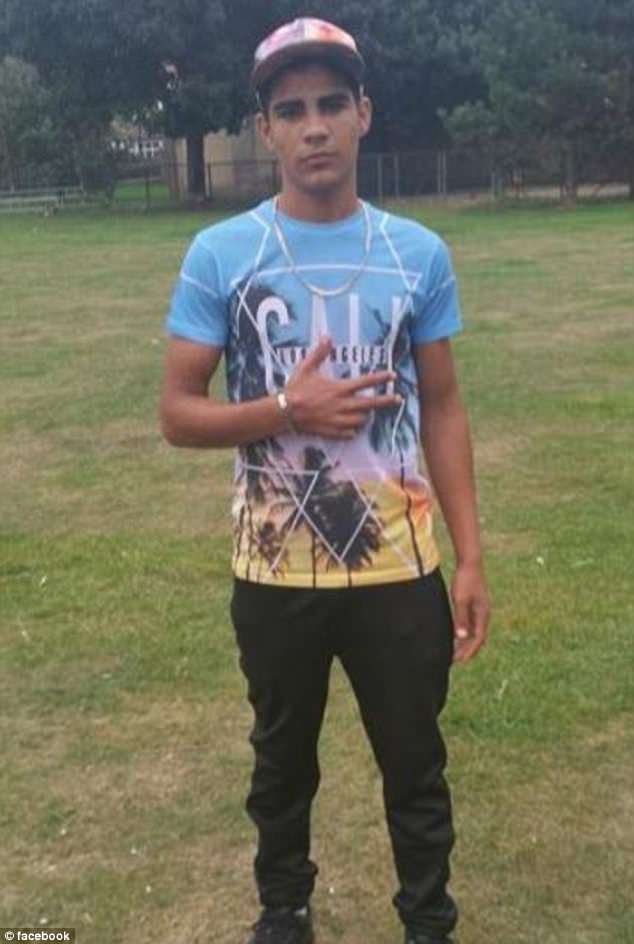 In a victim impact statement said by the judge to be heartbreaking, his victim described Majdi as scum.

The girl from West Sussex, now aged 15, sat in the public gallery behind Majdi as Henrietta Paget for the Crown read her statement.

She said: ‘Last year wasn’t a good year for me. I lost my dad, leaving me feeling devastated and in a low place.

‘I suffered another devastating incident last year. I was attacked and raped.

‘No woman or person should ever have to got through what I did. I have three sisters and pray they never have to go through something like this.’

The trial left her mentally exhausted and anxious, the girl said.

‘I hate him, he’s a horrible person and disgusting. When I think about what he did to me, it makes me sick. I shout and scream in my sleep calling out and punching.’

The girl said she is worried about her future happiness.

‘Will I be able to get married and have a happy future,’ she wrote in her victim statement.

‘I’m going to have to live with for the rest of my life,’ she said.

Majdi used the name Mano Love online to lure two under age girls into meeting him.

He raped one 14-year-old girl and admitted having sex with another during a five day trial at Brighton. 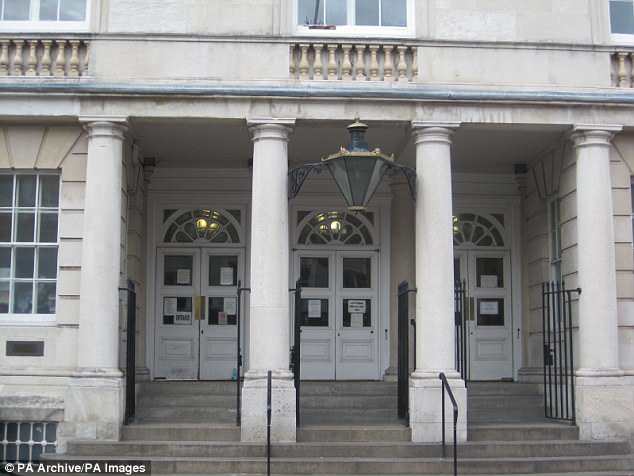 Sentencing at Lewes Crown Court (pictured), Judge Shani Barnes said: ‘What you did to her that night was opportunistic and vile’

The jury took less than half an hour to convict him of raping one girl when she was only 14 and cleared him of the other girl who was also 14 at the time.

He broke down in the dock as an Arabic interpreter translated the jury foreman delivering their unanimous verdicts.

Majdi, who gave his age as 19, attacked the girl after an accidental meeting when she visited a friend.

Both girls, now 15, who did not know each other, met Majdi through social media.

The girl told police she was 14 when Mr Majdi raped her at a hostel for young people in Croydon.

She met him at least twice in person before the chance meeting led to rape.

In November last year, the girl went to visit a friend at the hostel.

A group of four people took drugs and watched a film, she told police.

‘The defendant started to touch her,’ Henrietta Paget for the Crown said.

‘She said she didn’t want to do this.

‘She told him to stop and he forced himself on top of her.

‘She told police she lay there feeling weak and later took pictures of the bruises on her legs and hips.’

HHJ Barnes said she was concerned about the danger Majdi posed to young girls.

‘Your internet activity in 2017 is of huge concern.

‘You appeared to be trying very hard to find young women online who would have sex with you.

‘What you did to your victim that night was opportunistic and vile.

‘She was vulnerable because of her age and because she was already suffering from severe psychological harm and this was a severe and prolonged incident.

‘I hope you understand the gravity of what you’ve done.

‘Had you been convicted of both these girls, I would be passing a very different sentence.’

Speaking directly to the victim sitting at the back of the court, the judge said: ‘You are very strong and you are very brave and you are not going to let this affect you for the rest of your life.’

‘Thank you,’ the schoolgirl said.

Majdi was traced through his social media profiles and was arrested and interviewed on December 15, last year.

He told police both girls had pursued him for consensual sex and had initiated the sexual activity.

The jury were told Majdi attacked another girl after arranging to meet her in Brighton.

Ms Paget them: ‘She perhaps appears quite grown up, but she has learning difficulties and lives with her parents.’

They communicated over Instagram before arranging to meet in Brighton in September last year.

‘They did not talk much as he was listening to music on his phone.

‘They went back to his flat and she says he forced her to have sex with him.’

The girl remained in the flat and left in the morning after Mr Majdi told her there were no buses.

Her family were so worried they set up a fake Instagram account in order to contact the person who they thought the girl had been talking to online.

After his arrest, he told police somebody had tried to contact him and he denied being with the girl at her insistence, Ms Paget told the court.

The girl was found the following day distraught in Brighton, the court heard.

Over the series of police interviews specialist officers established she alleged Mr Majdi had anally raped her.

Detective Constable Stewart Cameron of the Brighton Safeguarding Investigations Unit said; ‘As soon as we were told of this incident enquiries began and soon Majdi was identified through social media and other information.

‘He had contrived a meeting with the girl and her friends, and took advantage of her youth and vulnerability to ruthlessly exploit her for his own sexual gratification.

‘We have been able to ensure that the victim has access to support and counselling to help her through this ordeal, and she bravely gave evidence against Majdi at his trial.

‘She has been very brave and shown immense courage to get through this and should feel very proud of what she has done.

‘Young girls are now that much safer because Majid is off the streets.’