A furious patient claims he was forced to wait outside a medical centre in a makeshift plastic booth after the practice banned him from coming inside because he wasn’t vaccinated against Covid.

A video shared on TikTok showed a plastic tarp and fabric-covered dividers with chairs in between outside the entrance to the Fairfield West Medical Centre in Sydney’s west.

Fairfield was one of Sydney’s major Covid hotspots at the height of this year’s Delta outbreak.

‘This is the doctor’s offices now for the unvaccinated people, as I got told on the phone when I made my appointment,’ the man behind the camera said.

‘It’s outside. Very professional. This is the Australian medical system. What a joke, It’s an embarrassment.’

The 30-second clip sparked a heated debate on TikTok about how unvaccinated residents were being treated as NSW emerges from lockdown.

Those who haven’t received both Covid jabs in NSW are banned from visiting cafes, bars and restaurants until December 1.

‘Why are the vaccinated scared of the unvaccinated?’ one commenter said underneath the video.

Another bizarrely claimed it was an example of ‘medical apartheid’.

Many social media users though thought the idea of an outdoor waiting area looked like ‘a good idea’ and applauded the centre for accommodating unvaxed people. 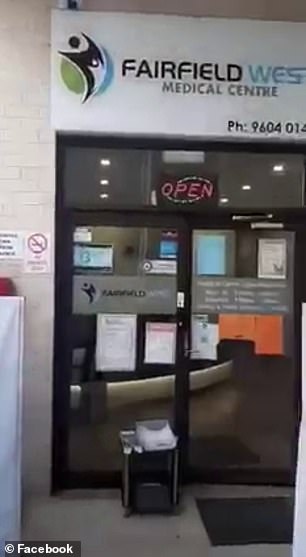 One woman pointed out the irony of attending a healthcare facility for medical help during a pandemic and expecting to be welcomed inside despite being unvaccinated.

‘So you want their help but you won’t help them by getting vaccinated? This is why people say you are selfish. Don’t you get it?’ she wrote.

NSW Chair of the The Royal Australian College of General Practitioners (RACGP) Dr Charlotte Hespe told Daily Mail Australia the measure was reasonable and not just for unvaccinated patients.

‘A lot of practices will have patients waiting outdoors in a covered area or their cars,’ Dr Hespe said.

‘It’s all about having safe strategies where people are at the least likely hood of infecting others if they do have covid without realising it.’

Dr Hespe said it doesn’t matter about the patient’s vaccination status and that it’s all about reducing the risk of transmission in doctor’s waiting rooms. 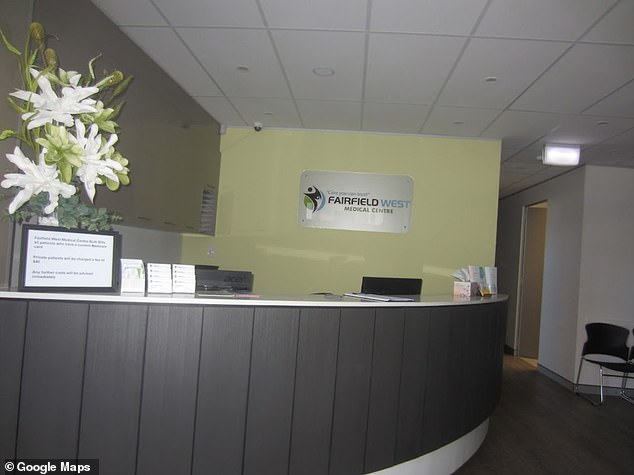 Fairfield West Medical Centre. Fairfield was one of Sydney’s major Covid hotspots at the height of the Delta outbreak in mid-2021

‘We have taken a view it doesn’t matter if you’re vaccinated or unvaccinated you’re still at risk of having covid without knowing, so therefore it’s about protecting everybody,’ she said.

There is currently no policy in place requesting GP’s separate vaccinated and unvaccinated patients but Dr Hespe believes everyone should be treated the same.

‘I am aware there are some individuals who have been putting out policies around that but that’s their individual response certainly not a recommendation from the RACGP or the AMA.’