Fake heiress Anna ‘Delvey’ Sorokin has flaunted her ankle bracelet as part of a stunning designer look during a trip to her New York parole office.

The smiling fraudster, 31, looked as glamorous as ever for her weekly parole meeting yesterday, the only time she is allowed out of her $4,250-a-month fifth-floor East Village apartment during her house arrest.

The socialite, who infamously conned the New York elite out of a small fortune, made sure to make the most of her rare outing in an eye-catching silk dress and robe ensemble and flamboyant black stilettos that highlighted her black ankle tag.

The con artist, immortalized in Netflix’s Inventing Anna, has evidently not lost her aloof sensibilities despite her two-year prison term, recently boasting to Variety: ‘Everyone’s saying I’m slumming, but I’m still living better than all of you.’

The Russian-born Sorokin managed last month to convince a judge to let her out of prison while she fights deportation.

However, she is required to remain in her home 24 hours a day and must wear her ankle monitor at all times.

But she will not let the restriction stop her social life, saying recently she will bring her elite circles to her for intimate dinner parties each month.

She describes her weekly visit to the parole office as her ‘Tinder’ because everyone is always asking if she’s a model or famous, she told The Cut.

Her house arrest is indefinite and she is not allowed access to social media or her own credit card and must have an accountant. 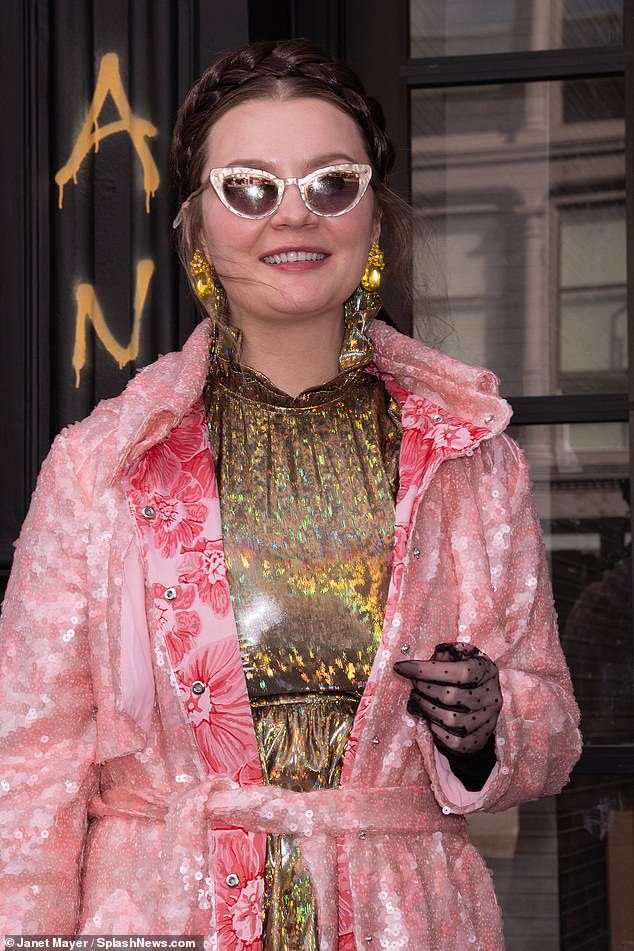 The smiling fraudster, 31, looked as glamorous as ever for her weekly parole meeting yesterday

The trip is the only time she is allowed out of her $4,250-a-month fifth-floor East Village apartment during her house arrest 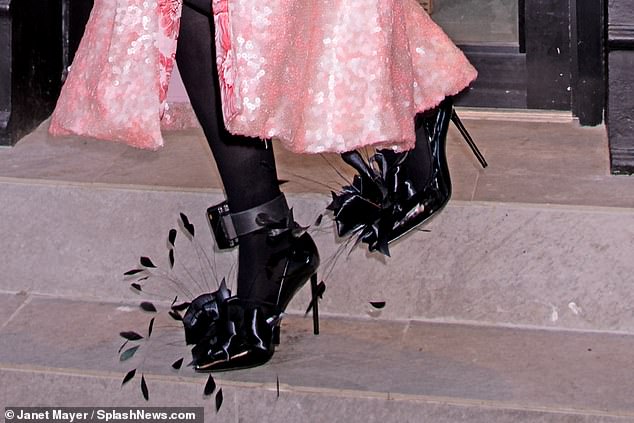 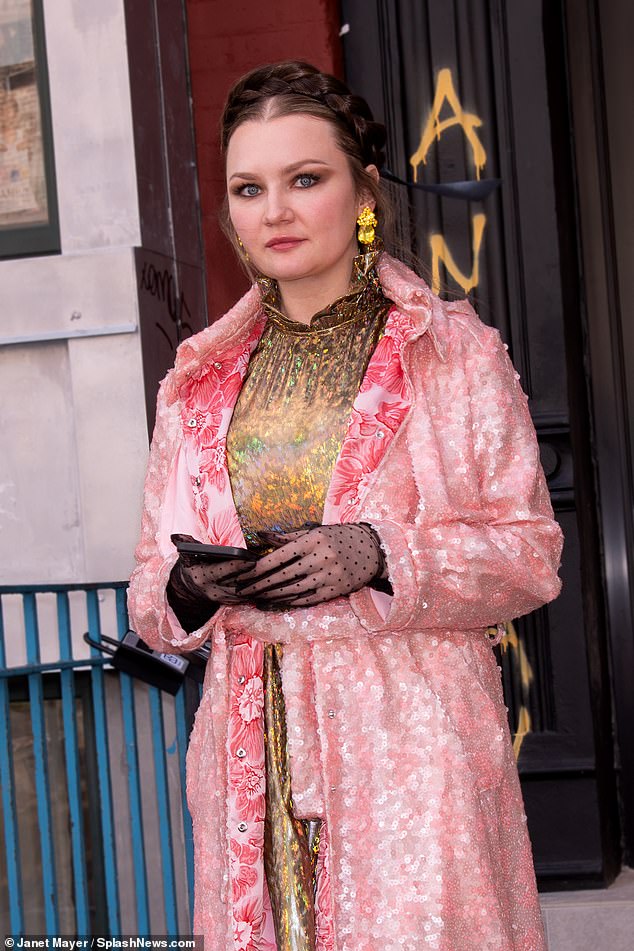 The socialite, who infamously conned the New York elite out of a small fortune, made sure to make the most of her rare outing in an eye-catching silk dress and robe 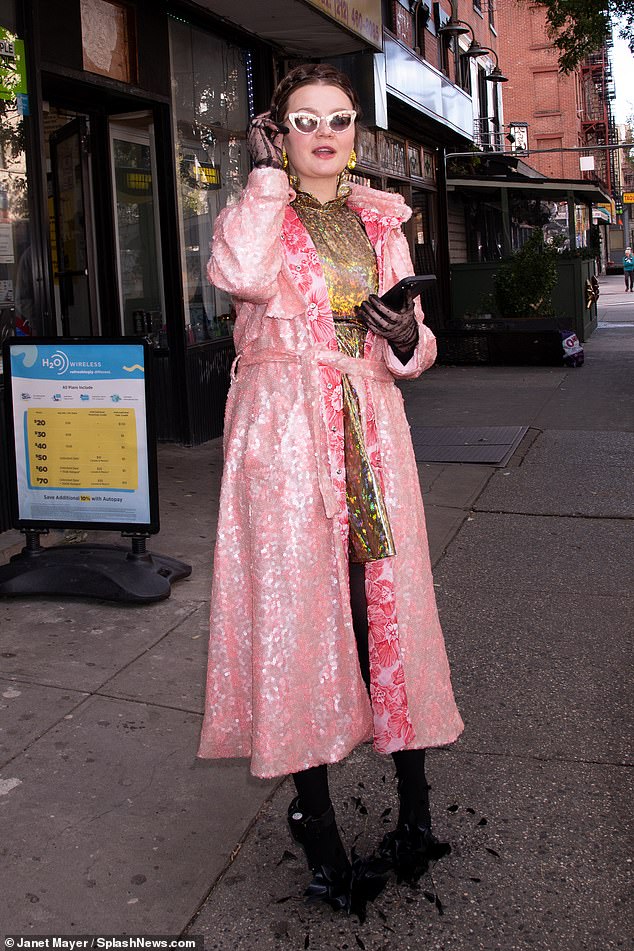 Sorokin signed a six-month lease on her East Village apartment, saying she raised $200,000 from the art she made in prison.

She said: ‘I was constantly working while I was in jail and I sold a lot of my art, I wasn’t just sitting there doing nothing.’

Her publicist has already been getting the details sorted for her dinner series, as Eater revealed they were securing ‘table settings, general table decor, alcohol, items for gifting’ and other donations from different brands.

The exclusive guestlist will comprise of around 12 well-known founders, influencers, media, and celebrity talent friends – and the meet-up will be free for those attending.

And her invite-only salons will be hosted monthly from her fifth-floor walk up apartment, which is said to cost $4,250 a month – as she is forced to stay indoors under her bail terms. 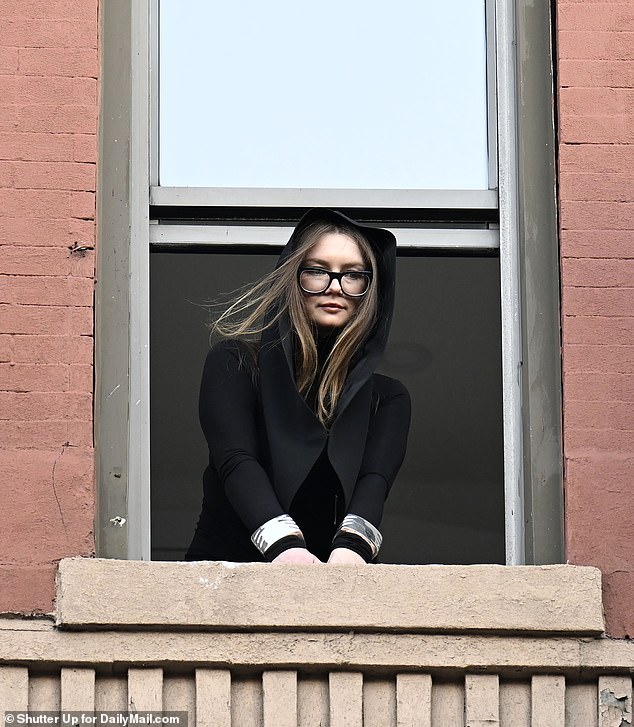 Fake heiress Anna ‘Delvey’ Sorokin will host exclusive dinner parties out of her New York City apartment for well-known influencers and influencers while under house arrest. Pictured, her looking outside of her fifth-floor walk up East Village apartment window

Those esteemed enough to sit around the dinner table with Delvey will have lots to talk about, as each event will focus on different topics about ‘social good movements’ and ‘collective experiences across industries.’

The convicted fraudster was in an upstate New York prison for the 18 months. But her attorneys successfully appealed to a judge to grant her release.

Sorokin faces deportation to Germany after completing her criminal sentence in February 2021 – for convictions of grand larceny and thefts totaling $275,000, including stealing at least one flight on a private jet.

In an interview with the NYT following her release, Sorokin spoke about her bracelet, remarking: ‘Apparently if I have any issues with it, then somebody will come fix it. It’s a 24/7 service. I’m thinking what I can do with it.’

Last month, US Immigration Judge Charles Conroy agreed to the release, putting her on house arrest, because ‘she has demonstrated interest in pursuing legitimate employment in the Untied States, pursuits that will face heavy public scrutiny.’

Judge Conroy said that because she was infamous, it would be hard for her to fly under the radar and avoid detection.

‘She will be required to abide by conditions of release imposed both by the New York State Parole Board and immigration authorities, which, combined with her status as a public figure, will make it particularly difficult for her to avoid detection.

‘For all of these reasons, the Court finds that [Sorokin’s] risk of flight sufficiently mitigated,’ he said in his ruling. 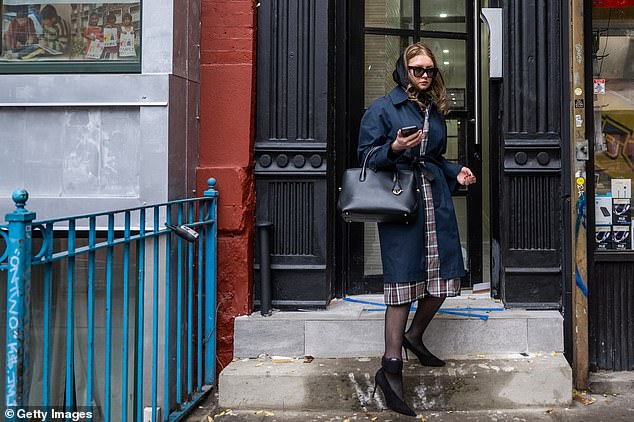 The convicted fraudster was in an upstate New York prison for the 18 months. But her attorneys successfully appealed to a judge to grant her release. Pictured, outside of her apartment where she will now host dinner parties for VIPs 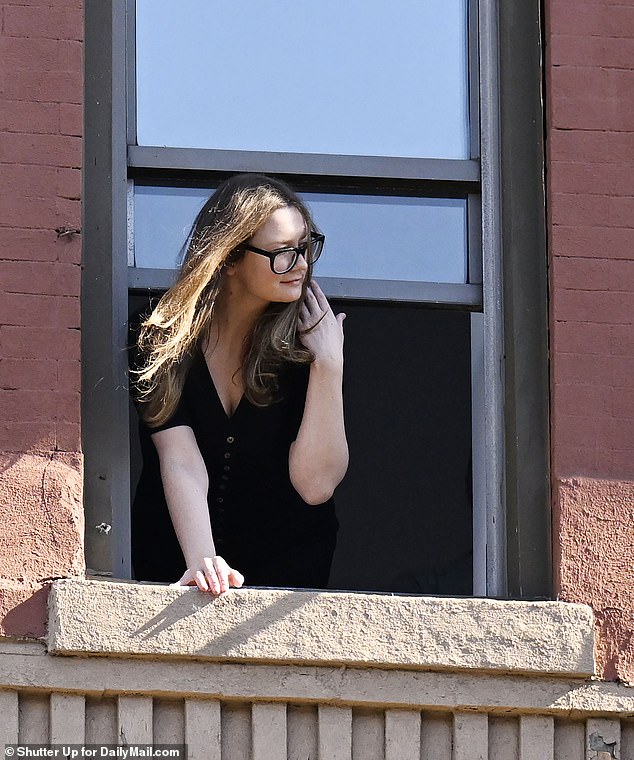 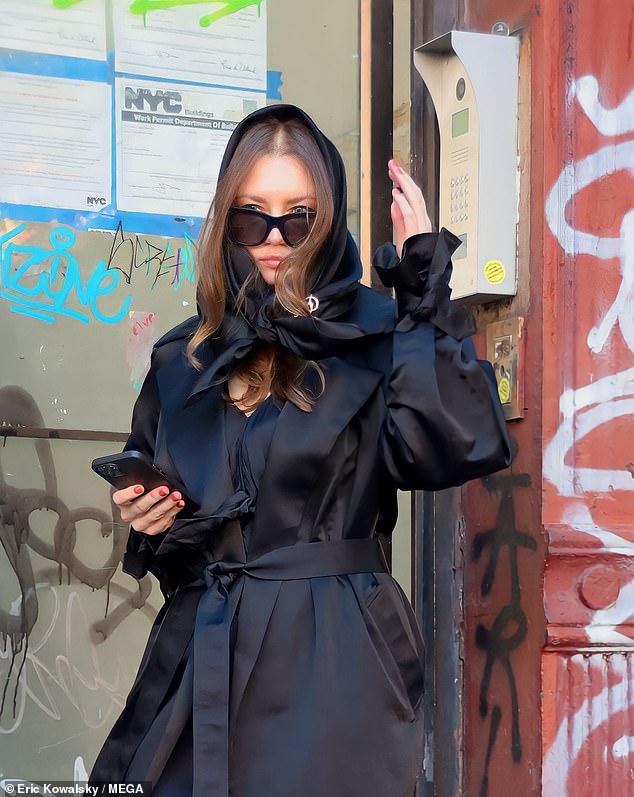 Sorokin elaborated on how she got her apartment saying that her lawyer, John Sandweg, sorted out the details. She said: ‘I have a great team around me, so it was all thanks to them.’

When asked about how the rent was being paid, Sorokin said: ‘I guess you’ll have to ask the government.’ Although she later stated in the piece that the money used for her bail and the apartment was hers.

The fraudster remained coy about her future plans saying: ‘I have so many projects that I’m working on. Art is definitely one of them.’

She added: ‘I have a lot going on. I’m working on my own podcast with different guests for each episode. But it’s not shaped up yet. It was pretty hard to record anything high quality from jail. And then there’s my book. I’d love to do something with criminal-justice reform to kind of highlight the struggles of other girls.’