It’s the tag every sportsman dreads. For all the hard work and dedication, all the victories and adulation, one dreaded moment can earn you that most unwanted of labels: the bottlejob.

Somewhat harshly, the Atlanta Falcons’ Matt Ryan is best known not for his consistency as a 14-year franchise quarterback, nor his brilliant MVP season of 2016, but rather the blowing of a 25-point lead against Tom Brady’s New England Patriots in Super Bowl LI.

Paradoxically, for a player nicknamed ‘Matty Ice’, he has previous this side of the Atlantic too. On his last visit to London seven years ago, the Falcons spurned a 21-0 lead against the Detroit Lions at Wembley in the most exhilarating of the 27 London games so far.

Here though, as the NFL returned to Tottenham following a year’s hiatus, it was not a case of Matty Thrice. Instead, against a sorry New York Jets, Ryan threw two touchdowns and indeed remained ice-cool in a 27-20 victory. 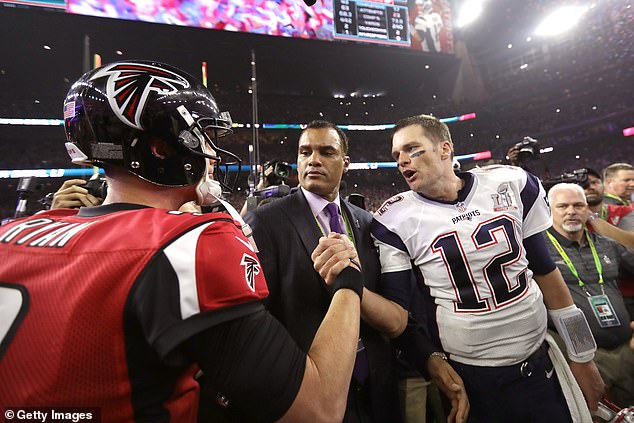 It is a welcome win, improving their record to 2-3, for a franchise very much in transition. New head coach Arthur Smith was criticised in some quarters for not rolling the dice in the off-season, with a high draft pick, and signing a young QB straight out of college.

But Ryan’s powers, at the age of 36, aren’t waning just yet. From teeing up rookie tight-end Kyle Pitts for the first touchdown of his career in the first quarter to guiding his offense down the field when it mattered most late on, Ryan was a modicum of craft and composure this afternoon.

In this week’s build-up, Ryan dismissed speculation of taking a break from the game he loves as ‘ridiculous.’ While Julio Jones – his partner in crime in that run to the Super Bowl five years ago – left for Tennessee in the summer, he now has fresh blood in his arsenal.

With ‘Ice, Ice Baby’ booming through the tannoy upon his entrance – in what was technically a Falcons home game – Ryan took control in the pocket despite the absence of star receiver Calvin Ridley, who didn’t travel this week due to a personal matter.

Keen to gain momentum by avoiding the huddle before numerous plays, Ryan strode his team down the field expertly in their second drive. Ten plays, 92 yards, and a much-needed first visit to the NFL end-zone for Pitts, 15 years Ryan’s junior. 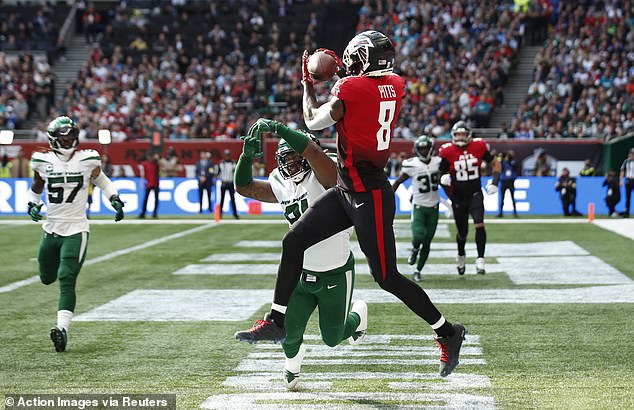 In their next possession, Ryan propelled his players down the field again, utilising the likes of Pitts, Tajae Sharpe and running backs Cordarrelle Patterson and Mike Davis.

This time though, as the Falcons stretched their lead to 17-0, it was Hayden Hurst who was the beneficiary of a quick pass from the snap by Ryan. All in all, it was looking sumptuous, even effortless, from the Falcons’ commander-in-chief.

He earned his overly-utilised nickname, so it is told, back in his sophomore season at Penn Charter School in Philadelphia. Not for his clutch plays – though he’s had his fair share of those over the years – but for being as cool as ice.

And in front of a 65,000 full house in north London, that poise and calmness under pressure was needed, as the Jets carved out small openings searching for a route back into the contest. 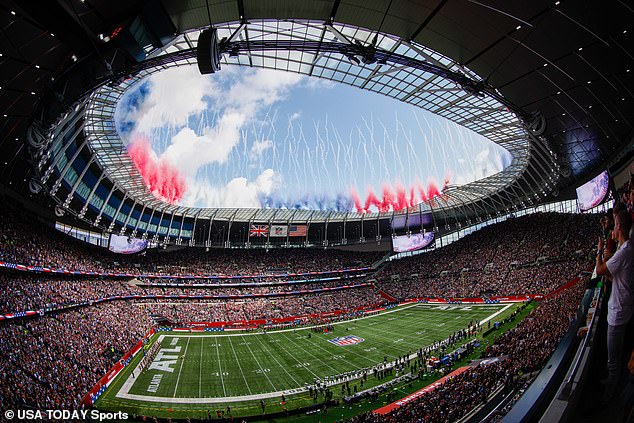 Then, memories of that Super Bowl in Texas came flooding back. A 20+ yard completion to Pitts was taken back for a offensive penalty for holding, in a vein not unlike the final quarter in February 2017.

That handed the initiative to Brady and Co back then, and here it gave the Jets’ rookie QB Zach Wilson an opening he duly grabbed, as the New Yorkers went in for a touchdown and a 2-point conversion.

Surely not again. Was the ghost of Houston coming back to haunt Ryan and his team once more?

No. Not this time. 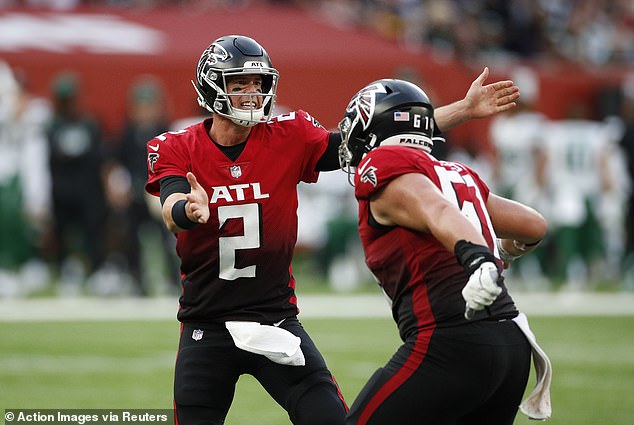 With the lead now just three and with six minutes and 40 seconds left on the clock, the Falcons quarterback threw 39 yards down the field to his man of the moment Pitts with his first play of the drive.

Not long after, he had to step up again, on a third down in midfield. 13 yards to make up, he fired a pass to Olamide Zaccheaus, as the game slipped away from the Jets in front of a fired-up UK crowd.

Davis then spun and pushed his way into the end-zone for a match-winning seven points. To the relief of Ryan – who passed Eli Manning as he reached 57,000 career passing yards – there was to be no fourth-quarter heartbreak on this occasion.

And with the careers of quarterbacks seemingly never-ending – as evidenced by 44-year-old Brady – Ryan undoubtedly still has the opportunity to rid himself of that unfortunate epithet.

Maybe not this season, maybe not next. But his shot at glory will, surely, come again. 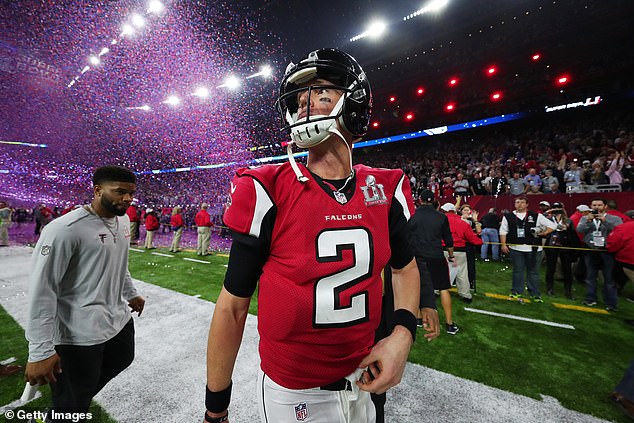 The ghost of Houston did not come flooding back for Ryan, whose shot at glory will come again