This is the amazing footage shot by a group of daredevils as they drop into the Pyramids of Giza by air.

Yair Gallardo, from Mexico, and his group received permission to take off from a military airstrip in Egypt before parachuting into the World Heritage Site.

The 43-year-old digital marketer said: ‘This was the most exciting experience of my life. 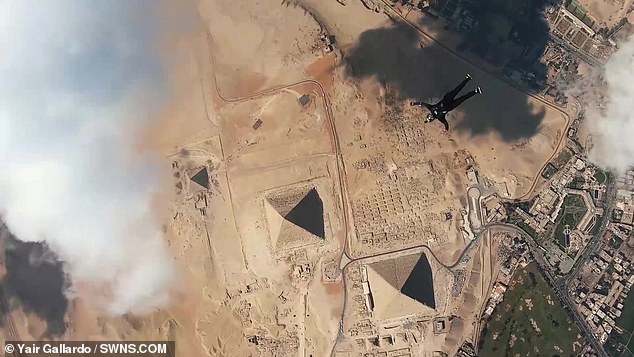 Gallardo freefalls, getting a stunning aerial view of the Pyramids in Giza, during the rare skydive 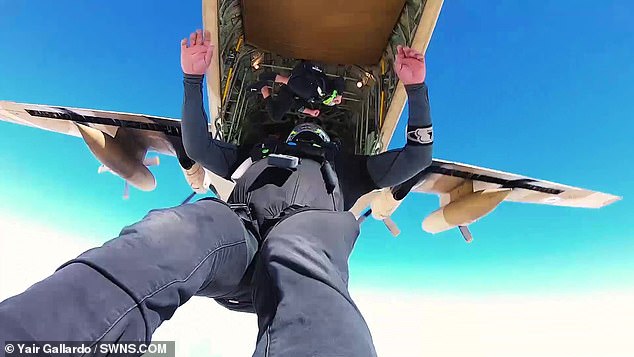 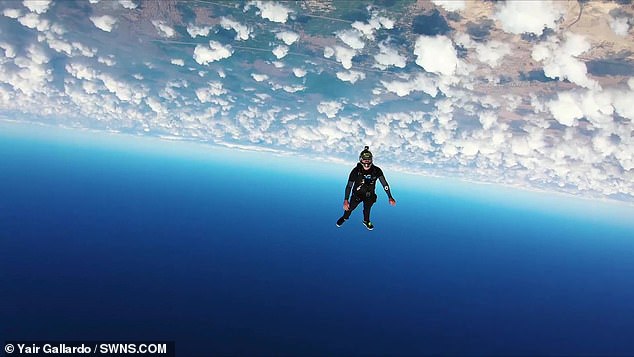 ‘More people have reached the summit of Everest than jumped over Giza. I have a check mark on my heart.’

The adrenaline junkie has been jumping out of aircraft for the past five years after being convinced to try the sport by his best friend.

Since then he has completed more than 2,200 jumps and created Mexico’s first freefly team.

In an earlier interview, he said: ‘My dream is to become one of the best and most complete skydivers in the world’

‘I believe that you have to enjoy your learning process and be grateful with the new things that you learn each day, no matter how small they are.’ 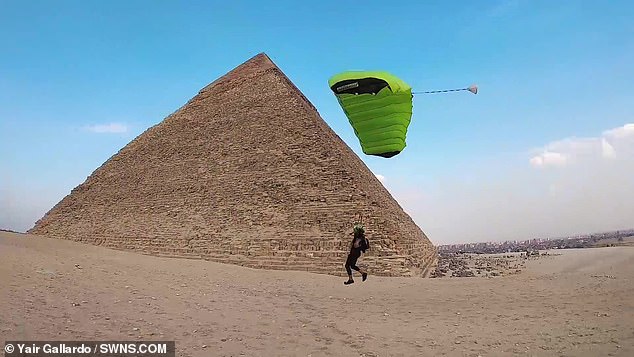 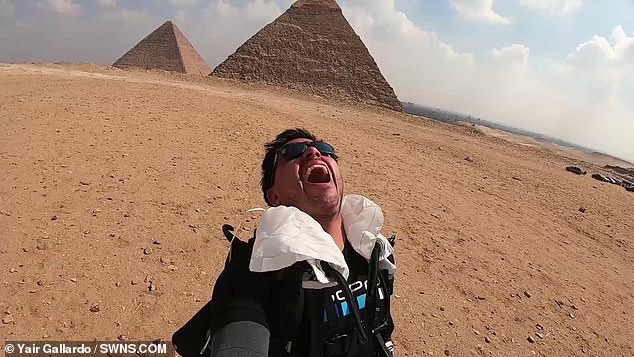 Gallardo, pictured, said more people have been to the top of Mount Everest than have parachuted into Giza 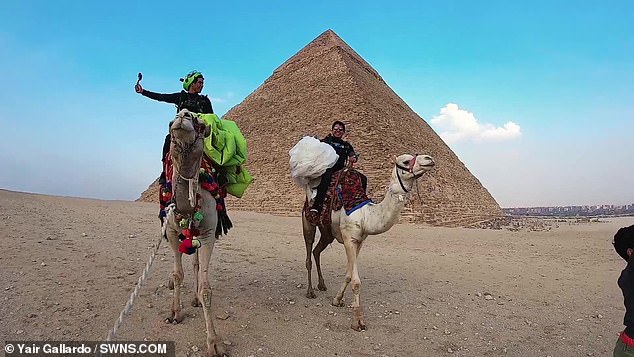 Gallardo said he has completed more than 2,200 jumps having started skydiving five years ago 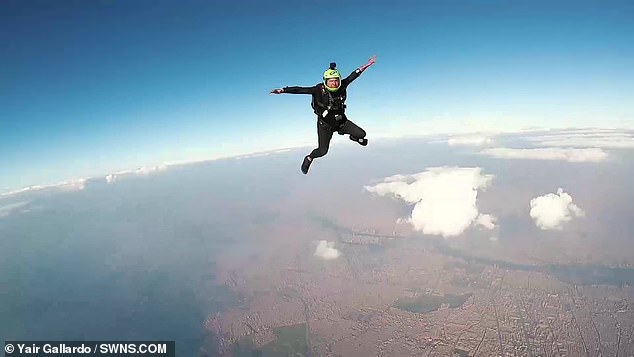