Kate Woodhead – previously jailed for making a false rape claim against her boyfriend – has now been sent back to prison for killing a man in a road crash. She tried to claim she was blind to avoid justice

A woman jailed for falsely accusing her boyfriend of rape has now been sent back to prison for killing another man in a horrific drink-drive crash.

Kate Woodhead, 39, climbed behind the wheel of her car while drunk and careered down a 40mph road at around 75mph .

Trevor Smith, 53, who was a front seat passenger, died instantly when Woodhead lost control of the blue Audi A3 and smashed into a tree.

Woodhead was today sentenced to nine years in jail after she earlier pleaded guilty to causing death by dangerous driving.

She had previously been jailed for three years for falsely accusing a boyfriend of rape.

Woodhead tried to avoid justice over the crash, claiming she was blind, disabled and suffering from a life-threatening brain tumour. But she was not registered blind and was in fact working in a pub.

She even managed to hoodwink psychiatrists into ruling her unfit to stand trial but her subterfuge was only uncovered when she was spotted working behind a bar.

After the case Mr Smith’s four daughters branded her ‘heartless’ and said she had compounded their suffering by attempting to avoid justice. 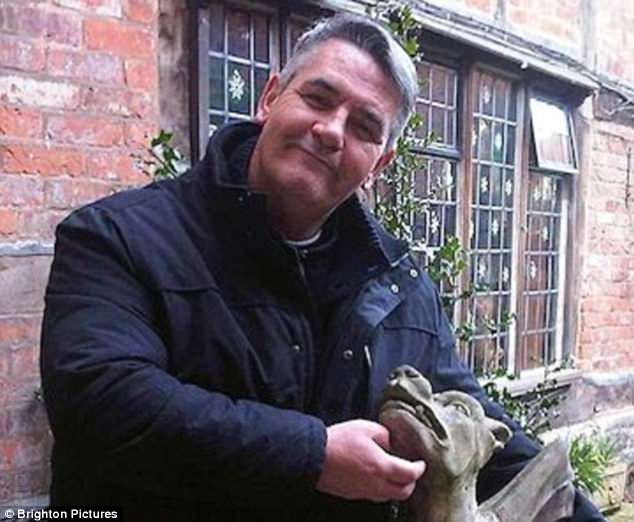 Eldest daughter Jade Downey, 34, said: ‘She is a heartless woman. Our dad always saw the best in people but in trusting Woodhead he made the most dreadful mistake. It cost him his life.

‘She then tried to hoodwink everyone and escape justice. The depths this woman will sink to are incredible.’

Keen horsewoman Woodhead had previously been jailed for falsely accusing a boyfriend of rape.

Woodhead made the claims in 2009 when Paul Joseph, 39, tried to end their 18-month relationship.

She claimed businessman Mr Joseph, a £200,000 a year IT consultant, raped after giving her a crisp sandwich laced with drugs.

Woodhead told the court Mr Joseph had fed her the sandwich laced with Diazapam and had become ‘turned on’ as he removed her horse-riding jodhpurs and had then raped her. 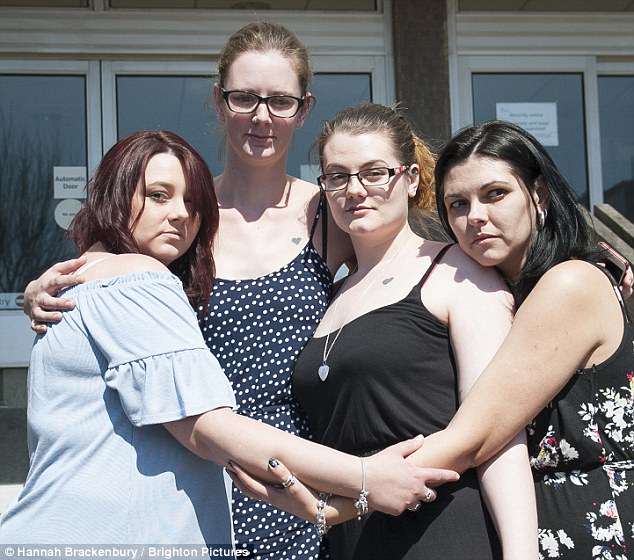 It later emerged she had told police officers she would only pursue the case if she was allowed to sort out their financial affairs first.

She packed Mr Joseph’s belongings, including a top-of-the-range Bang and Olufsen stereo, expensive art prints and the desk from his study, into a horse box and drove off. The items were never seen again.

Woodhead also lied to the DVLA, transferring ownership of his Porsche Carrera and BMW motorbike to her name, intending to sell them.

Woodhead denied perverting the course of justice, two counts of theft and one of fraud by abuse of position, but was convicted by a jury and jailed for three years.

After her release from prison she met Trevor Smith, an engineer, and the pair became close friends.

They met up regularly and would drink together in pubs and on May 29 last year he was in her car when Woodhead crashed near Horsham in West Sussex.

Janice Brennan, prosecuting, said: ‘She was over the drink drive limit with 105mg of alcohol in 100ml of blood.’

She said Woodhead careered down the road at speed, travelling at around 75mph on a 40mph road.

‘She collided with a substantial-sized tree. Trevor Smith died almost instantly. It was a quick and immediate death. Miss Woodhead had neck fractures and had bleeding on the brain.’

The court heard she was discharged from hospital a month later and was later charged with causing death by dangerous driving.

The court heard Woodward had desperately tried to avoid justice, telling the court she was blind and suffering from a brain tumour.

Janice Brennan, prosecuting at Hove Crown Court, said: ‘There have been sustained attempts to avoid responsibility for causing the death and attempts by her of trying to fool this court entirely.’

She said Woodhead had managed to fool a team of psychiatrists engaged to decide on her fitness to stand trial.

She said: ‘Miss Woodhead had been shown to be a persistent liar who tried to deceive this court. Her deception unravelled when, rather than being blind and unfit to stand trial, she was in fact found to be working in a public house.’

After failing to turn up in court for the third time a judge issued a warrant for her arrest and she was remanded in custody.

Judge Paul Tain said: ‘This defendant sought to manipulate the proceeding to avoid the consequences.’

He said when her subterfuge was uncovered she continued trying to avoid justice by failing to turn up in court and refusing to attend court hearings.

After jailing her for nine years the judge also disqualified Woodhead from driving for 10 years.

‘Instead she is a heartless liar who has made this horrific ordeal all the worse for the family.

‘The sentence will never be enough. Our dad always saw the best in people but in Woodhead it was a dreadful error.’

They said the 53-year-old engineer had an ‘infectious smile’ and was always helping those in need.

‘He was such a laid back and gentle man. He was dedicated to his work but he also loved his time off. You’d often find him in the pub drinking a bitter, singing on the karaoke.

‘Dad was the most selfless man always putting himself out to help his children and friends. ‘

Three of the daughters are set to marry later this year and are upset their father won’t be walking them down the aisle.

‘It pains us that dad’s grandchildren won’t be able to grow up with their grandad and he won’t see them grow.