A family has been hit with a £100 parking fine after spending more than three hours in Costco when they lost track of the time.

Hassan and Maria Fallahi were in the wholesaler store on Waterloo Road, Liverpool, with their two children on April 9.

But the couple from Liverpool outstayed their two-hour permit and clocked up around three and a half hours doing their weekly shop.

Mr Fallahi, 49, told the Liverpool Echo: ‘We have two kids and the shopping took a bit longer than usual.

‘That day we just didn’t realise – after shopping, we sat down in the cafe in the Costco and had a meal with the kids.’

They left the store without any problems but received the £100 fine in the post a week later.

Mr Fallahi said: ‘After about a week we realised that we had a parking ticket for a £100 charge. It said if we paid within the 14-day limit, we would only pay £60.

‘To be honest it’s never happened to us in a Costco before.’

Mr Fallahi tried to strike a deal with the private company who runs the car park and received some help from Costco management. 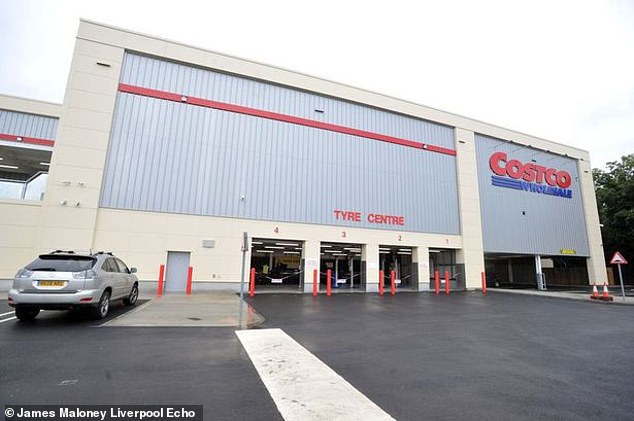 The father of two added that he thought he could have been let off the charge due to being a regular customer.

‘I thought they would give us a chance because we had shopped and sat down with the kids in the cafe.

‘We are regular customers, we normally spend hundreds each month at the store.’