A family has been left heartbroken after two sisters died from strokes within 24 hours of each other.

Amanda Williams, 54, collapsed in the street in Leicester while planning to travel o Germany to be at the bedside of Jacqueline, 57, who was in critical condition.

Amanda was found slumped on the road by an off-duty nurse who attempted CPR as paramedics were called.

She had been trying to make it to her dying sister, who had suffered a stroke in Ingolstadt earlier this month.

Jacqueline (left), 57, and Amanda Williams (right), 54, both suffered strokes and died within 24 hours each other 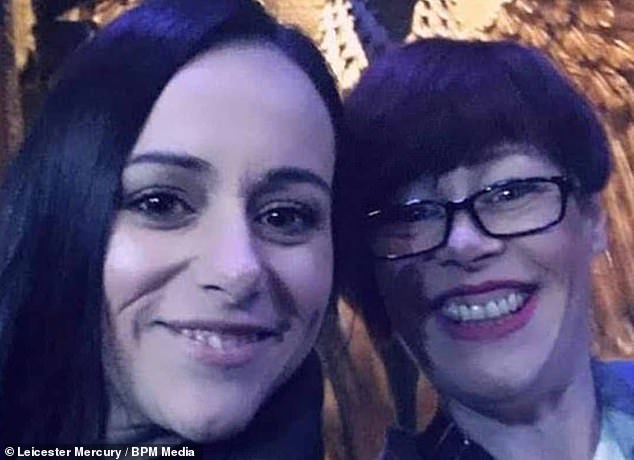 Amanda (right, with her daughter Kellie) collapsed in the street in Leicester on the way to the airport to be at the bedside of Jacqueline who had fallen seriously ill in Germany 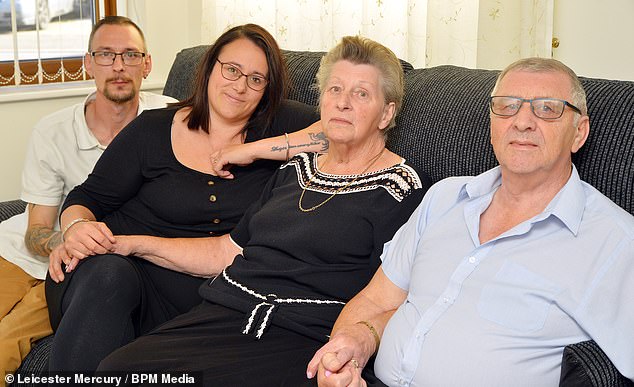 Neither regained consciousness. Their mother Jean Williams said she felt like she had been ‘hit by a sledgehammer’ when she was told she had lost not one but two daughters within a matter of hours.

The 80-year-old, from Loughborough, Leicester, recieved a phone call from Jacqueline’s daughter, Charlene, on September 5.

She was told Jacqueline had suffered a hemorrhagic stroke and ‘that it wasn’t looking good’.

Jean added: ‘We were told it was a bleed on the brain. We knew we had to fly over there as quickly as possible.’

But as Jean, Amanda, and her daughter, Kellie Aikens, were preparing to fly to Germany Amanda herself collapsed.

Jean added: ‘Amanda lived several miles away, so my husband, Graham, drove over on Thursday lunchtime to get her to come over to ours to see what flights we could get.

‘When we got near to where she lived, we saw the police and an ambulance down the road.

‘We knocked on her door and never dreamed they were there for her. I said to Graham, “Oh no, some poor soul is in a bad way”.

‘The next thing was that we had a call saying she was on her way to Glenfield Hospital in Leicester, so we followed the ambulance.

Ms Aitkens, 34, who lives in Market Harborough, Leicester, said: ‘The nurse had seen mum go down. When I called mum the nurse picked the phone up and told me she was unresponsive.

‘I’m guessing she had gone to the shop. It all happened so fast – in a crazy 20 minutes – that it’s hard to understand.

‘Mum hadn’t collapsed before but she was under so much stress. I had to have surgery to remove a benign tumour from my brain in February and she was so supportive, and then to get the news about my auntie. We think it was too much for her.’

Amanda was put on life support while she underwent tests to establish what had happened.

Kellie said: ‘On Friday they stopped the sedation, but she didn’t come round. She was being kept alive by the ventilators.

‘She was pronounced dead on the Saturday. We found out Jacqueline had also passed on the Friday.’

Jean, who has another daughter, Karena, aged 60, said: ‘I felt like I had been hit with a sledgehammer. I still do. I haven’t taken it all in yet.

‘To lose two children within 24 hours in different countries.’

‘Jacqueline and Amanda were close. They were both very spontaneous and they loved to travel,’ said Jean.

‘There was only three years between them and I still remember finding Jacqueline in Amanda’s cot when she was a baby just stroking her face.

‘They were so affectionate to each other and all their relatives.’

The family is arranging with the German authorities to have Jacqueline flown home so the sisters can have a joint funeral at Gilroes Cemetery in Leicester on Monday, September 30.

Kellie added: ‘My auntie left little notes all over the house. I keep finding them around her house and they say ‘You’re a winner’, ‘Keep Smiling.’ One said, ‘Ich liebe dich’, which is ‘I love you’ in German.

‘I’ve kept them all. The biggest shock for our family is not just that they are both gone, but how.

‘If they had both been in a car that crashed it would be a little easier to understand, but two sisters, three years apart, in different countries who both die of a brain haemorrhage in the same day.

‘We want it to be fun, not sad. We want there to be music and maybe a little dancing, because we know that is what they would have wanted.’