A family has became entangled in a fox trap set in a park, leaving the pooch and his owner traumatised.

Paddy the Labradoodle he broke his own teeth in his frenzied attempt to break free from the trap set in a reserve in Kalamunda, Perth’s east.

Whilst he survived the ordeal, Paddy is still recovering from his injuries and shock, with his family noting that he was distressed well after the incident. 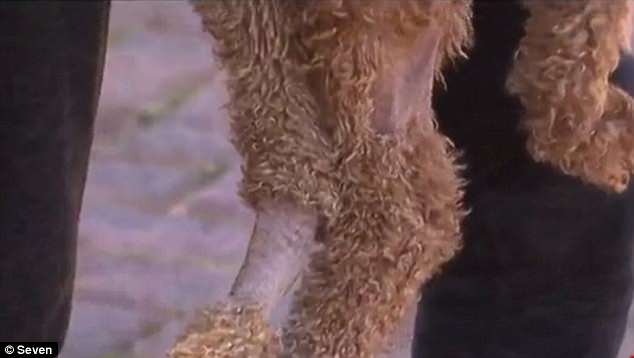 Kalamunda Vet John Houghton told Seven News ‘he was covered in blood, the owner had been bitten, it was fairly horrific for the family.’

The traps are laid at five seperate reserves in the area due to the threat foxes put on native wildlife, however contractors insist that traps are never put on walkways.

City of Kalamunda has removed the devices on Kalamunda reserve whilst the investigation into how this trap ended up on a walkway takes place.

Fox traps are only set for two weeks out of the year, and signs are erected notifying passersby.

Paddy’s family say signs are not nearly prominent enough and that there needs to be more of them in affected areas.

The heavy metal traps are non-lethal but can, and have, caused injury to dogs and cats who find themselves caught.

Councils insist on pets wearing leads, especially whilst these traps are in use. 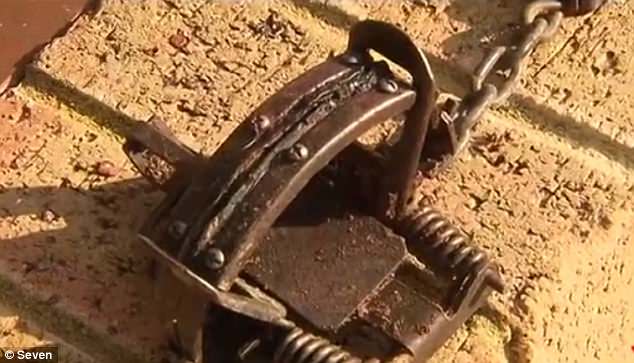 The metal fox trap (pictured) is non-lethal, but can cause harm to dogs and cats who get trapped in it