A family have revealed their holiday hell after finding their Pontins chalet covered in filth and witnessing ‘fist fights’ break out in a children’s play area.

Christie Bunney and her family arrived at the resort for a week’s break – but they were not prepared for the ‘atrocious excuse for a holiday’ that awaited them.

The mother-of-two said the family was checked in by a ‘very grumpy man’ before later being met with mould, sand, hair, graffiti and even poo inside their chalet.

She also claims that her two children were forced to watch on as a woman was escorted from a soft play area after ‘fist fights’ at the site in Southport, Merseyside. 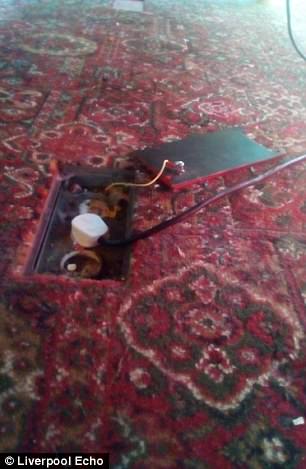 Ms Bunney said: ‘In the bathroom, there was sand and hair in the bath, poo still in the toilet, and the bathroom mirror was filthy.

‘In the bedrooms, the window sills and curtains were visibly mouldy and in the back bedroom graffiti had been scratched into the wardrobe and radiator.

‘In the front bedroom, the back of the door was covered in blue graffiti. The floor was filthy throughout the chalet. We found receipts, ping-pong balls and food.

‘But the worst thing was tablets, which my three-year-old daughter actually found, and luckily I was stood just behind her and saw her pick them up.

Christie claims in the kitchen there was hair and rubbish in drawers and food that had been left in the oven and cupboards. 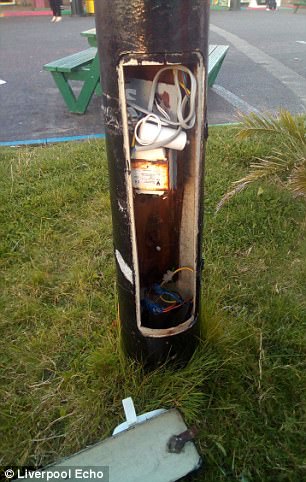 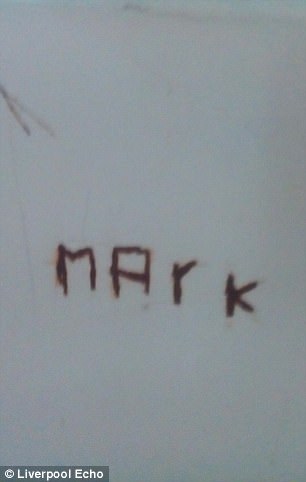 During their stay, the family also tried out the facilities, including the children’s Fun Factory, mini-golf course and soft play area, all of which they claimed were sub-standard

After seeing the state of their chalet, Ms Bunney said she went straight to reception to ask to be moved to a cleaner one.

But she claims she was told the resort was full and there were no other chalets available.

The family had pre-booked tickets for Blackpool Tower and Chester Zoo as part of their trip so begrudgingly stayed in the chalet, in the hopes of still being moved.

She then rang the Pontins booking line numerous times to be moved to the site at Prestatyn, but claims she was told it would cost £450 as they had started their holiday and it would be taken as a new booking.

Toilet paper stuck to the ceilings

Screws sticking out of the walls in the chalet

A lamppost on site was left open with wires hanging out

The fuse box in the chalet making a loud buzzing noise

There was no 2017 PAT test done on appliances

There was no answer on the emergency helpline

During their stay, the family also tried out the facilities, including the children’s Fun Factory, mini-golf course and soft play area.

In the Fun Factory, Christie said her children were even ‘caught between arguments and witnessed fist fights’ and there was litter and a lot of broken game machines.

She added: ‘I didn’t realise that we would be putting our children in danger by going there. The park was full of litter and the golf course wasn’t much better and full of bottles, rubbish and discarded shoes.

‘My children watched a lady being escorted off site by four policemen and her language was foul.

‘When my husband had returned to the chalet, he had found our neighbours fighting out on the grass in front of the chalets.’

Ms Bunney said that when she finally got to speak to the site’s duty manager, she gave her children vouchers for a free teddy bear and told her son ‘his teddy would protect him from all the shouting and fighting’.

But, despite complaining throughout the week, the family were never removed and are now demanding a refund for the full price of £149.

Ms Bunney, from Fareham, Portsmouth, said her family had visited a number of Pontins resorts over the years.

She added: ‘Since we have come back, everyone has asked my five-year-old if he enjoyed his holiday and he says that all he saw was fights and bad people.

‘I have sent a complaint email to Pontins and it could take up to 28 days for them to reply. For the horrendous things we have witnessed, we want a full refund for the atrocious excuse for a holiday.’

Her husband was breathalysed when trying to leave; when he asked police why, they said ‘everyone who drives out of Pontins in the evening is breathalysed’. 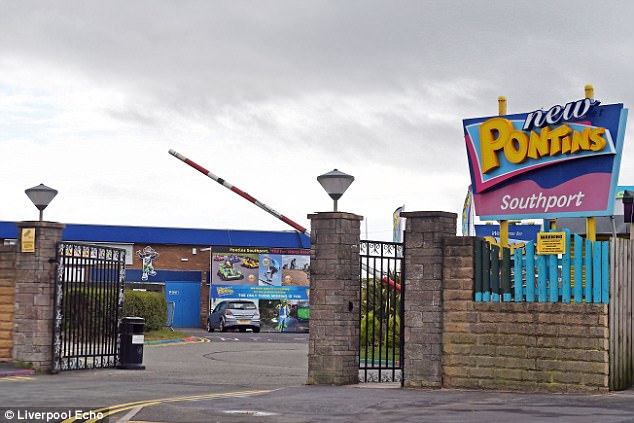 When the family rang Pontins to be moved to the site at Prestatyn, they were told it would cost £450 as they had started their holiday and it would be taken as a new booking