Family moving to Holland so they can treat their son

A family are moving to the Netherlands so they can legally treat their epileptic son with medical cannabis.

Alfie Dingley is believed to be one of only five boys in the world with a rare form of epilepsy that can cause hundreds of seizures a day.

The five-year-old’s parents Hannah Deacon and Drew Dingley, want to treat the seizures with medical cannabis oil, but could be jailed if they do so in their Warwickshire home.

Alfie Dingley, his parents Hannah Deacon and Drew Dingley and his sister Annie will be moving to Den Haag so Alfie can be treated 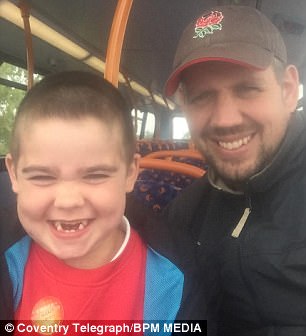 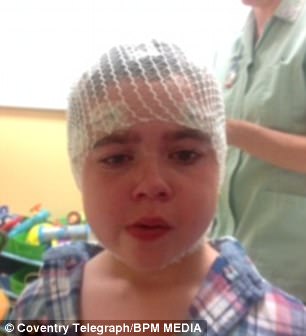 The five-year-old’s parents want to treat his seizures with medical cannabis oil, but could be jailed if they do so in their Warwickshire home

PCDH19 Epilepsy is a rare epilepsy syndrome caused by a change or mutation of the PCDH19 gene found on the X chromosome.

The first seizures usually occur between 3 months and 3 years of age with an average of 9 months.

About 1 in 10 girls that begin having seizures before the age of 5 may have PCDH19 Epilepsy.

Alfie’s mother Hannah gave up her full-time job in the travel industry to care for her son.

Ms Deacon, from Kenilworth in Warwickshire, said: ‘Alfie is deeply affected by the drugs he is given.

‘The IV steroids Alfie takes when he has a cluster of seizures have serious side effects. They are toxic and cause him to be very aggressive.

‘We have done a lot of research into whole plant medical cannabis and have found many parents around the world who are using it effectively to either reduce or stop very aggressive seizures.’

If Ms Deacon were to give Alfie medical cannabis in the UK, she could be jailed for up to 14 years. 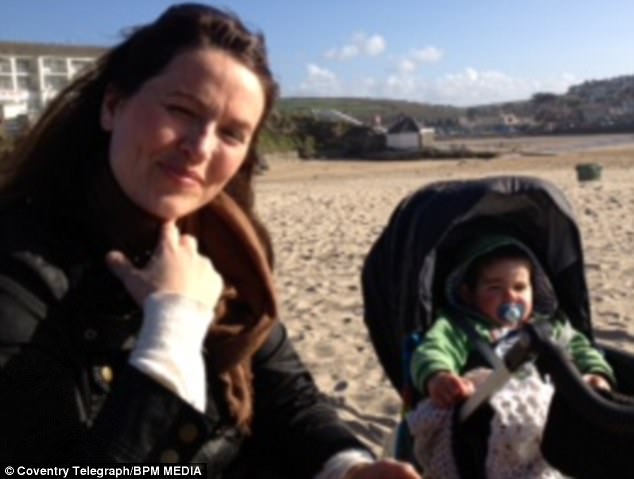 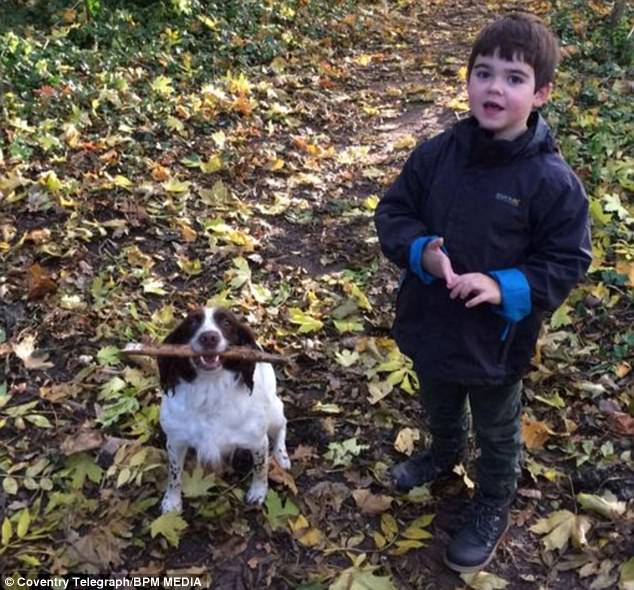 Alfie spent four months at Great Ormond Street Hospital when he was younger and was diagnosed with PCDH19, an extremely rare genetic disorder, at the age of four

CANNABIS FOR MEDICINAL USE

Campaigners continue to argue for cannabis to be made legal in the UK to help people with chronic pain and anxiety.

According to the All Party Parliamentary Group on Drug Policy Reform, thousands of people in UK already break the law to use cannabis for medicinal purposes.

Following a debate in 2015, the government said: ‘Substantial scientific evidence shows cannabis is a harmful drug that can damage human health.

‘There are no plans to legalise cannabis as it would not address the harm to individuals and communities.’

The Home Office ruled cannabis ‘can unquestionably cause harm to individuals and society’.

She added: ‘This is an absurd situation. We are having to move to a new country to get treatment which could transform Alfie’s life.’

Alfie spent four months at Great Ormond Street Hospital when he was younger and was diagnosed with PCDH19, an extremely rare genetic disorder, at the age of four.

The condition usually only affects girls and Alfie misses out on the majority of his schooling because of his condition.

He also has learning difficulties and rarely has the chance to socialise with other children.

The couple will be moving to Den Haag with Alfie and their three-year-old daughter Annie next week.

They are asking for donations on a JustGiving site to help fund their move and have so far raised almost £2,000 of their £15,000 target.

Hannah said: ‘It’s been very traumatic couple of years for us as a family, but we are willing to do absolutely anything it takes for him to be well.

‘We now have to raise enough money to take Alfie abroad so we can try this life saving medicine with him, in the hope that it gives him the chance of a normal and happy life.’