Family of American teen shot dead by cops in Mexico want the U.S. government to intervene

The family of an American teen from North Carolina who on Tuesday was shot dead by a police officer in Mexico is asking the United States government to intervene in the investigation.

The plea for help from the Trump administration came Friday afternoon, less than 24 hours after Alexander Martínez was laid to rest in his parents’ hometown of Acatlán de Pérez Figueroa in the southern state of Oaxaca.

His friend Carlos Ramos, 15, was also wounded in the head during the shooting in which the police said they mistook Martínez for an area criminal.

Alexis Martínez (left) called on the United States government to send federal agents to support Mexican officials in the investigation of the death of his younger brother, Alexander Martínez (right) 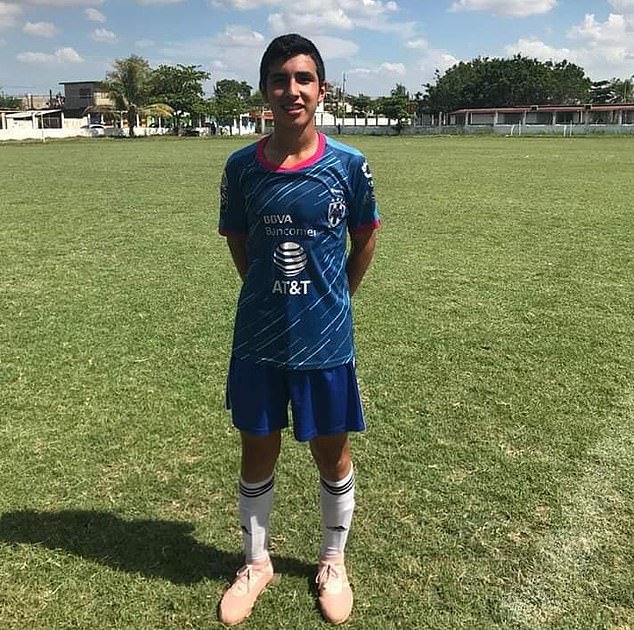 ‘I really want the United States government, President Trump to see this and that he send us support because this should not stay that way. They murdered one American citizen and tried to kill the other, but they did not succeed,’ Alexis Martínez told DailyMail.com in a telephone interview moments before the he and his family were set to participate in a demonstration for his 16-year-old brother.

‘I don’t know which agency will be sent here to Mexico to investigate, because he was an American citizen and I really feel that they should help us. Right now the consulate here is helping us. But I would really like someone to be sent to investigate.’

Alexander Martínez was hanging out at the family home awaiting a pizza delivery for a friend’s birthday party. He was among a group of teens who were on their way to buy soda at a local gas station Tuesday night when they were suddenly intercepted by the police, whose patrol pickup truck siren lights were turned off.

A law enforcement agent told the Associated Press on Thursday that the cops had set up a checkpoint. 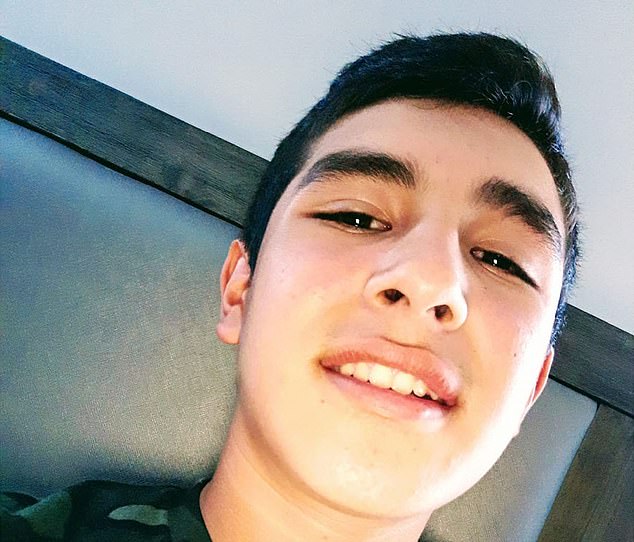 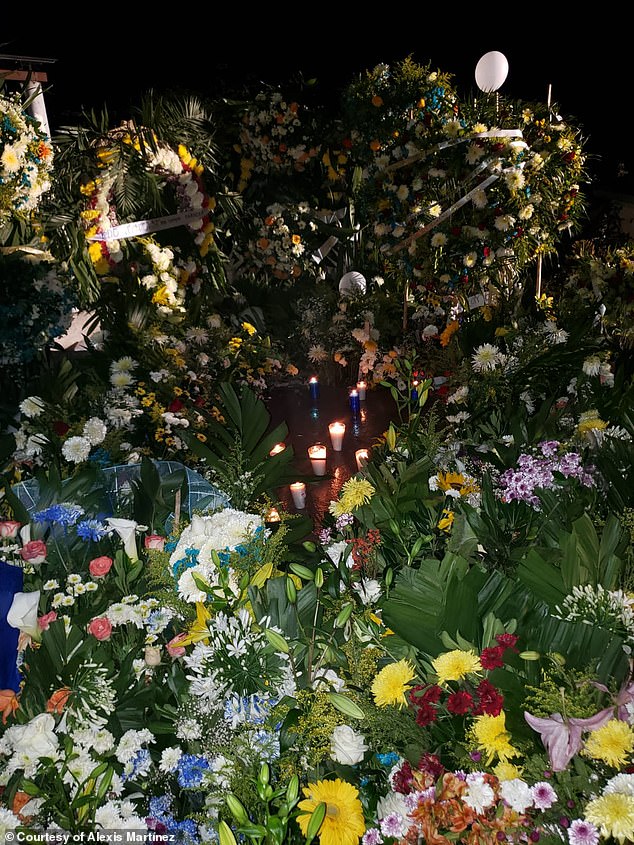 A memorial set up for Alejandro Martínez, the 16-year-old American from North Carolina, who was mistaken for a criminal and gunned down by the police while he was riding a motorcycle to pick up soda in at a gas station in Mexico on Tuesday

Fearing they were going to be ambushed – the city of Acatlán de Pérez Figueroa is often the center of violent events involving criminal organizations – the teen ignored the checkpoint and kept going.

The police subsequently fired several shots, including one that struck Martínez in the head head, and seriously wounded Ramos, who is currently hospitalized.

A town resident saw the moment one of the police officers planted a gun on Martínez’s right hand and rushed at the cop to stop him from possible tainting the shooting scene before other villagers rushed the site amidst the commotion.

‘When the cop saw that the woman noticed …  she told him why was he doing that and he only stood quiet and took the gun away. He didn’t say anything,’ Alexis Martínez said.

The 19-year-old accused the police of covering up the crime because they told the family that the police officer who shot his brother fell off the pickup truck’s flatbed, causing his service weapon to go off and kill Alexander Martínez.

‘That is a vile lie. They are putting the rope around their necks,’  Alexis Martínez said. ‘There are already two excuses when neither is true. They had the lights off. It was not a checkpoint. They didn’t say, ‘hey stop’ or something.’

Yair Martínez, a cousin of Alexander Martínez,  told DailyMail.com the family was told that a ballistic tests done on the police officer, who was arrested for shooting the teen, came back negative. However, the family said they did not believe the investigator’s findings.

The cop will be charged with homicide, according to Oaxaca state prosecutor Ruben Vasconcelos.

The distraught brother choked up as he recalled the times Martínez would run up to him and greet him with a hug as soon he got off the school bus in North Carolina while growing up.

He was protective of his older sibling and would constantly defend him against other boys back home during their early years.

The family was fully supportive of Martínez’s decision to relocate to Mexico to in search of his dream of becoming a soccer star in April 2019. His talents on the pitch quickly caught the eyes of the University of the Gulf of Mexico, which offered him a prep school scholarship and signed him on to its third division team, an affiliate of the Liga MX’s Monterrey.

‘It is not fair that because of some policemen, who are not trained to be policemen, he is dead and was confused by someone who was not,’ Alexis Martínez said.