The family of a black man, 38, found hanging from a tree in California have said he died of suicide and not a lynching, after they were shown ‘video evidence’ of the lead-up to his death.

Malcolm Harsch was found dead near a library in Victorville on May 31, just 10 days before the body of another black man, 24-year-old Robert Fuller, was found in suspiciously similar circumstances about 45 miles away in another California town.

The families of both victims cast doubts on the manner of their deaths, at a time of widespread civil unrest following the Memorial Day ‘murder’ of black man George Floyd at the hands of a white cop in Minneapolis.

This comes as six people of color have died in a string of recent hangings across America.

Harsch’s heartbroken relatives have now said they believe he took his own life after seeing surveillance footage from a vacant building near where his body was discovered which appears to rule out foul play.

‘On behalf of the family of Malcolm Harsch unfortunately it seems he did take his own life,’ Najee Ali, a community activist and spokesman for Harsch’s family, said in a statement Friday.

Ali said detectives had also met with Harsch’s family and handed over evidence per their request.

The official cause and manner of his death will be confirmed once toxicology results are returned.

Harsch, who was homeless, was found dead at around 7a.m. on May 31 in the desert city of Victorville in San Bernardino County east of Palmdale.

Emergency responders had been called out to a homeless encampment by Harsch’s girlfriend who said she had been with him earlier that morning but that they had parted ways when she returned to her tent, officials said Monday.

The woman was then alerted by others in the encampment that he had been found hanging from a tree and had been cut down.

People in the encampment performed CPR on him until emergency responders arrived and took over, before he was pronounced dead at the scene. 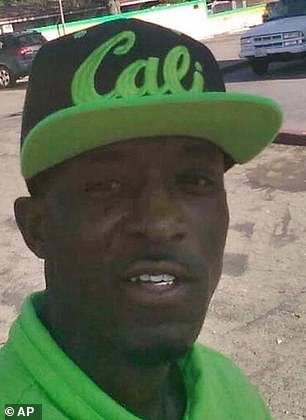 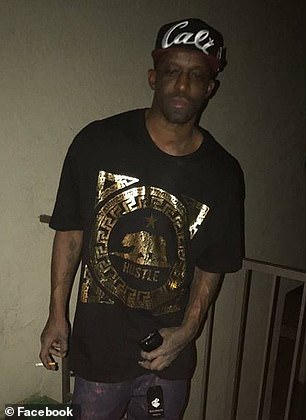 The family of Harsch, 38, (pictured) have said he died of suicide and not a lynching, after they were shown ‘video evidence’ of the lead-up to his death

The San Bernardino County Sheriff’s Department had said that an autopsy was conducted and foul play was not suspected in Harsch’s death, but they were investigating what happened.

Harsch’s family previously said they were skeptical about his death and voiced concerns it would be prematurely ‘labeled as a suicide.’

In a statement to Victor Valley News, they said Harsch had spoken with his children about seeing them soon and didn’t seem depressed.

‘There are many ways to die, but considering the current racial tension, a Black man hanging himself from a tree definitely doesn’t sit well with us right now.

‘We want justice, not comfortable excuses,’ they wrote.

Questions mounted after the bodies of black men Harsch and Fuller were both found hanging from trees just 10 days and about 45 miles apart in the same state.

The two families demanded independent investigations be launched into their deaths and the FBI announced it would examine both cases.

Fuller was found dead hanging from a tree outside Palmdale City Hall on June 10.

His death was initially ruled a suicide, but his family has insisted he was not suicidal and say his death was ‘a lynching’. 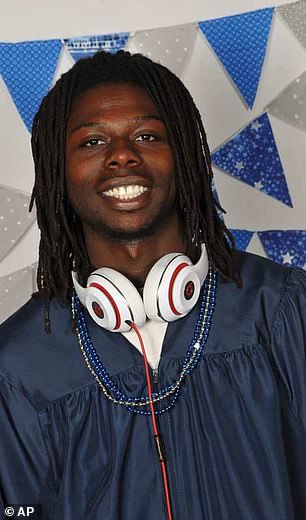 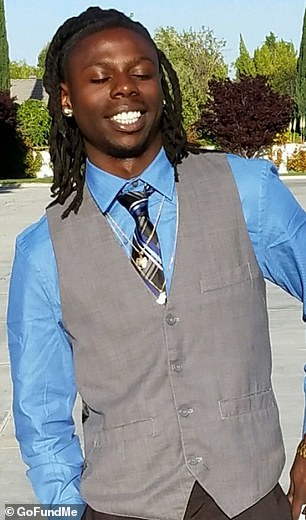 Robert Fuller, 24, was found hanging from a tree on June 10 – 10 days after Harsch’s body was found in suspiciously similar circumstances about 45 miles away. Authorities are now conducting a full investigation into his death 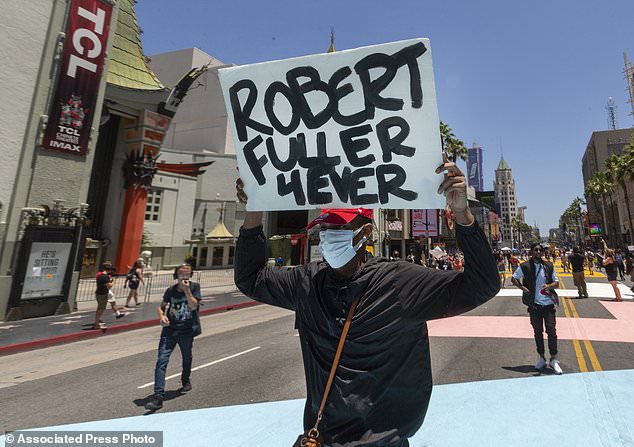 A demonstrator carries a sign reading: ‘Robert Fuller 4Ever’ during an All Black Lives Matter march organized by black members of the LGBTQ community, in the Hollywood section of Los Angeles on Sunday

The case has garnered nationwide attention and more than 1,000 people turned out for a protest and memorial last weekend, held around the tree where his body was found.

Fuller’s family now faces a double tragedy after his half-brother was shot dead by cops exactly a week after the 24-year-old’s death.

Terron Jammal Boone, 31, died after opening fire on deputies in Rosamund, north of Los Angeles, on Wednesday, when he was about to be arrested for allegedly holding his ex-girlfriend hostage.

Suspicions are building after six people of color have been found dead in a spate of hangings across the country since May 27, amid bubbling racial tensions.

One woman, four men – including Fuller and Harsch – and a teenage boy have been found dead in separate incidents in Portland, Oregon, Southern California, Houston and New York City.

Most recently, a black 17-year-old boy was found hanging outside an elementary school in Houston Wednesday morning.

This came just two days after a Hispanic man was found hanging in the city outside a store.

On June 9, 27-year-old Dominique Alexander was found hanging from a tree at Fort Tryon Park in Manhattan, New York City.

And over in Portland homeless black woman Otis ‘Titi’ Gulley, 31, was found hanging from a tree in Rocky Butte Park on May 27.

Fears are mounting that at least some of the deaths could be the result of foul play.