Family of British tourist, 20, who disappeared from a NSW beach say they are in a ‘living nightmare’

Authorities have been desperately searching for Hugo Palmer and Erwan Ferrieux (right and left), both 20, after their abandoned rental car was found at Shelly Beach near Port Macquarie on Sunday

A 20-year-old British tourist had delighted his family with images of a picturesque coastline as he travelled through Australia on a trip of a lifetime.

But Hugo Palmer’s aunt says his grand adventure has become ‘a living nightmare’ since he and his French schoolmate Erwan Ferrieux, 21, disappeared from Shelly Beach in Port Macquarie on Sunday.

Mr Palmer had been staying in Sydney and Melbourne for three months before buying a car and heading north with his best mate.

Towels and clothes belonging to the pair were found on the sand of Shelly Beach in Port Macquarie, northern NSW, at about 6.30am on Monday, along with their car containing their passports.

Mr Palmer’s aunt, Lorraine Tilling, said he worked hard in their home town of Forest Row, Sussex, to afford the plane ticket before he left on November 1.

‘He was having an absolute ball, it really was the trip of a lifetime,’ she told Daily Mail Australia on Wednesday.

‘He’d been working hard, he’d only just got the money to buy the car and was so excited to be starting his great adventure.

‘He kept sending us the most fantastic pictures, Australia is beautiful and we were so excited for him.’ 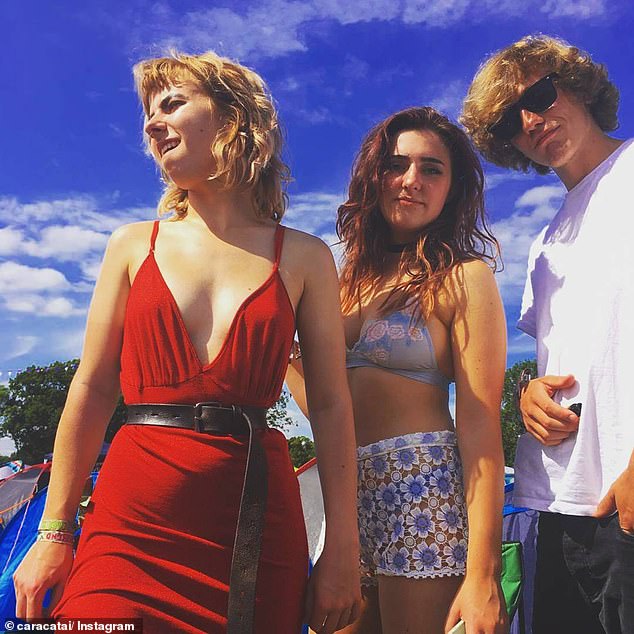 The family of British man Hugo Palmer (right) are said to be deeply distressed at the 20-year-old’s disappearance, and say they are in a ‘living nightmare’ 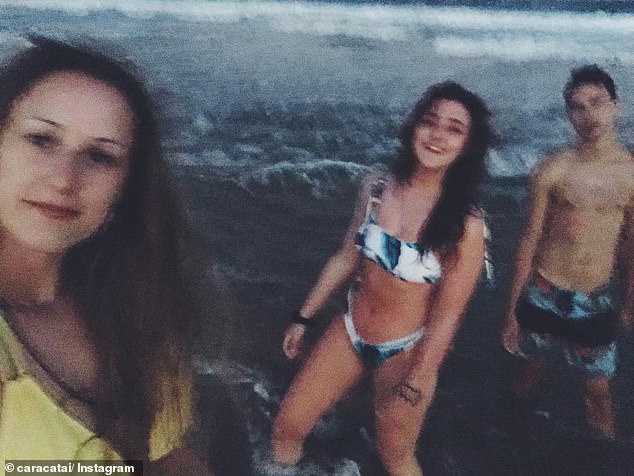 Caraa Blackburn (left) and Emily Powell (centre) were supposed to meet up with Hugo Palmer and Erwan Ferrieux, both 20, for the trip of a lifetime later this week

Ms Tilling said her brother Stuart Palmer, Hugo’s father, was ‘beside himself’ and the family was clinging to a glimmer of hope that he is still alive.

‘This is just a living nightmare for us, it’s a really hard time,’ she said.

‘We’ve had no contact (from police in Australia about the search), no idea what’s going on, and we’re so far away.

‘He’s our little star and we just want him back safely.’

Mr Palmer’s Instagram profile shows him and Mr Ferrieux enjoying their adventure through Sydney last month, having set off on their journey across the world in November.

In the pictures, the duo can be seen relaxing on sun-soaked beaches and fixing up a car they bought. 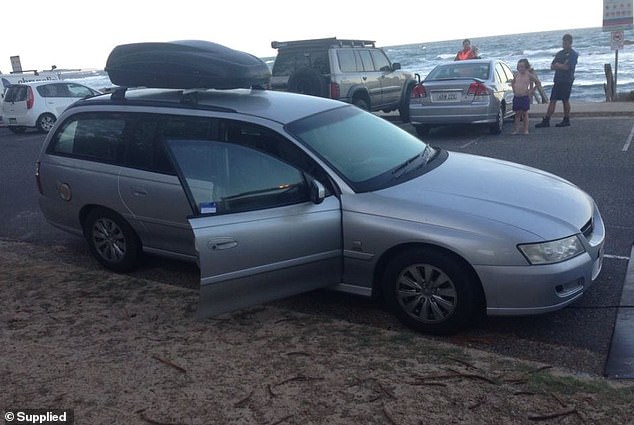 Authorities found a car belonging to the pair, which contained their passports, near the beach on Monday morning 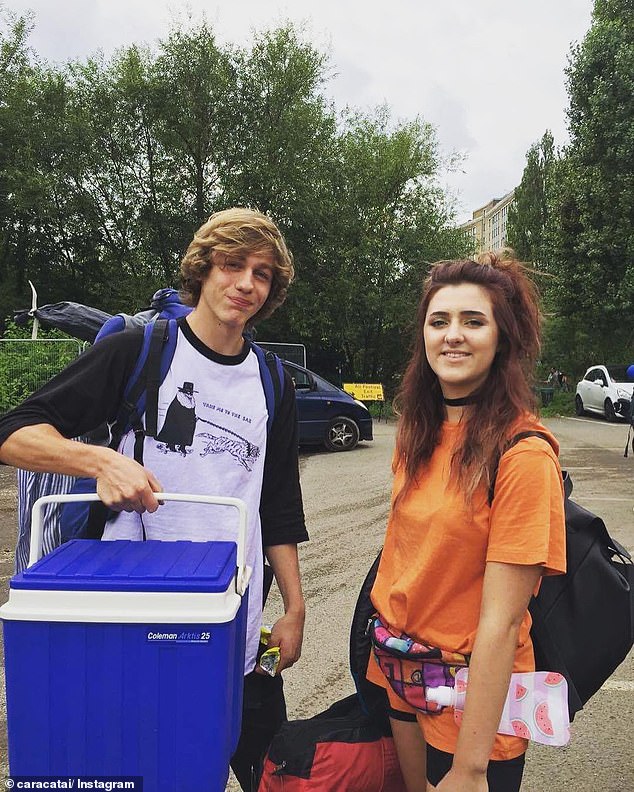 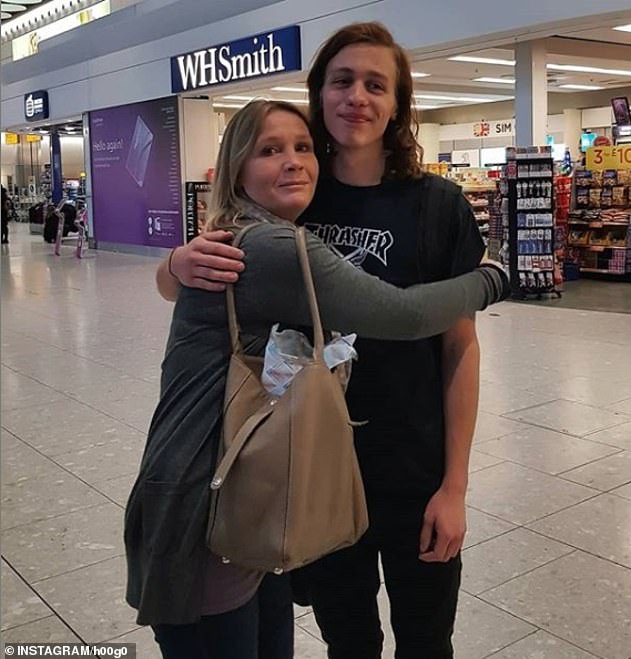 Since news of their disappearance began to spread, well-wishers have been flooding the comments section on the pictures with messages of support.

‘I hope you guys are OK,’ the post read.

‘I hope God is with you in your hearts protecting you and loving you. May he send you back to your families and friends filled with happiness.’

Ms Tilling said Mr Palmer was due back in Britain in a couple of months and his adventure really only just began a few days ago when he and Mr Ferrieux bought the car. 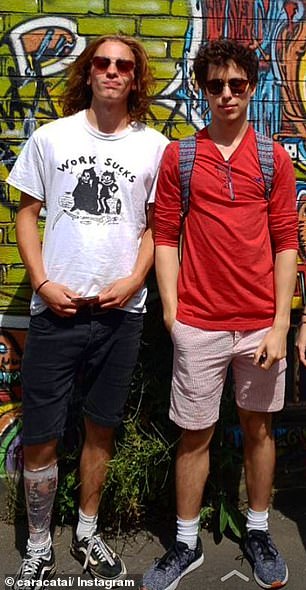 Police say they received new information on Wednesday that led them to believe the men could be alive, despite disappearing for so long

‘They didn’t really have a plan, he was getting in the car with his best mate and driving and seeing everything,’ she said.

The pair travelled to Australia with friends from their home town, Caraa Blackburn and Emily Powell, who planned to meet up with them later this week.

Police said the girls were in Sydney when their friends went missing and quickly drove up to Port Macquarie to help with the search.

‘Those two young women, they are from overseas as well, they are friends of the missing men,’ Inspector Peter Neville told reporters.

‘They were due to meet with them in Port Macquarie and have travelled here today to not only support the operation but their friends.’

Ms Blackburn’s Instagram showed both of them taking in the sights of Sydney and Melbourne and taking a swim on a Sydney beach with Mr Palmer on Christmas Day.

On Wednesday night she shared a heartbreaking picture of the ocean off Shelly Beach with the caption ‘give us our boys back you monster’.

Mr Palmer spoke of his excitement to travel around Australia with his three great friends on the day he departed Britain.

‘The day is finally here that I’ll be travelling to the other side of the world with my amazing friends,’ he wrote, before tagging the trio.

‘Can’t wait to make some great memories and I couldn’t do it without you guys.’ 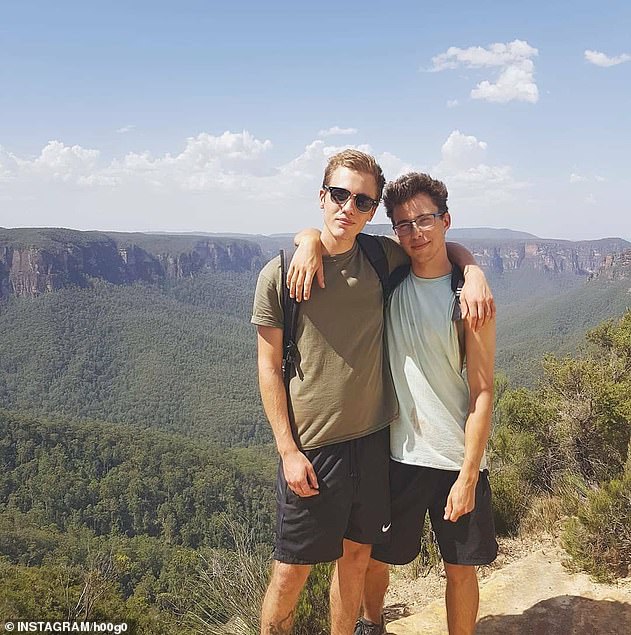 Mr Palmer (left) had spoken of his excitement to travel around Australia with his three great friends on the day he departed Britain, and had kept his family updated with pictures of his travels 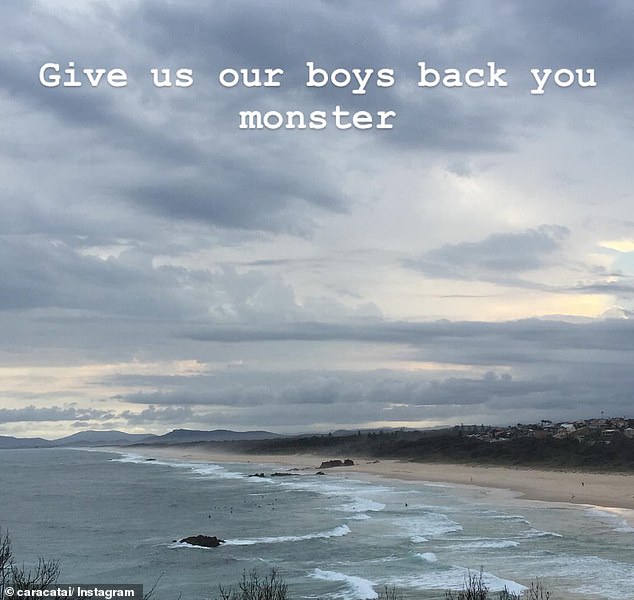 On Wednesday night Ms Blackburn shared a heartbreaking picture of the ocean off Shelly Beach with the caption ‘give us back our boys, you monster’ 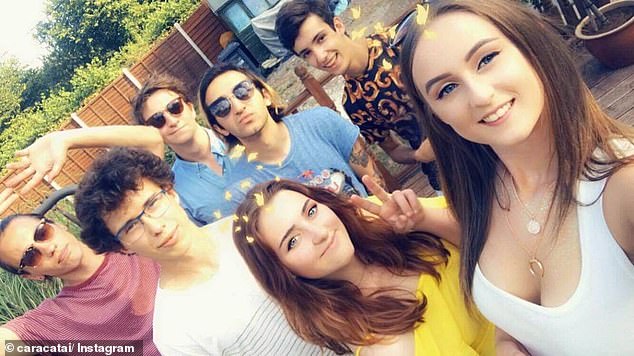 Ms Blackburn and Ms Powell had documented their friendship with Hugo Palmer and Erwan Ferrieux, both 20, on social media ahead of their international trip with the duo

Another of Mr Palmer’s aunts, Alice, also arrived in Australia from New Zealand on Wednesday to assist in the search.

His parents do not yet plan to fly in.

Police on Tuesday night admitted Mr Palmer and Mr Ferrieux had most likely drowned due to the conditions, but they had new hope on Wednesday morning.

‘From some of the discussions we’ve had this morning, we honestly believe that these people could well be alive,’ Inspector Neville said.

‘At this point in time we have not put a time frame on the search, our efforts are entirely to locate these two men.’

However, the air and sea search will be scaled back on Thursday based on ‘advice from experts’, but continue on the foreshore and coastline. 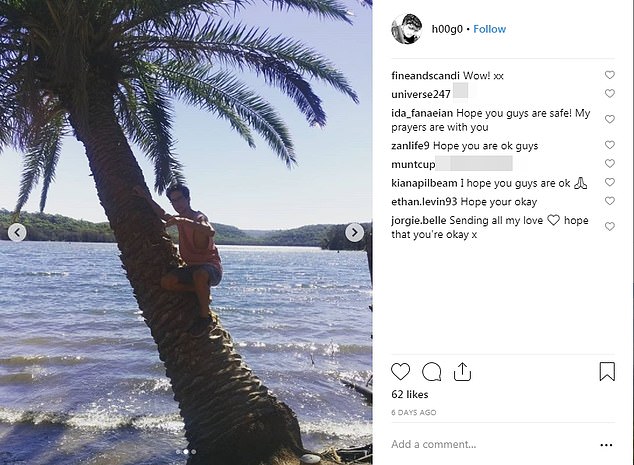 Well-wishers have been leaving messages of support for Mr Palmer and his friend Erwan Ferrieux (pictured) in the comments section of their pictures, despite police fears they may have drowned

Local surf lifesaving club president Bill Amy said one of the problems rescuers faced was that no one knew exactly when the boys entered the water.

‘Shelly is a popular beach but the winds made it somewhat unpleasant to be down there so late on Sunday it’s highly possible no one saw them go in,’ he told Daily Mail Australia.

Mr Amy also said the surf was ‘fairly messy’ on Sunday, which could have made it harder for the pair to deal with.

Mr Palmer, who is from Forest Row in East Sussex, is described as being white, with fair hair, 180cm tall and of athletic build.

The search will resume on Thursday morning.