Loves ones to one of the five late victims in Sunday’s East River helicopter crash are suing the aviation company, a new report has revealed.

In a lawsuit filed this week by Trevor Cadigan’s family, the members claim the company did not provide enough knives to help remove the passengers from their nylon harnesses, leaving them stuck, according to TMZ.

The family further alleged in the suit that the sole survivor in the crash, pilot Richard Vance, 33, was not able to ‘maintain proper control’ of the helicopter.

He also ‘failed to properly perform emergency procedures’ and did not ‘properly secure personal items within the helicopter,’ the gossip site reports of the suit.

On Tuesday, the New York City Office of the Chief Medical Examiner revealed all five victims aboard died by accidental drowning.

The medical examiner’s office came under fire Tuesday by victim Hill’s family for refusing to allow them to view his body.

The victim’s brother, Brendan Hill, said his family was ‘devastated’ after Chief Medical Examiner Barbara Sampson blocked them from seeing the him, according to the New York Daily News.

Sampson said they wanted to provide a picture of his body to confirm his identity, but the family turned her down.

‘My parents fought over a long period of time before they would allow us to view the body. We told them we’re not (settling for a photo),’ Brendan Hill told the local newspaper.

Trevor Cadigan, right, recorded this video at the his helicopter tour of New York City on Sunday. Cadigan and his friend, Brian McDaniel, left, would later be found strapped inside their harnesses in the East River 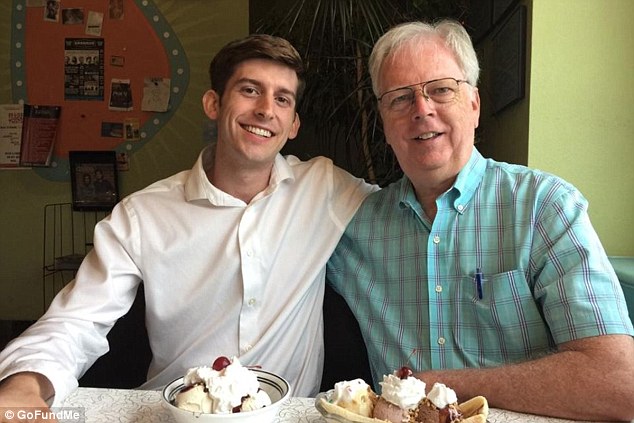 Cadigan is pictured on his GoFundMe page next to his father. The Cadigan family is suing the helicopter company 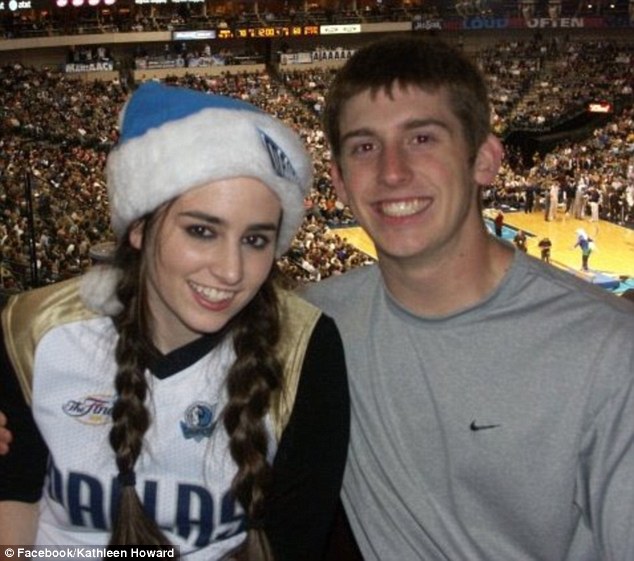 The late journalist is pictured on Facebook smiling next to his sister. He was one of five who died in Sunday’s helicopter crash

The five passengers on board the helicopter drowned to death after finding themselves trapped upside down by their harnesses.

Cadigan was a journalist and his friend, McDaniel, was visiting him from Dallas, where he worked as a firefighter.

Blanco was a tourist from Argentina, while Hill worked for a sightseeing startup and Thompson, a chorus singer.

The harnesses, which had kept them safe while they were in the air, ultimately prevented their escape, the New York City Fire Department revealed yesterday.

Rescue divers found them dozens of feet below below the water inside the capsized chopper, said FDNY Commissioner Daniel Nigro. 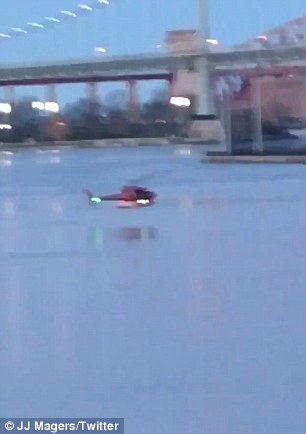 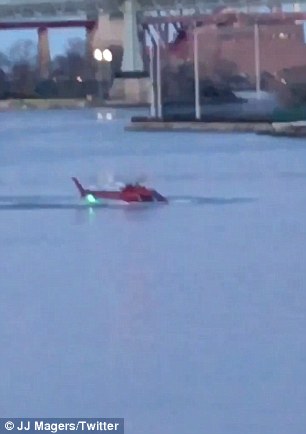 Footage from the moment of the crash shows the helicopter descending upright onto the water as if to land, then hitting the water and flipping over 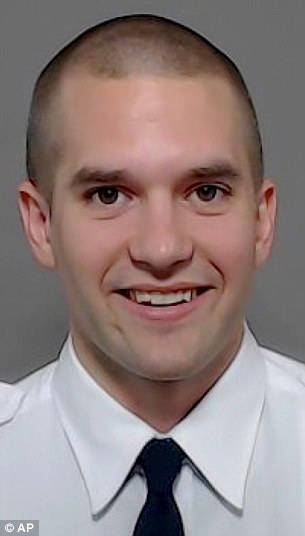 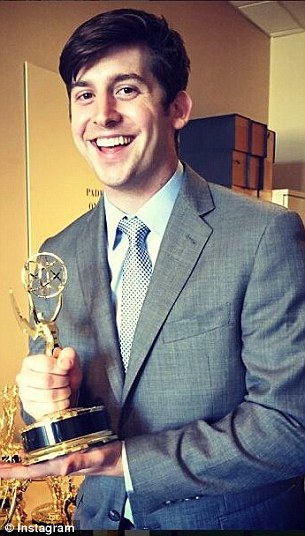 Friends Brian McDaniel (left) and Cadigan (right) were both 26 and hailed from Texas. Cadigan moved to New York in October for an internship at Business Insider 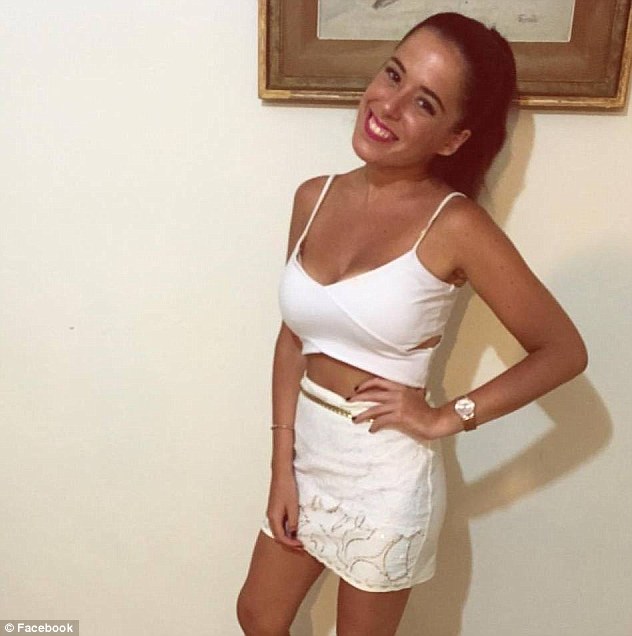 One of the other victims was Argentine tourist Carla Vallejos Blanco, 29 (pictured) 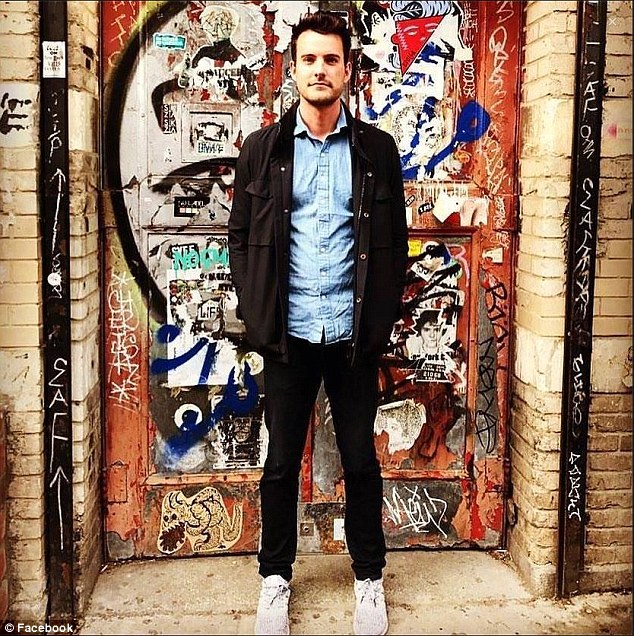 Tristan Hill, 29 (pictured), worked for a sightseeing company and was due to be married at the end of May 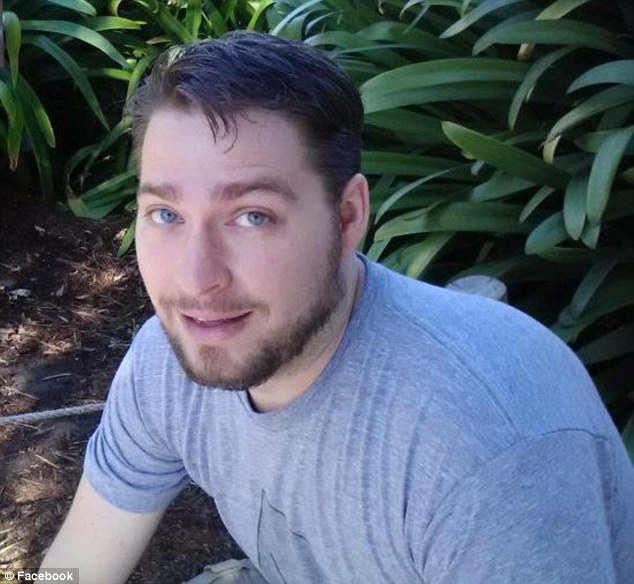 Daniel Thompson was president of the non-profit organization Young New Yorkers’ Chorus, where he had performed since 2008 as a member of the mixed ensemble

‘It took a while for the divers to get these people out. They worked very quickly, as fast as they could,’ Nigro said.

‘It was a great tragedy that we had here.’

A law enforcement source noted how the harnesses did ‘too good a job’.

‘The harness, which was supposed to keep them strapped in while they’re taking pictures, also kept them locked in while they were underwater,’ they told the New York Post.

‘It did too good a job. They couldn’t free themselves,’ the source said.

The helicopter, a Eurocopter AS350, crashed into the water around 7.06pm on Sunday near East 90th Street and Roosevelt Island, in the waters just off of Gracie Mansion. 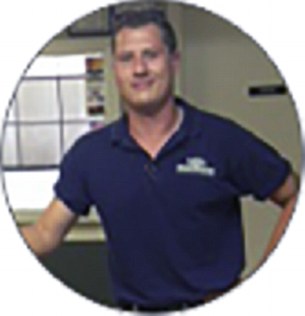 The pilot, Richard Vance (pictured), who is from Danbury, Connecticut, said the aircraft went down because of engine failure.

Pilot Vance escaped the crash moments after impact, but the five passengers were trapped inside, unable to escape from their safety harnesses as the helicopter flipped and sank, police said.

The water temperature was just 39 degrees at the time of the crash.

Two passengers died at the scene and three were transported to hospitals in critical condition, said FDNY Commissioner Daniel Nigro.

Those three were all pronounced dead in the hospital, fire officials said early Monday.

Hill moved to the city a few months ago to work as the director of operations at sightseeing company SightSy.

He planned to marry his fiance Eda Ozmen, a yoga instructor, back in Reno, Nevada, where the Singapore-born man grew up, on May 26.

Thompson was president of the non-profit organization Young New Yorkers’ Chorus, where he had performed since 2008 as a member of the mixed ensemble.

Cadigan also a recent transplant to the city, moving in October to intern at Business Insider.

His friend McDaniel, also 26, was on a trip to visit his longtime friend.The two both attended Bishop Lynch High School together.

Cadigan got a degree in journalism from Southern Methodist University while his friend went into firefighting. 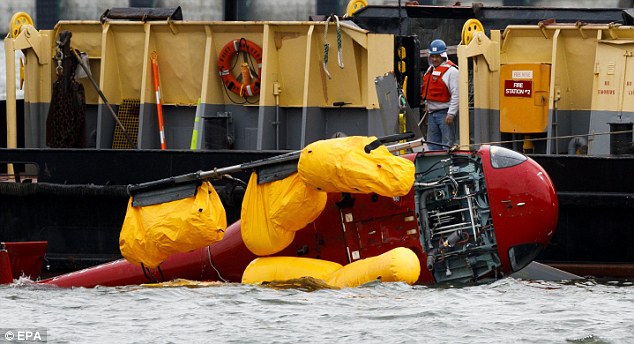 A crane lifts the sightseeing helicopter that crashed on Sunday night from the East River in New York, New York, March 12 2018 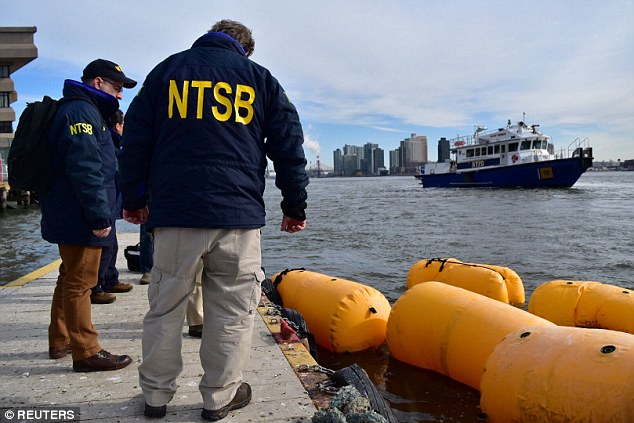 U.S. National Transportation Safety Board (NTSB) Go Team gathers information on scene while awaiting salvage of the helicopter that crashed in the East River in New York, U.S., in this image released on March 12, 2018

The National Transportation Safety Board is looking into whether an emergency flotation device on the helicopter deployed properly.

The floats are supposed allow a helicopter to stay upright, rather than overturning and submerging.

NTSB member Bella Dinh-Zarr said Monday it will be some time before that finding is made.

Sen. Chuck Schumer, a Democrat from New York, is calling on the Federal Aviation Administration to suspend Liberty Helicopters’ operating license until the facts of the crash are known.

Schumer said Monday the tour and charter company shouldn’t fly until officials ‘get to the bottom of this.’

Video shows the dramatic moment the helicopter landed in the water, flipped, and then began to sink into the 39-degree waters.

A few moments later, witnesses saw the pilot surface with a yellow raft. He was rescued by a tug boat.

Part of the reason why it took so long to pull their bodies from the sunken wreckage was because they were strapped in with special harnesses that had allowed them to lean out and take pictures of the city while the doors of the helicopter were open.

‘One of the most difficult parts of the operation, we’re told, was the five people, besides the pilot, were all tightly harnessed,’ said Commissioner Nigro.

‘So these harnesses had to be cut and removed in order to get these folks off of this helicopter.’