Family of Holocaust survivor in new appeal over her murder

Police have offered £20,000 to catch the killer of a Holocaust survivor who was murdered 27 years after being liberated from a Nazi concentration camp – nearly half a century after her death.

Emmy Werner was found dead aged 68 by a chambermaid at Queens Hotel in Bayswater, west London, the day after a trip to the theatre in September 1972.

She had been strangled and suffered numerous injuries at the hands of an attacker, who police believe had been intending to steal from her as she slept.

Now detectives from the Metropolitan police’s Special Casework Investigation Team have offered the five-figure sum in the hope it persuades new witnesses to come forward.

The Metropolitan Police have launched a new appeal for information on the murder of Holocaust survivor Emmy Werner, pictured, who was killed in London in 1972

Mrs Werner was born in Czechoslovakia and lived a comfortable life in the city of Brno until the German occupation in 1939, police said.

In 1942, she was transported with husband Albert and daughter Heddy to the Theresienstadt concentration camp near Prague, where tens of thousands of people were killed by guards, malnutrition and disease.

Months before the end of the war, Mr Werner was taken to Auschwitz, where he was killed in February 1945. Mrs Werner and her daughter, then 17, were liberated during the Allied advance that May.

Now, 45 years after her murder in London, detectives hope the fresh appeal could encourage people to come forward with information about her assailant.

Mrs Werner’s granddaughter Carolyn Franks, 58, said: ‘My grandmother was a vulnerable woman and no one should have to die like she did, especially after the trauma she had already endured.

‘The effect on her close family continues to be a source of great sadness to us and we feel whoever killed her should be held to account.’

A 16-year-old boy was charged within weeks of Werner’s murder, but was acquitted at a trial in February 1973.

The night before the attack, Werner had been to see a West End show at the Vaudeville Theatre in central London. 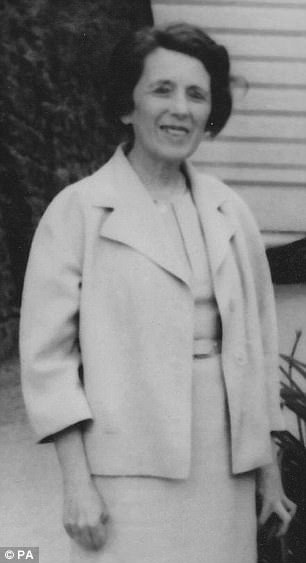 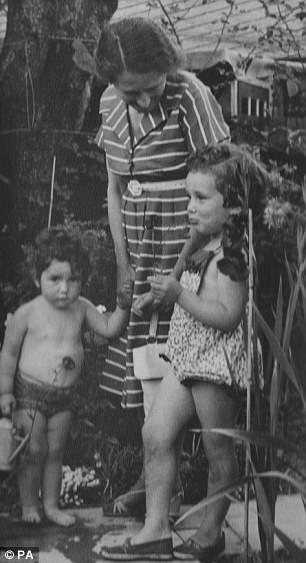 Mrs Werner, left and right with her grandchildren, survived the Theresienstadt concentration camp in her native Czechoslovakia during the Second World War

She is thought to have settled into bed at around 8.30pm, before the attack in the early hours of the morning, police said.

Officers hope to trace people who used to work in and visited the hotel in the 1970s, who were mostly of different nationalities, including German holidaymakers and Swedish staff.

Detective Inspector Susan Stansfield said: ‘Although many years have now passed since Emmy’s death, it remains particularly difficult for her family that she survived the horrors of the Holocaust yet died in such brutal circumstances. Emmy was 68 years old and was physically and mentally vulnerable due to her past.

‘The hotel served a mixture of guests and employed a number of staff who were spoken to by police at the time. 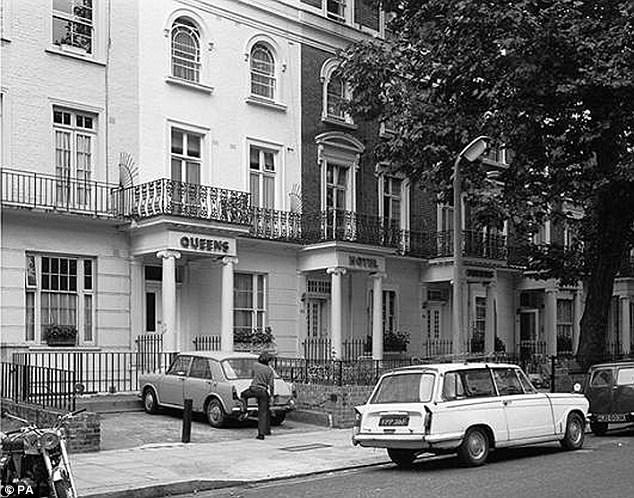 She was found strangled at the Queens Hotel in Bayswater, pictured, in 1972 after she was attacked in her sleep

‘However, with the passage of time, it is possible that the events of that night have since been discussed and there is information that could be really useful to our inquiry.

‘Or maybe someone who was scared to speak to officers at the time might now feel able to come forward.

‘Did you stay or work at the hotel or in the area of Inverness Terrace, west London, in the early 1970s? Has anyone told you anything in confidence that you feel you should now disclose to police?

‘We would also be interested in speaking to the friends – one from the hotel and an Italian woman – who Emmy went to the theatre with that night in case they have any useful information.’

THE CZECH ‘FORTRESS’ WHERE THOUSANDS WERE KILLED

Theresienstadt was a fortress built near Prague in the Bohemia region of Czechoslovakia between 1780 and 1790, named after the mother of the Austrian Emperor Joseph II who ordered its construction as part of a series of fort defences.

By the 20th Century it had become obsolete and began being used as a jail for military and political prisoners.

But after Nazi Germany invaded it was taken over by the Gestapo in 1940 and turned into a ‘Jewish ghetto’, with a smaller fortress within the main building also used for political prisoners. 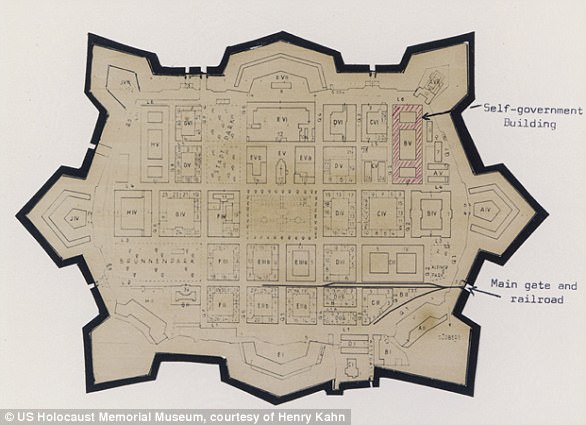 Theresienstadt, pictured, was an 18th Century Czech fortress turned into a concentration camp during the Nazi occupation in World War Two

From 1942 onwards tens of thousands of Jews were imprisoned at Theresienstadt, with the camp serving as a transit stop before they were moved on to extermination camps, including Auschwitz.

The Nazis presented the camp as a ‘model Jewish settlement’ in a propaganda film in 1944, and even allowed the Red Cross entry, with prisoners forced to clean up the camp and build fake shops to convince the visitors they were not operating concentration camps.

But in reality prisoners were shot and starved to death, while others succumbed to disease due to the abhorrent conditions, with around 60,000 people crammed into a barracks designed to fit 7,000 soldiers.

By 1944 the Nazis began deporting the prisoners en masse to death camps before it was liberated by Soviet troops in May 1945.