‘Shameless beast with a human face’: Family of Korean woman who was thrown to her death off a 26-storey balcony by her boyfriend break down in court

The father of a young woman who died after she was thrown from a 26-storey balcony broke down in tears as he addressed his daughter’s killer.

Hee Kyung Choi, known as Emily, was murdered by her former boyfriend June Oh Seo, 38, at a building in Sydney’s Chatswood in October 2017.

Her body lay in a laneway for 12 hours before Seo was arrested after a stand-off with police when he climbed onto a perspex balcony roof at the top of the block.

The victim’s father, Jusuk Choi, wept in the New South Wales Supreme Court as he read out his victim impact statement on Friday.

Ms Choi (pictured) was known as Emily and HK to her friends, was murdered by her former boyfriend June Oh Seo, 38, at Chatswood building in October 2017. 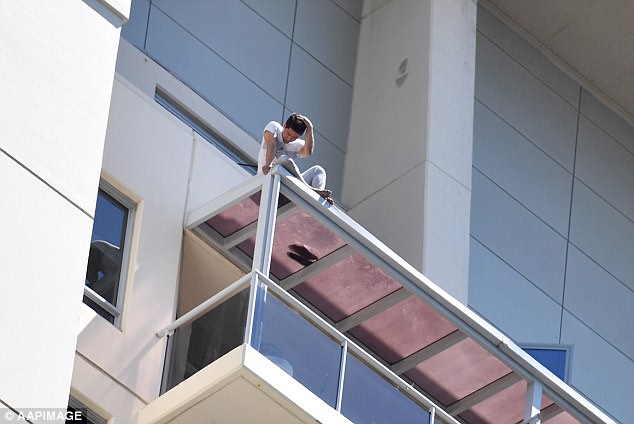 Her boyfriend June Oh Seo (pictured), 37, sparked a 12-hour police seige at the apartment complex after police arrived to investigate reports of the woman’s body in the alleyway

Mr Choi asked how someone could take his daughter’s life ‘so cruelly and brutally’ and then tell police she killed herself by jumping off the balcony.

He told the court he was brought to tears looking at the joy on his daughter’s face in a photo taken with a mayor when she received Australian citizenship months before her murder.

His wife and their son were shattered their daughter was murdered by ‘a shameless beast with a human face’.

‘Because of this pain, we are only hoping each day of living hell passes quickly so we can meet our daughter who we miss so much,’ he told the court in Korean, which was later translated to English.

Ms Choi, who worked in the finance industry, and Seo, a painter, began an intimate relationship in March 2017 and travelled to South Korea the next month to meet each other’s parents. 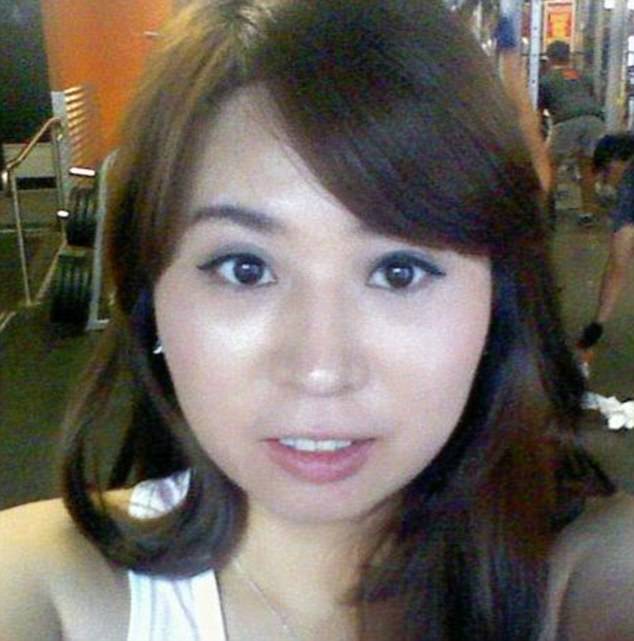 Ms Choi died after she fell from the 23rd floor of her apartment building. Police are still not sure how Ms Choi fell from the building 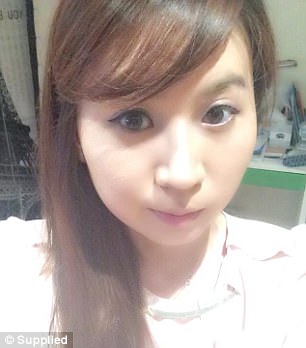 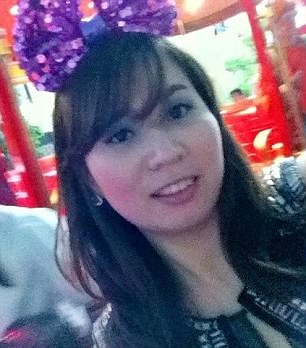 She had told her friends that Seo was possessive and controlling, and that he did not like her being with male friends or clients.

Ms Choi later asked him to move out of her apartment, which he did on August 13 but they still stayed in contact.

He has a history of domestic violence and had been verbally abusive, physically violent to his ex-wife, Sydney Morning Herald reported..

During the stand-off with police, Seo said: ‘Hee Kyung is dead and if I get out of here I am going to get a death penalty’ and ‘I am going to spend the rest of my life in jail … I want to finish myself here’.