The widow of diabetic man who lost his leg after putting his foot in scalding hot water is suing British Gas for more than £100,000 claiming a fault with their boiler was to blame.

Melvyn Kaufman, an optometrist at Moorfields Eye Hospital in London, effectively boiled his foot in ‘domestic water that was too hot’ during an accident in January 2012, Central London County Court heard.

Mr Kaufman, a diabetic, was unable to feel the temperature of the water on his foot due to his condition, which caused a lack of sensation in his extremities.

By the time he alerted his wife, Clare, the scalding water had already stripped his skin away and he had suffered burns so severe that he later lost his leg.

Mr Kaufman, who had already had one leg amputated when he was a teenager, died for unrelated reasons aged 72 in 2016, four years after the accident. 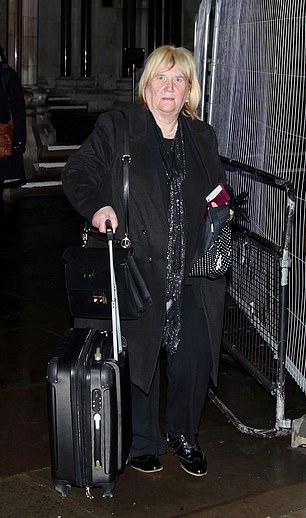 Melvyn Kaufman (left) lost his leg after putting his foot in scalding hot water. His wife Clare Kaufman (right) is now suing British Gas claiming a boiler was to blame

But his widow, 71, is now suing British Gas Trading Ltd on behalf of her dead husband’s estate, claiming a defective thermostat on a boiler the company’s engineers installed and serviced was to blame for Melvyn’s terrible injuries.

But the company’s lawyers insist their engineers were not at fault, and also say football fan Mr Kaufman increased the impact of the burns because he delayed going to hospital so he could watch Spurs play Man City on TV.

They say the accident was caused by a defective thermostat on the couple’s hot water cylinder, which was not installed by British Gas and which no one knew was not working properly.

The court heard that the Kaufmans’ boiler had been fitted by British Gas engineers in August 2011 at their home in Barnet, north London, and an operative had carried out maintenance on it during a ‘Homecare’ visit the day before the accident occurred.

Mrs Kaufman’s barrister Ed Broone told the court that the actions of the engineer during that visit led to the water coming from the hot tap reaching unsafe scalding temperatures.

But Daniel Tobin, for British Gas, denied that, saying: ‘In essence, he says that the domestic hot water was too hot because of British Gas Trading Ltd’s negligence, breach of statutory duty or breach of contract.

‘There is no evidence to indicate that the boiler malfunctioned or generated water hotter than the setting on the boiler thermostat.

‘There is also no evidence of poor practise in the manner the boiler was installed, commissioned or maintained.’

Mrs Kaufman is suing for more than £100,000 on behalf of the estate of her late husband according to lawyers, who said outside court that it was a ‘six-figure claim.’ 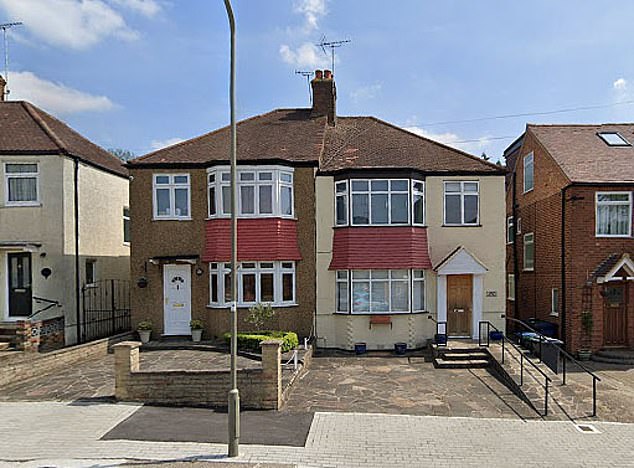 Mr Tobin admitted that there was a British Gas ‘Homecare’ visit the day before the accident and maintenance was carried out, but insisted it had nothing to do with the accident.

‘British Gas denies that it is liable for Mr Kaufman’s accident, which arose as a result of a defect in the thermostat on the hot water cylinder, which was not installed by British Gas,’ he said.

‘British Gas were not requested by the Kaufmans to replace or repair the hot water cylinder.

‘There was no evidence prior to the incident to indicate that it was not operating as it was designed to.’

Mr Tobin also claimed football-mad Mr Kaufman had contributed to the impact of the accident by delaying going to hospital because he wanted to watch Spurs v Man City on TV.

‘He didn’t go to hospital immediately because he wanted to stay home and watch the football,’ he told Judge Nicholas Parfitt.

In the witness box, Mrs Kaufman told the judge: ‘I was worried out of my brain about Melvyn.’

She had not realised herself how hot the water coming from the taps in their home was because she always washed in cold water, she said.

‘I didn’t use any hot water that morning – I don’t like hot water on my skin. I really dislike warm water. I have rosacea. My skin reddens really easily,’ she told the judge.

She explained that her husband had been doing his ‘foot cleaning regime,’ which involved immersing it in a basin of hot water when disaster struck, adding: ‘Melvyn was a man of ritual and method. He was absolutely fastidious about cleanliness.’

But his diabetes meant he couldn’t feel his foot because he suffered dulled senses ‘at extremities.’

Describing the horrific accident, she said: ‘It was one of the most peculiar things I’ve ever seen.

‘He put his foot in the water and I saw the other skin of the foot burst up into a bubble and then fall off and what was left of the foot was cherry red. It was extraordinary. He didn’t scream. It seemed he’d been scalded.’

She told the court that after Melvyn was injured they had asked British Gas to send an engineer to check the temperature of their hot water and that it was recorded as being 80/83 degrees Celsius.

She said: ‘That’s what the engineer told me – I wrote it down in my filofax.

‘He was so alarmed he gave me his private mobile number and said ring him any time and he wouldn’t leave the house until he’s run off all the hot water because it was too hot.

‘Anything above 55C can cause a scald. I was shocked. I didn’t know they could occur at such low temperatures,’ she added.

Mrs Kaufman is suing for more than £100,000 on behalf of the estate of her late husband according to lawyers, who said outside court that it was a ‘six-figure claim.’