When Brandon Wells died suddenly suddenly of lung distress in 2013, he was only 30, the Juul hadn’t been invented and vaping was safe, as far as anyone knew.

The martial arts teacher and masseuse was fit, athletic and, a year prior, had decided to kick his unhealthiest habit: smoking.

He’d switched to vaping to help him give up cigarettes, and it worked.

Then in August 2013, while watching  a movie at home in Fort Worth, Texas, with his mother, Joanne, his lingering cough got out of control and his heart started racing.

But he told her not to worry and she agreed to wait until morning to take him to the doctor.

Instead, Joanne had to find her son in the same spot on the couch she’d left him the night before. Overnight, Brandon’s lungs had given out and he’d died.

Today, over 150 e-cigarette-users in the US have shown up to hospitals with acute lung damage like Brandon’s – and his family suspects it was vaping that killed him, they told WFAA.

‘At the time, all we knew about them was what these companies were telling us, that it was a safer alternative to smoking,’ Brandon’s sister, Crystal, told the outlet.

‘The marketing worked beautifully on him,’ Joanne said.

This was all half a decade before anyone had accused Juul of targeting teenagers and young adult non-smokers with their marketing, social media and advertising campaigns and triggering, according to many health officials a ‘youth vaping epidemic.’

For Brandon, who had started smoking cigarettes in high school, vaping seemed like a great cessation tool.

But before long, he was using his big box-style e-cigarette almost constantly.

His mother told WFAA that Brandon refilled the vape as often as three times a week – though there’s no way to know exactly how much vapor or nicotine he was inhaling, as e-cigarette reservoir container sizes vary, as do e-liquid contents.

‘He was using it all the time,’Crystal said.

‘He no longer had to go out back to smoke any more. He did it all the time because he could.

‘There were no signs that said ‘no vaping’ back then.’

And there was no reason to suspect that anything was wrong with Brandon.

It was a decade too soon for these symptoms to appear for Brandon, an athletic man in his prime.

Brandon taught jiu-jitsu to area children and worked as a masseuse.

‘He was solid muscle,’ Joanne said.

‘There wasn’t a day that went by where he wasn’t working out, doing jiu-jitsu, or eating healthy.’ 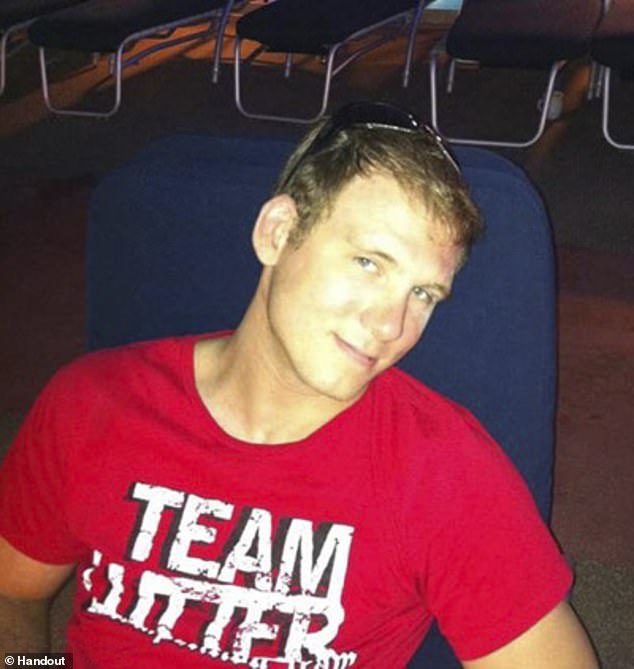 Most people don’t develop smoking-related diseases until they are 40 or older. Brandon died at just 30, only a year after he started using a big box e-cigarette

In fact, that fateful August night in 2013, he convinced his mother his coughing and racing heart were just the result of an intense jiu-jitsu class he’d taught earlier that evening.

The two put on a movie, and eventually Brandon fell asleep.

‘I kissed him on the forehead and then went to bed,’ Joanne said.

She had no inkling what the morning would bring.

‘I touched him…and he was cold.’

A coroner ruled that Brandon had died after suffering bronchopneumonia and a pulmonary hemorrhage and edema.

This year, doctors initially thought that many of the 153 patients with lung injuries and illnesses suspected to be linked to vaping had pneumonia. Their lung scans looked like the complication of a bacteria infection, but their lab tests were negative.

Most of these patients have been teenagers or young adults – not typically the groups susceptible to such serious lung infection.

‘It was a huge shock,” Joanne said.

‘Even the medical examiner said it was unusual.’ 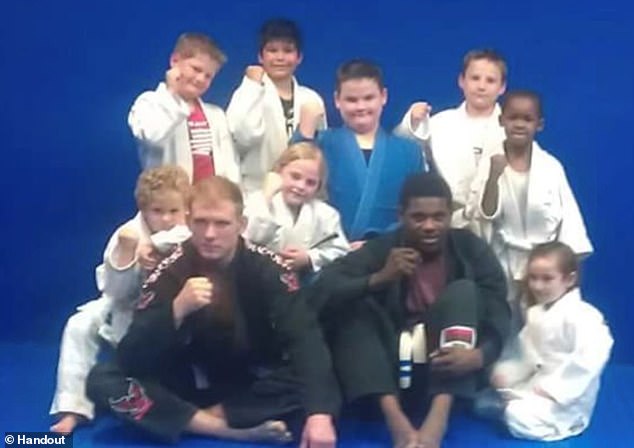 An athletic jiu-jitsu teacher, Brandon did not fit the profile of a young person with deadly lung problems, and no one suspected that the vape he used to quit smoking could make him sick

Crystal’s instincts told her there was a much more concrete explanation than freak tragedy: Brandon’s vaping.

‘I knew then that’s what killed him,’ Crystal said.

‘I 100% believe that if he still smoked regular cigarettes he’d still be here.’

Agreeing with her daughter’s suspicions, Joanne wrote a letter to the FDA about Brandon’s death. They said that they were already investigating health ‘issues’ related to vaping, WFAA reported.

But the FDA didn’t begin making any serious, public moves to regulate vaping until 2018.

Now it’s trying to pry information on what – if any – safety and health effects tests companies like Juul performed on their devices from the manufacturers’ hands.

The CDC this week launched an investigation into reported illnesses that look suspiciously similar Brandon’s.