The family of a Minnesota mom who gave birth while on a ventilator fighting coronavirus is pleading for a transfer to a hospital that could give her emergency live-saving treatment.

Aurora Chacon Esparza, 35, started displaying coronavirus symptoms in early June and was taken to North Memorial Hospital in Brooklyn Center where she was placed on a ventilator.

By June 23, doctors were concerned that her baby was not getting enough oxygen and said she needed an emergency C-section despite being only 30 weeks pregnant.

They delivered a healthy baby girl named Andrea ten weeks prematurely yet Esparza remains on a ventilator 21 days after being admitted.

Aurora Chacon Esparza, 35, has been on a ventilator fighting coronavirus in a Minnesota hospital for 21 days. While there she gave birth to a baby girl named Andrea (pictured) 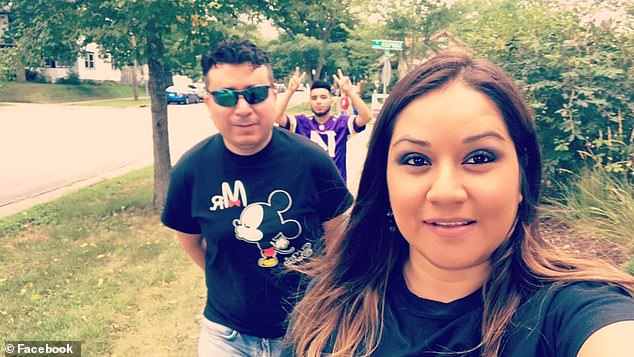 The young mother’s condition is worsening and doctors have recommended that an Extracorporeal membrane oxygenation (ECMO) machine – that will carry out the function of the heart and lungs outside the body – is the only other option.

North Memorial Hospital is not an ECMO center, however, and all requests to be transferred to another hospital for treatment have been denied.

‘She’s one of the strongest persons I’ve ever known. That’s why I have faith she’s going to pull through this. She’s going to make it,’ her husband of seven years, Juan Duran, told Fox 9.

Duran first believed his wife’s trip to the hospital would be brief as the young mother, who already had two children, was healthy when she started displaying coronavirus symptoms.

She went to hospital when she began to cough non-stop and had trouble breathing and was placed on a ventilator on June 19.

‘She is a 35-year-old healthy woman with no pre-existing conditions,’ Duran said. ‘We never thought this could happen to our family.’

Four days later, doctors decided to carry out the C-section, concerned for both mother and baby.

‘That’s when it hit me. I was thinking “okay she’s going to get through this, a few days at the hospital.” But when I received that phone call it just hit me,’ her husband added. 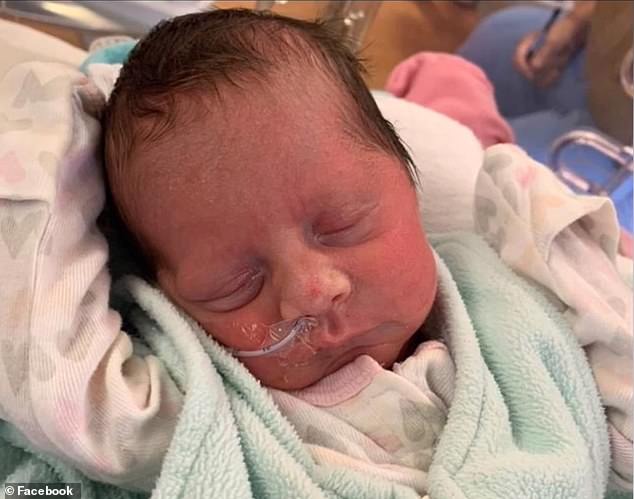 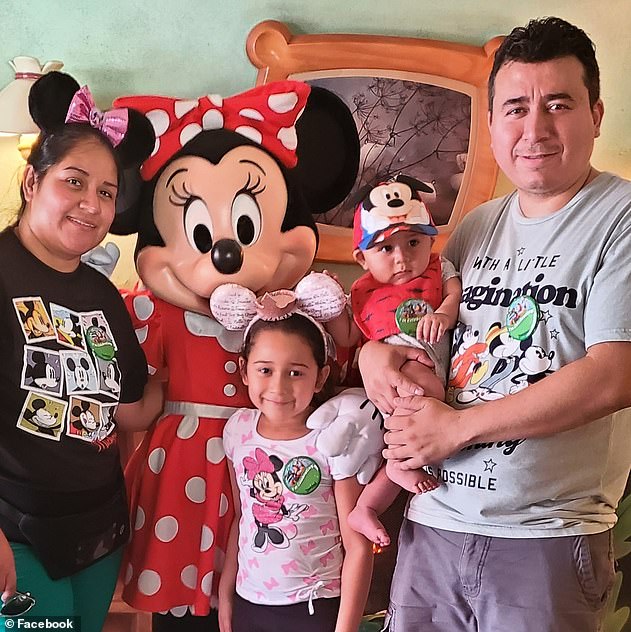 Aurora Chacon Esparza, 35, (pictured left) is fighting for her life from coronavirus in a Minnesota hospital. Her family (husband Juan and oldest two children pictured) are pleading for a transfer to another hospital that can offer her potentially life-saving treatment 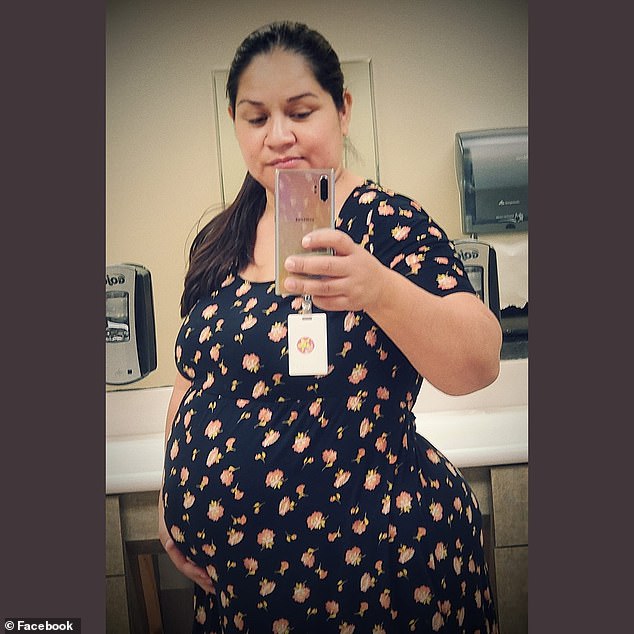 Esparza, who already had a son, 1, and daughter, 7, was just 30 weeks pregnant

Duran said that although on a ventilator, his wife can still see and hear and is somewhat alert.

Baby Andrea is now in the NICU and continues to grow stronger but Esparza has never met her, according to KARE 11.

‘She’s four pounds, two ounces now and her heart is doing great,’ Duran said. ‘She can breathe by herself. She eats, she smiles, she cries.’

Concerns are growing for her mother, however, as the family begs for the treatment that could potentially get her healthy and home to her newborn, 1-year-old son and seven-year-old daughter.

‘About three days ago, [Aurora] started getting worse and worse,’ Duran said. ‘The ventilator was at a 100 percent and the oxygen just keeps going down, down, down.’

North Memorial Hospital has said it is working with other hospitals to try and get Esparza transferred so she can receive the ECMO machine, a form of life support treatment. 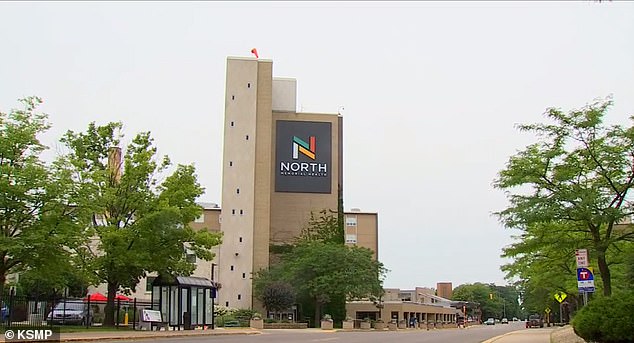 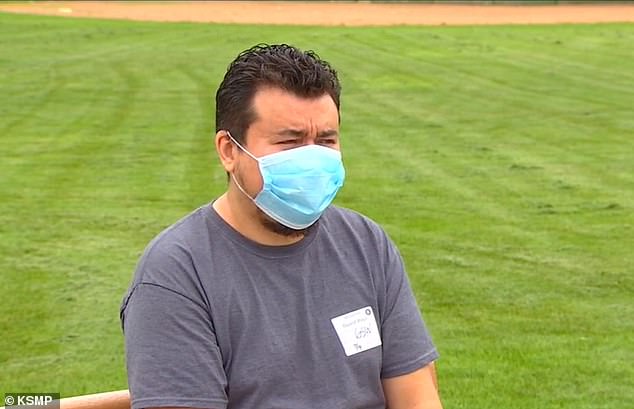 ‘North Memorial Health partners with local and regional healthcare systems to care for patients who would benefit from ECMO, which is a highly specialized service that is typically only offered at ECMO Centers,’ they said in a statement to Fox.

‘We do not offer ECMO as a long-term or ongoing treatment which would be required to treat COVID-19, but we do use it for short-term emergency care as part of our trauma and cardiovascular surgery programs, when needed.

‘ECMO Centers have stringent criteria for accepting patient referrals and our medical teams work closely with these partners to ensure that our patients have access to the care they need.’

Yet doctors have warned the family that transfer requests are being denied because Esparza has been on a ventilator for too long. 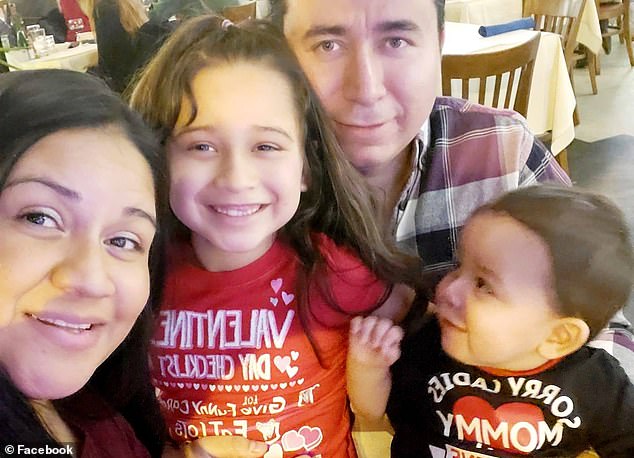 Aurora Chacon Esparza has been married to Juan Duran for seven years and they have three children together – newborn Andrea, a one-year-old son and a seven-year-old daughter 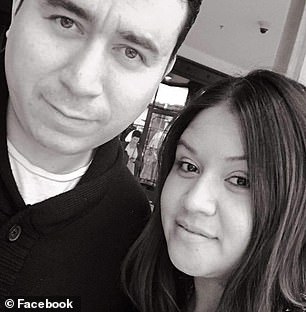 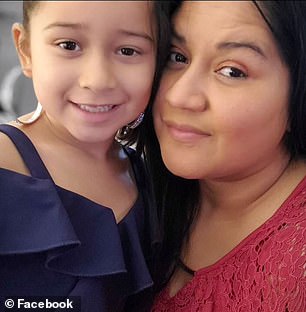 Esparza’s condition is worsening and doctors have said an ECMO machine – that will carry out the function of the heart and lungs outside the body – is the only other option available. Esparza is pictured with her husband Juan, above left, and daughter, above right

‘Aurora’s doctor told me it was because she’s been on the ventilator for too long,’ Duran said.

‘I know it’s a small chance but we want to do everything possible. We want to have all of the resources available even if it’s a one percent chance.’

‘I know there’s big risks but at this point the ECMO machine is the best option to save her life. I was told she could have hemorrhage, lose a lot of blood because of the C-section.’

Despite those risks, Duran said he will keep pushing for her transfer.

‘She’s fighting and we want to give her every chance and every resource available for her to have a chance to survive and be with her kids,’ he said.

Duran added that he hopes others will realize the dangers of coronavirus once they hear his family’s story.

‘Just be cautious because you could be healthy just like my wife and still end up in the ICU on the ventilator,’ he warned. 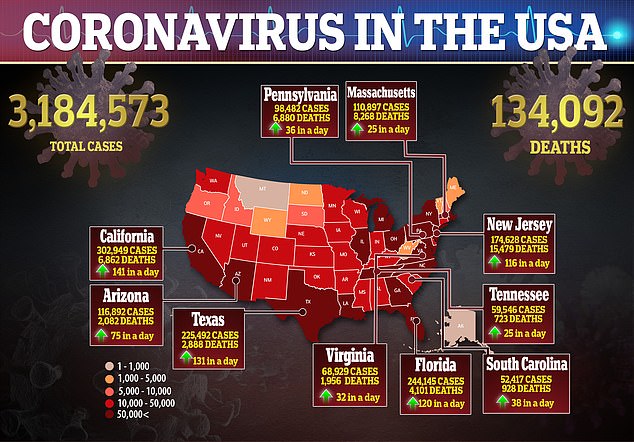 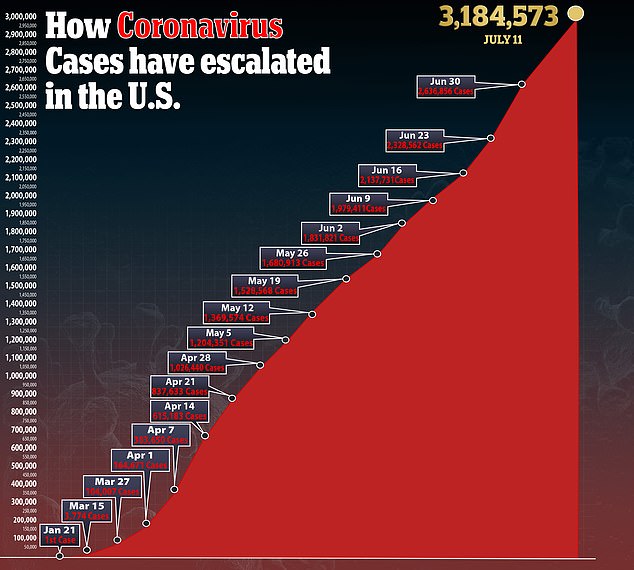